Marissa Nadler: “I Think Everybody Has a Little Anxiety” 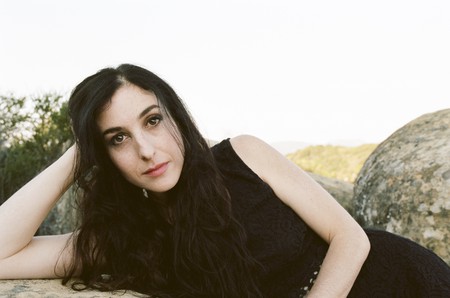 American singer Marissa Nadler is back with her eighth studio album, For My Crimes, a beguiling mix of gothic folk and dark Americana charting a failed relationship. But the master storyteller says she is more interested in collaborating with other women than ruminating over past heartbreaks.

There’s a dreamy seductiveness to Marissa Nadler’s voice, a bewitching siren’s call that hints at stormy clouds rolling onto the horizon, hidden anguish and past heartache. It’s one that soothes and caresses but the enveloping darkness is never far away. Her music, a gossamer haze of evocative gothic folk, has over the years become tied to stories of love and loss. But after 14 years in the business, the singer has finally had enough of talking about her relationships.

This is tricky, because we’re here to talk about her new album, For My Crimes, her eighth studio LP which looks back at the dissolution of a past relationship through perfectly crafted songs of dark Americana. But Nadler is adamant. “I’d really not like to not go into my relationship stuff,” her voice as delicate and languid as it is on record. “It is hard to talk about a lot of these songs without talking about my personal life but there’s a lot of other stuff we could talk about. I don’t want to be pigeonholed. Obviously there are love songs, songs of loss, and applicable themes for anyone who’s loved or gone through tumult.” 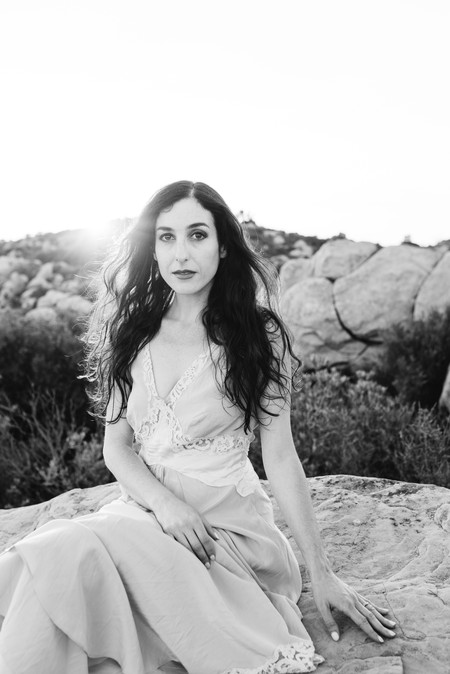 It’s true that it’s simplistic to just say these are songs of heartbreak because it doesn’t convey how masterful Nadler is as a storyteller. She has the ability to communicate complex tales in just a few lines. The title track, ostensibly the story of a death row prisoner, is a sorrowful lament over a lost love. There’s a deep sense of regret, guilt and loneliness that weighs heavy over the album and weaves itself into each song. It’s bookended by closer “Said Goodbye To That Car”, a light-hearted ode to a much-loved vehicle.

“Of course, the overarching melancholy can be traced from record to record. That’s something I’ve always been attracted to but the themes on the record are a little bit more complex than heartbreak. I’m attracted to humanistic stories whether it’s moving or losing passion.” She continues: “I feel in many ways this is my strongest record in terms of the songwriting. There wasn’t a single song I would cut off the record and I feel like it is an album that should be listened to in its entirety.”

Perhaps the singer, who is based in Boston, Massachusetts, finds it hard to talk about the songs because they are so naked in their vulnerability. “It’s my most baring record,” she says. Throughout her career, she has always been able to strip back each song to its core and amplify its emotional resonance. Take her 2007 cover of Leonard Cohen’s “Famous Blue Raincoat”. It’s hard to beat such a legendary icon but her version adds a wistful fragility to the sorrowful tune.

She admits this melancholy is something hardwired into her DNA. Nadler has spoken before about her struggles with anxiety and depression. For a time, performing was a terrifying ordeal for her. But music and art – she studied painting at Rhode Island School of Design and one of her oil paintings makes up the cover of her album – have helped her to turn a corner. She no longer suffers from stage fright and actually looks forward to playing although it’s “sometimes harder than I wish it was”.

She says, “I think everybody has a little anxiety. I don’t know how you couldn’t in this world. I really believe in the power of art and music. People wouldn’t expect someone with songs that sound like this, that the person behind them might be anxious. It’s just healing for me to write them. I hope they have that effect on people when they listen.” 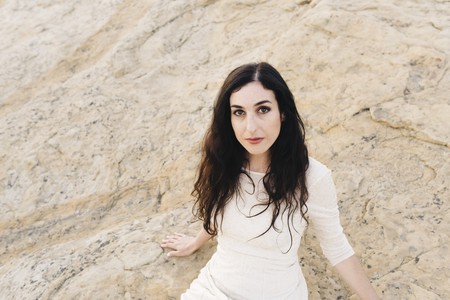 Feminine energy courses through For My Crimes. Nadler deliberately hired only women to play on the album (bar one) and also enlisted her friends Angel Olsen, Sharon Van Etten and Kristin Kontrol (from the Dum Dum Girls) to help out on vocals. Hole drummer Patty Schemel also makes a cameo on the record.

“I made a conscious effort to pick women. Because these are universal themes and very much from a feminine perspective it makes sense for the players to be female. I love the way my voice sounds harmonising with other singers. I’m lucky to count Sharon, Angel and Kristin as my friends. I do think the record is a feminine record.

“Oftentimes the music press will compare female musicians. I see on Twitter ‘so-and-so isn’t as good as so-and-so’. I’m very much of the mentality of having people’s back and supporting female and male musicians. It’s a hard way to make a living. There’s power in numbers.”

She may only be 37 but with her long body of work – eight self-released albums on top of her studio LPs – she’s a true veteran of the folk scene, whose output is consistently brilliant. She once spoke about how female musicians are often “aged out” of the industry but she’s hopeful that won’t happen to her. Artists like Cat Power, Gillian Welch and Emmylou Harris, she says, motivate her to keep creating. “I use them as inspiration that it is possible to start really young and keep getting better. For me, the idea of the ingénue is wonderful but at the same time it’s great to grow and age with an artist.

“I can see that my music has gotten better over the years and my last three records especially. That can only come with picking a craft, focusing on it and doing your best. For me making a record is what I do. It’s not as if I fail I’m going to do something else. I’m in it for life as an artist.”

Marissa Nadler’s For My Crimes is released on 28 September via Bella Union.