Lyft to Introduce First Self-Driving Cars to Streets of Boston 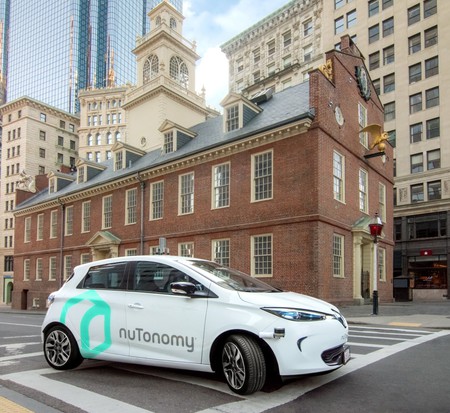 One of nuTonomy's cars in Boston | Courtesy nuTonomy

Lyft has partnered with nuTonomy, a startup founded at MIT, to test a program where self-driving cars will carry Lyft passengers alongside regular traffic on Boston’s roads.

nuTonomy first put self-driving cars on the roads in Singapore back in August 2016, a month before Uber trialed autonomous cars in Pittsburgh.

Lyft and nuTonomy aim to put “thousands” of autonomous vehicles on the road eventually, but initially will launch a limited pilot in the next few months. nuTonomy has been testing driverless cars in Boston since late last year, but the pilot will be the first time Lyft uses self-driving cars for fares.

While Lyft’s main rival Uber has been struggling to develop its own autonomous driving technology, Lyft has focused on forging self-driving partnerships. Last month the company announced a deal with the Alphabet (formerly Google) subsidiary Waymo on autonomous technology. General Motors has also invested $500 million in Lyft, with the aim of putting a fleet of driverless Chevy Bolts on the Lyft network.

Before any self-driving Lyft cars hit the roads of Boston, the company will have to get the go-ahead of the city’s regulators. Currently, nuTonomy has an understanding with the city to operate self-driving cars in a specific area, but that agreement doesn’t cover offering rides to the public. Lyft says it won’t launch the pilot until it has the green light regarding all the regulations. Uber was forced to end its self-driving pilot in San Francisco temporarily after a disagreement with the DMV.

Lyft has previously dismissed Uber’s self-driving trials as a “marketing stunt”, but now appears to have acknowledged that autonomous cars are an inevitability and has joined the race to get on-demand self driving cars on the market.