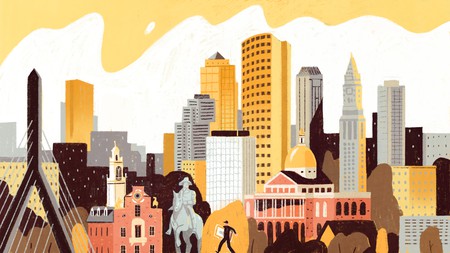 As one of the oldest towns in America, the Massachusetts capital offers an abundance of intriguing stories around every corner, from witches to sticky but lethal molasses. With its quirky layout and its long history of inventions, there are plenty of things that set Boston apart from other major cities.

There are 23 distinct neighborhoods

Part of what makes Boston distinct is the fact that there are more than just a few districts that make up the city. In all, 23 very different neighborhoods comprise the entirety of Boston, each bringing their own personalities and cultures. The Back Bay, Beacon Hill and South End are each home to gorgeous streets lined with historical brownstones. Jamaica Plain and Roslindale offer an array of local community shops and green spaces, while Allston has the feel of a mini-college town. Roxbury, East Boston and Dorchester are among Boston’s most diverse neighborhoods, each with its own heritage and vibrant culture. And the North End and Downtown are two of the most popular neighborhoods among tourists for their historical attractions, such as the Paul Revere House, Old State House and Freedom Trail. 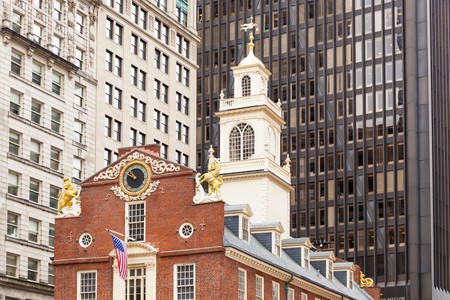 It was once known as the Shawmut Peninsula

Before the Puritans arrived in 1630, many Algonquian tribes (including the Massachusett, Pawtucket and Pokantoket) inhabited much of the region. They lived partly on what was called the Shawmut Peninsula. Shawmut is an Algonquian word, and while the exact meaning of is unclear, it can possibly be interpreted as ‘living waters.’ Eventually, European settlers took over the peninsula and diseases brought from overseas eradicated many of the Native American tribes. The Puritans ended up naming the city ‘Boston’ after the town of Boston in Lincolnshire, England, where many of those European settlers had traveled from. 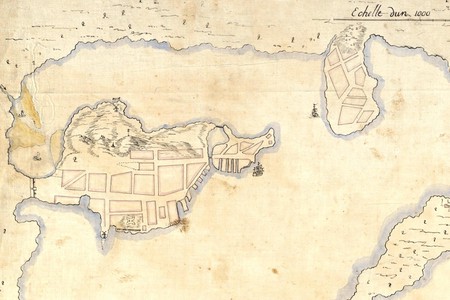 1692 French map of Boston harbor. The Shawmut Peninsula, site of Boston is in the upper left. | © The Picture Art Collection / Alamy Stock Photo

There are several weird laws technically still in place

Shortly after the Puritans arrived in Boston, they established strict laws that prohibited many of what you might consider fun activities today, such as card games and drinking. In time, most of those laws were changed, but several of them are still technically in effect. Those include the need for a special license to wear a goatee, it being illegal to take a bath without a doctor’s prescription and it being illegal to snore with your windows or doors open at night. Not to mention the two state laws prohibiting swearing, including one with a maximum penalty of a year’s imprisonment and another with a $50 fine for swearing at “a player or an official in a sporting event.” Though still on the rule books, luckily most (if not all) of these are not really enforced.

Christmas was once banned for over 20 years

Among the odd ‘Blue Laws’ that the Puritans put in place when they settled in Massachusetts was the outright ban on celebrating the Christmas holiday in 1659. Reasons for the ban varied, including the holiday’s pagan roots and how it was celebrated, but there was a five-shilling fine if you were caught in the Christmas spirit. However, after 22 years without a public Christmas, the law was eventually taken off the books in 1681. 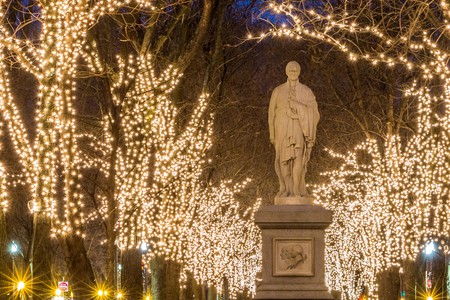 Many firsts occurred in Boston

Since Boston is one of the oldest US cities, it’s not surprising that it’s seen many firsts. The Boston Common was the first public park in America, while, a short walk away, the Boston Public Library was the first free municipal library. The first subway system in the US began in Boston in 1897, and that was undoubtedly protected by the first police force in the country, which began in the city in 1838. The Boston Latin School, founded in 1635, was the first public school in America, while Harvard is the “oldest institution of higher education.” On top of that, the first US lighthouse, dating back to 1716, stood in Boston Harbor, and the first telephone call was from Alexander Graham Bell to his assistant Thomas Watson in his Boston laboratory. Kathrine Switzer became the first female marathon runner when she ran the Boston Marathon in 1967, five years before women were officially accepted into the race. Finally, the first chocolate factory in America was introduced in Dorchester in 1765. 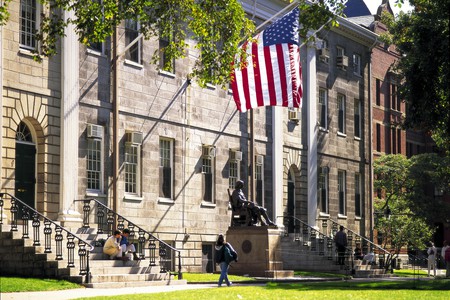 Thank Boston for these inventions

Along with the numerous firsts Boston holds, it is also the birthplace of several inventions, some of which you may use every day. A Brookline man named King Gillette, who went on to create the Fortune 500 company of the same name, invented the first disposable razor in 1901, while the microwave was invented accidentally in the 1940s by Boston’s Percy Spencer. For food lovers, the chocolate chip cookie recipe came from Ruth Wakefield of the Toll House Inn in nearby Whitman, Massachusetts, and Marshmallow Fluff came to us from Somerville, across the Charles River. Mark Zuckerberg also started Facebook while as a student at Harvard, and an MIT scientist invented the World Wide Web. 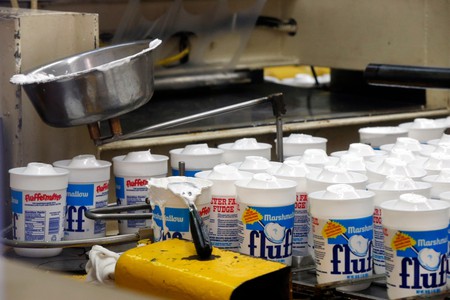 Much of Boston was once covered with water

Much of what makes up the city today was fully underwater and considered part of the bay or the Charles River. It wasn’t until the early 1800s that the city started filling in land along the coast and what we see today started to take form. It began with the landfill of Mill Pond, in what is now the West End, and continued with the large expansion project of the suitably named Back Bay, which added over 300 acres (121 hectares) to the city. Eventually, water around East Boston, Charlestown, what is now South End and the Seaport District was filled in as well, using gravel and land taken from leveled hills across the city. In all, over 5,000 acres (200 hectares) of Boston was created by humankind, and many of the historic homes you see in those neighborhoods sit on wood pilings that hold up the structure through landfill.

Before the Salem Witch Trials, there were the Boston witch hangings

While the Salem Witch Trials became more well known, Boston had its own share of witch hangings in the 1600s. Three women were hanged in Boston for being accused witches over a 40-year period. The first was Margaret Jones (who was also the first woman to be executed for witchcraft in all of Massachusetts Bay Colony) in 1648, followed by Anne Hibbins – a wealthy, outspoken woman – in 1656. The last was Ann ‘Goody’ Glover, an elderly woman from Ireland, who was hung in 1688. The majority of the Salem Witch Trial hangings occurred four years later, in 1692.

A molasses flood once took over Boston’s North End

In January 1919, a steel tank in Boston’s North End fractured and sent more than 2 million gallons of molasses barreling down the city streets. The wave reached over 15 feet (five meters) high and sped up to 35 miles an hour (56 kilometers an hour) at certain points, killing a total of 21 people and injuring many more. Boston Patrolman Frank McManus “was at a police signal box nearby, ringing in a duty call, when he heard the grinding, rumbling noise, and looking up saw the top of the tank sliding off. The next moment he saw a sea of molasses rush forth in all directions. Before he could realize the buildings in the vicinity began to collapse,” wrote the The Boston Globe the morning after. Today, the flood is memorialized with a small, square plaque near the site of the tank on Commercial Street. 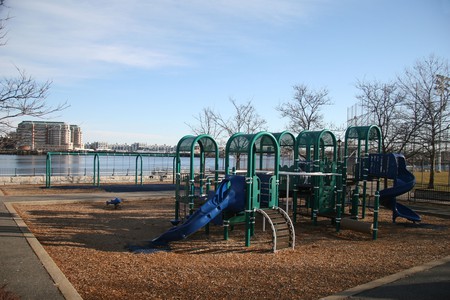 You can find the graves of Mother Goose, Sam Adams and Paul Revere

Among the historical spots you can visit on a trip to Boston are the numerous gravesites and old burying grounds scattered throughout the city. Buried in many of them are a few well-known names. Mother Goose is allegedly buried at the Granary Burying Ground on Tremont Street, though there is some speculation about whether or not her remains are actually in the family plot there. In the same small burying ground lie Paul Revere, John Hancock, the parents of Benjamin Franklin and Samuel Adams. If you’re interested (and a touch morbid), you can drink a Sam Adams beer across the street at Beantown Pub in view of his grave site. 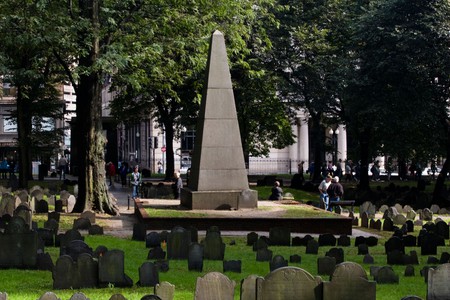 Charles Ponzi did most of his work from Boston

Charles Ponzi is best known as the namesake of the Ponzi Scheme, a fraud plot that is closely associated at points with Wall Street figures – but Ponzi actually did most his work out of Boston. He arrived in the city from Italy in 1903 and left for some time before returning 15 years later. Shortly after, he began his own ‘Ponzi Scheme’ using foreign stamps and became somewhat of a celebrity. He went on to purchase a mansion in Lexington, Massachusetts, just months before he was arrested following a lengthy investigation by The Boston Post newspaper. 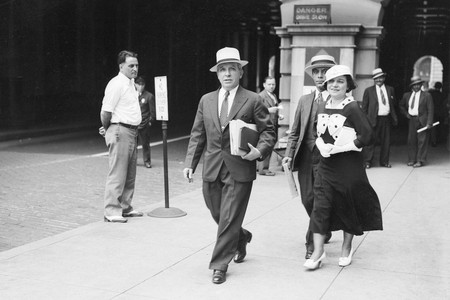 There’s no such thing as Happy Hour drink specials

While you can find ‘Happy Hour’ food specials throughout Massachusetts, drink specials of this sort are outlawed throughout the state. Many restrictions on alcohol are left over from old Blue Laws (including nonstandard closures on Sundays and holidays), but the current law banning happy hour is from 1984 following the death of a woman due to drunk driving. Massachusetts is one of eight states in the country to have such a ban. 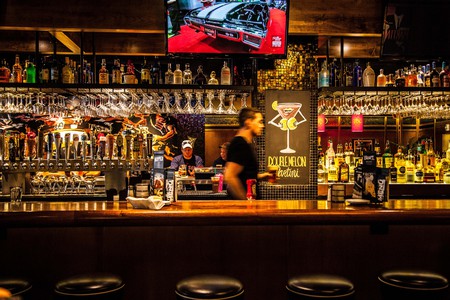 It’s the only US state capital with a coastline

Even though Boston wasn’t the first capital in the country, it holds another unique title to its name – it is the only state capital in the contiguous United States with an oceanic coastline. The Boston mainland consists of 47 miles (76 kilometers) of shoreline, and there are 34 harbor islands, eight of which are accessible to the public in certain seasons. Visitors have the chance to walk 43 miles (69 kilometers) of the coastline on the Boston Harborwalk, a public walkway that extends along the entirety of Boston’s shores and beaches (except around Logan Airport). 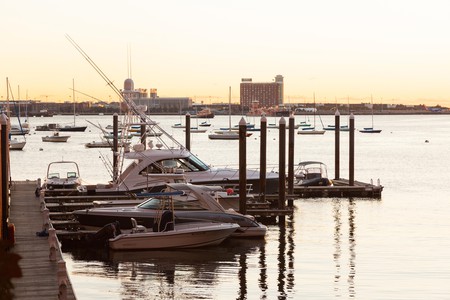 Boston was the site of the world’s biggest art heist

While bank robberies might come to mind more often when thinking of Boston, thanks to the movie The Town (2010), the city was the site of the largest art heist in history. On March 18 1990, two masked intruders disguised as police officers got into the Isabella Stewart Gardner Museum in Boston’s Fenway neighborhood. They took a total of 13 pieces of art worth more than $500 million. The art and the thieves are still at large, and the museum is currently offering a $10 million reward to anyone with information that leads to the recovery of the stolen works. 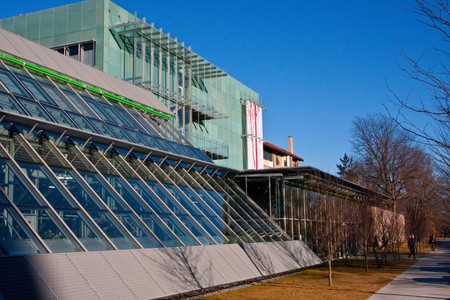 The colors of the MBTA have a meaning

If you’re ever confused about where the different lines of the MBTA subway system go, their names offer a little hint. Each of the four subway transit lines – Green Line, Blue Line, Red Line and Orange Line – were named in 1965 after the routes they take. The Green Line goes through Boston’s ‘Emerald Necklace’ parks, the Blue Line runs under Boston Harbor, the Red Line travels near crimson-colored Harvard and the Orange Line partly runs down Washington Street, which was originally named Orange Street. 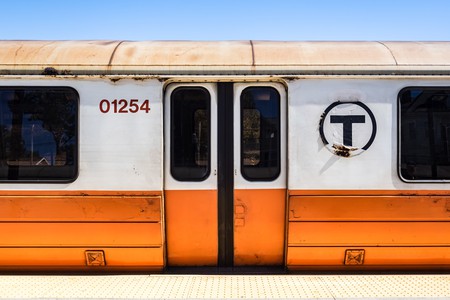