How Two Daughters Turned Their Fathers' Silence After WWII Into Art 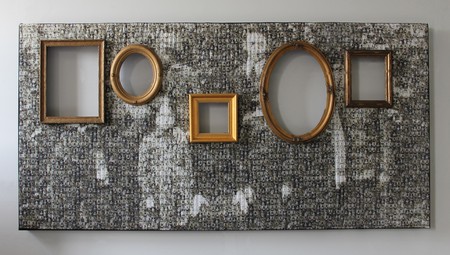 "The Missing", 2016 | © Lisa Rosowsky/Courtesy of the US Holocaust Memorial Museum "Remember Me" Project

Austrian soprano Ute Gfrerer’s father was a German soldier during WWII, while Boston artist Lisa Rosowsky’s went into hiding after his parents were sent to Auschwitz. Despite these opposing personal histories, both men left their daughters with the same legacy.

Gfrerer and Rosowsky premiered their collaborative program, For Our Fathers, at the Boston Athenæum earlier this June. In it, the duo weave together an assortment of Holocaust-related songs and artwork exploring the era and its impact.

Amazingly, For Our Fathers wasn’t built from the ground, but from two already existing repertoires.

The two met last October when Gfrerer caught a presentation by Rosowsky, who is currently an art fellow at Boston’s St. Botolph Club—a presentation which included the same artwork as For Our Fathers.

Gfrerer, on the other hand, had created a concert centered around several unknown pieces by composers who’d been banned from writing during the Nazi era that she had come across while attending Le Festival Musiques Interdites, a “forbidden music” festival held in Marseilles.

After an introduction by a mutual friend, and a dinner that same evening, the plans to team up were in motion, and the process proved easier than they could have imagined.

“My songs fit like a glove to her artwork,” Gfrerer said. “I think it lifts up both of what we are doing.”

Tamara reconstructs the life of Rosowsky’s grandmother through excerpts from her father’s journal and the artist’s own letters with a much older cousin, who also survived the war. The reflections and correspondence are presented in an old leather suitcase. 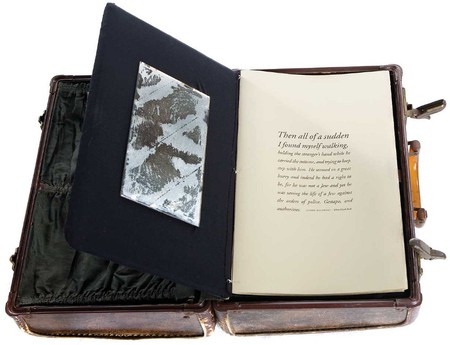 “Ein kleiner Koffer erzählt,” music by Norbert Glanzberg and lyrics by Ilse Weber, is told from the perspective of a suitcase that was loosed from its Jewish owner’s grip during the Holocaust (“Oh God, how hard it must be for such a poor, blind man / To find me in the huge pile of suitcaces / It is impossible for me to understand / Why we perish here so senselessly”).

Another example of the synergy in their work can be found in Rosowky’s Levitan, which was created with reference to the Jewish department store in Paris that was used to resell goods removed from the homes of deported families to German officers.

“The scale of it, and the fact that it was staffed by Jewish prisoners who frequently came across items that they knew was very poignant,” Rosowksy said.

Its pair: “Und was bekam des Soldaten Weib?” by Kurt Weill, lyrics by Bertholt Brecht, tells of all the gifts a German soldier’s wife receives as he travels to different cities throughout the war (e.g. a little fur piece from Oslo).

But as the program’s title implies, all of Gfrerer and Rosowsky’s pieces are shaped by their own experiences with their fathers.

“Ute’s and my father couldn’t have been more different in so many ways,” Rosowsky said. “Her father was an innkeeper, he was very gregarious, you know, outgoing, and my father became a cancer researcher. A very cerebral, quiet scientist.”

In Gfrerer’s case, it isn’t difficult to see where the struggles arose.

“When I found out that my father was a Nazi soldier, or had been a Nazi soldier, I was upset, and appalled, and shocked, and angry and ashamed,” Gfrerer said. “Most of it was shame and anger that he couldn’t, even now, after so many years, say that he was fighting on the wrong side of things. I really wanted him to say it. I really wanted to break him in a way.”

After her high school graduation, Gfrerer’s father bought her a plane ticket to go visit her boyfriend, who was living in Los Angeles at the time. As she explained, she will never forget his parting words that day.

I hope life works out the way you think it is. I know that I lost all my honor in your eyes. I wish I could change my life for you, but I can’t.

“The longer I was away, the better I could see him from afar,” Gfrerer said. “I realized how much I loved my father, and how great he always was when I was a child. I started thinking in a different light through the distance. I wrote him a letter from Los Angeles saying all the stuff that I had figured out while I was away, and he was so happy.

“That was really the beginning of our adult relationship, where I realized that if I loved my father it’s not my place to force him to look at his life. I have to love him the way he is and not the way I want him to be. I love him for who I know he is. It’s not up to me to judge.”

As for Rosowsky, there was no animosity towards her father, but there was an unavoidable pain that came with missing a whole side of her family story for so long.

“I think kids can be frightened of what’s not talked about,” Rosowsky said. “Children fill in the gaps, in, sometimes, surprising ways.”

And some of those pains were never fully realized until she reached adulthood. For example, when she was about eight years old, Rosowsky’s mother sent her to Jewish girls summer camp, and the idea of the retreat wasn’t a pleasant prospect from her perspective.

“In my mind, I really conflated pictures of this camp with the long, white bunks full of Jews with the pictures I had seen about the concentration camps, and so I was terrified to go to camp.” 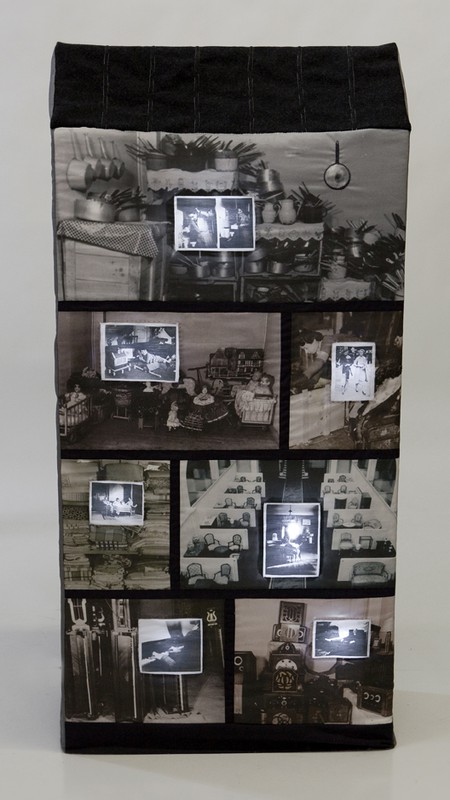 What links these two personal narratives is paternal silence: “Our fathers were both, in different ways, victims of the same war, and we both carry on the legacy of fathers who were both really silent on the topic,” Rosowsky said.

But out of that repression, both women have mustered the fortitude to share what needs to be heard through their own voices. And, as is often the case, two voices are better than one.

“It’s really funny because we are exactly the same age in completely different circumstances, but here we are finding each other and making something beautiful out of all this misery,” Gfrerer said.

Gfrerer and Rosowsky are hoping to bring “For Our Fathers” to other cities across the United States, and are currently seeking organizations and venues with whom they can partner.