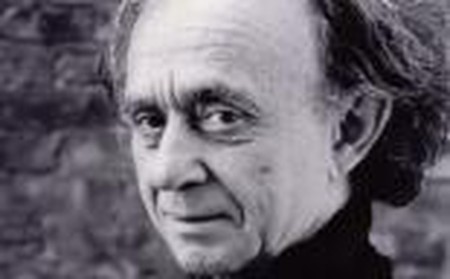 Frederick Wiseman portrays American institutions with a provocative frankness. How have the veteran documentarist’s unconventional filmmaking techniques challenged our understanding of social structures?

In the world of documentary cinema, there stands one man who embodies in his work the ‘From Sea to Shining Sea’ spirit. Born in Boston in 1930, Frederick Wiseman is an unparalleled artist. His poetic documentaries, which speak with a uniquely American voice, are explorative meditations on life inside institutional frameworks.

Choosing such subjects as centers of education (High School, 1968), the fashion industry (Model, 1980), or ballet companies (La Danse, 2009), Wiseman dissects the institutions that shape our lives. He invades them, explores them, and delivers top-notch films that challenge how we view social structures.

A graduate of Williams College, Wiseman was a lawyer before he became a filmmaker in the late 1960s. Today, Wiseman hardly shows any signs of slowing down. His most recent works, Crazy Horse (2011) and Boxing Gym (2010), are as inspiring as his early films. Wiseman claims that his abundant energy comes from the fact that he never stops, he never sits still, and he never backs down. Constantly creating, lugging around equipment and traversing the fertile landscapes of society and the cerebral, Wiseman has a take on reality that is all his own.

Wiseman has abandoned traditional documentary practices, eschewing narration, ‘talking head’ interviews, non-diegetic music and reflexive moments of discourse. There are no central characters the viewer is invited to identify with, and often people will simply flow in an out of the shots. What one is left with is a seemingly raw examination of an institution, and Wiseman invites you to be the co-creator of meaning. This creative partnership between filmmaker and viewer is unique to Wiseman’s works and it draws the viewer into the pathos of the documentary.

He does not go into the filming process with a pre-planned conception of what he is going to find. Instead, he spends up to six weeks in the location and films almost constantly. This process allows him to shed his preconceptions and understand the real story. The “creative” aspect thus mainly takes place during the editing, for it is within this process that the story blossoms out. The drama is discovered and uncovered until the viewer identifies with the institution.

Wiseman masterfully weaves together hours of footage, sometimes producing films that run for as long as six hours, such as Near Death (1989). Conscious that the editing process represents subjective choices, he once said:

“So much of film editing — or at least editing these kinds of documentaries — has absolutely nothing to do with technical issues. The basic question is why? Why does somebody ask for a cigarette at a given moment? Is there an explanation for the choice of one word rather than another? What’s the significance of the dress that a woman is wearing? Why does a client come to a welfare center wearing his military uniform? Why does someone pause in mid sentence? Is there an explanation for a change of tone?

“I mean, these are the kind of evaluations one is always making in ordinary experience when you meet people,” Wiseman continued. “You have to make these kinds of evaluations in more concentrated form when you are editing. This same sort of evaluation is going on between us in this conversation. In film editing, it is more formalized and constant.”

The “why” question has shaped Wiseman’s cinema into one of the most confrontational out there. His first film Titicut Follies (1967) was uncensored and raw, showing inmates who were forced to sleep naked, fed through nasal tubes and dehumanised to an extreme.The film was so scandalous that the then Massachusetts Supreme Court judge Harry Kalus removed it from distribution, destroying all the copies in a bid to protect the privacy of the inmates. Titicut Follies was finally released on PBS in 1992, more than 30 years later.

In fact, all of Wiseman’s films have been aired on PBS, a funder and firm supporter of the filmmaker and his work. For a long time it was only through this channel and the occasional film screenings and retrospectives that people were able to get a hold of Wiseman’s films. Now, all his works are available on Zipporah.

Wiseman is a filmmaker who speaks straight to the soul. His movies are reportedly biased, but the truths that they uncover crawl beneath your skin and leave you hungry for more.His gripping documentaries have earned him numerous awards, as well as the Guggenheim and MacArthur fellowships.