An Intimate Look at the Life of Minimalist Painter Agnes Martin 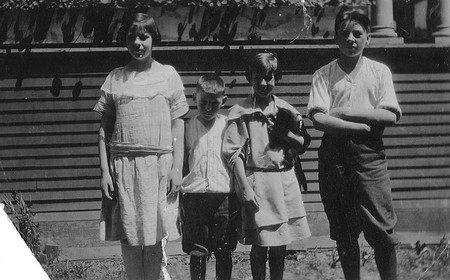 Henry Martin’s Agnes Martin: Pioneer, Painter, Icon provides an intimate look at the life and work of one of the greatest 20th century artists.

The new biography, published by Schaffner Press and released on March 14, offers a rare glimpse into Agnes Martin’s personal life as she rose from a poverty-stricken “outsider” in New Mexico to a Minimalist art icon in New York City. Known for her spare style, bold geometric forms, and heady intensity, Martin eventually went on to become a celebrated figure in the 1960s, but it was a hard-fought struggle to get there.

Biographer and art scholar Henry Martin interviews Agnes Martin’s closest companions, lovers, and family members in this revelatory account of the artist’s personal life, including her struggles with her sexual identity, schizophrenia, and the harsh realities of urbanity.

It was in New York City that Martin would fortify her career as an artist, finding her creative circle and garnering the respect of her peers and critics alike. Her work thrived during this Manhattan period, and the city’s extreme environment helped catalyze her own creative fervor. But ultimately, like many artists at the time and still today, Martin found it to be a generally disruptive and chaotic place, eventually making her way back to her beloved New Mexico.

Tracing her steps around the United States and abroad, Henry Martin offers readers an intimate look at the life and work of this ambitious figure. An excerpt of the book, Agnes Martin: Pioneer, Painter, Icon, courtesy of Schaffner Press, is available below.

Excerpt from the prologue: “Who was Agnes Martin?”

On sunny evenings, Kristina Wilson, aged eighty-five, cycles from her house on Valverde Commons down the street to Sunset Park, a ten-acre park dropped like an artist’s ruler at the foot of the Taos Mountain in New Mexico. It is not a lush park like the great city parks in New York, Paris, or London. The desert grasses snap like uncooked spaghetti under the weight of footsteps, and wild coyotes skulk by the fences at night. At seven thousand feet above sea level, the air and earth are dry and the light is sharp. Occasionally among the weeds, patches of mud and short golden grass, a small purple flower makes a home, finding shelter and sustenance. Dragonflies, buffalo gnats, crickets and butter-colored butterflies move in and out of the grass, while above them crows and magpies seam the cottonwood trees with an invisible thread. 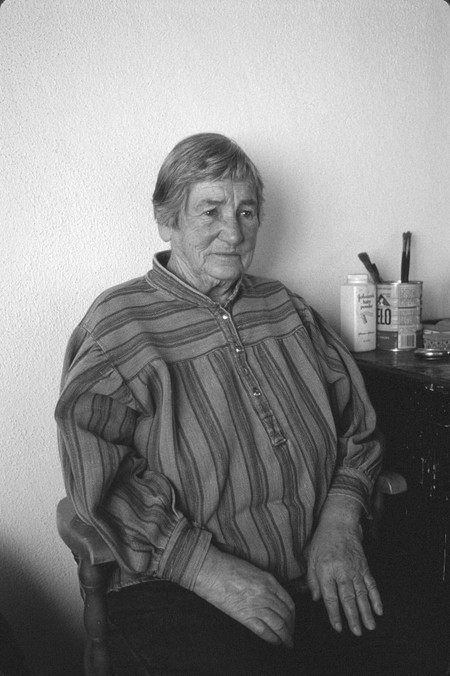 At one end of the park a path winds on an incline up to Valverde Street and the Plaza de Retiro, where Agnes Martin lived the last eleven years of her life, close to her studio, Kristina’s home, and the Agnes Martin Gallery at the Harwood Museum. Kristina had this path built to make it easy for people to visit and have “a quiet, beautiful experience” at any time of the day, but especially at sunset when the sky moves through the color spectrum, pulling a red veil over the Taos Mountains. These mountains form part of the Sangre de Cristo Range that stretches from the Poncha Pass in south-central Colorado, through Taos, and down to the Santa Fe Mountains in the north of New Mexico. After a snowstorm Kristina can see Wheeler Peak, the highest point in the state. That’s where Agnes used to climb. A long time ago. 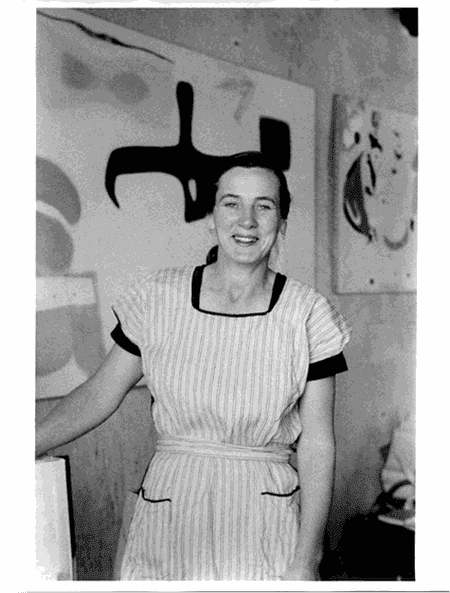 The two women first met in 1955, a stone’s throw from the park, when Agnes resided in a compound next to the Harwood Foundation (it became known as the Harwood Museum in 1998). Agnes lived in a one-room studio with a dirt floor and two rocking chairs.

At the time she was trying to be an artist. Struggling is a more accurate word. When she returned thirty-eight years later in 1993 to live at the Plaza de Retiro, she had upgraded to a two-room apartment with a studio down the street.

Her possessions were still limited: two Boston rockers and some knick-knacks: an award or two. In this last decade of her life Agnes had become, in her own words, “the greatest artist in the world,” and, as though to verify this claim, her body and mind were home to the marks of suffering and endurance that the great must bear.

Aggie, Ag, Miss Martin, spent her life dedicated to realizing her potential. She saw this as her greatest contribution to the world. “We are born to do certain things,” she wrote, “and we are born to fill a certain need. If there is a bare spot on the ground the best possible weed for that environment will grow,” like the purple flower in Sunset Park, surviving and unfolding against the odds.