A Tour of Boston's Statues and Sculptures 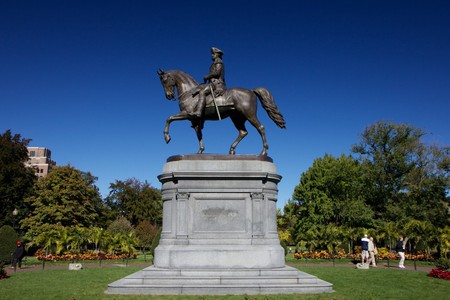 The city of Boston is brimming with a variety of well-known tourists spots. What is unique about these places is that they each reveal insight into the city’s history and identity. Scattered around the area are statues of legend, wonder, and truth, with each one containing its own story.

Placed in the Boston Public Garden in 1987 to commemorate the garden’s 150th anniversary and the children’s book of the same name by Robert McCloskey, the Make Way for Ducklings statue is a favorite landmark in Boston. In the book, a family of Mallard ducks make their home in this garden. Today, the ducks are popular with small children and tourists alike, who take photos sitting on the bronze sculptures’ backs. 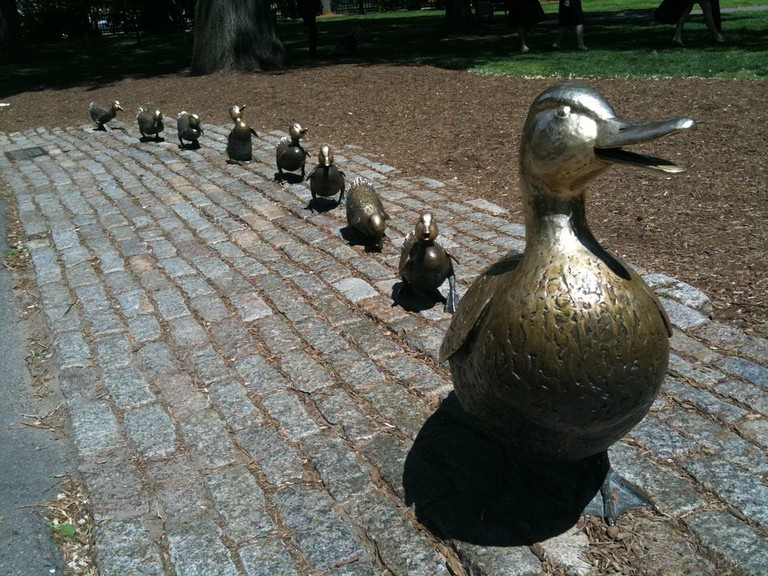 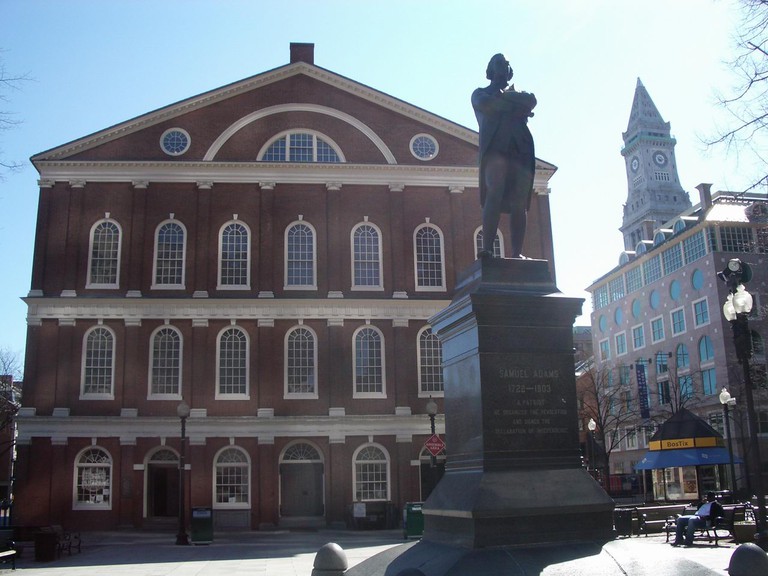 Samuel Adams Statue | © Brendan Riley / Flickr
Samuel Adams was a revolutionary patriot who is significant to Boston and this nation. He played a huge role in founding this country, by organizing the American Revolution and signing the Declaration of Independence. The bronze statue, erected in 1880, stands behind Faneuil Hall, the place he stood right after demanding that the British remove their troops after the Boston Massacre. (He is so respected in Boston that a world-renowned beer is named after him.)

There wasn’t an Edgar Allan Poe statue in Boston until recently. In 2014, the Edgar Allan Poe Foundation of Boston, who raised funds for the surly writer’s statue, revealed it to the public. Created by Stefanie Rocknak, the statue is at the intersection of Boylston Street and Charles Street. A giant raven flocks the statue, and Poe holds a briefcase that contains one of his most famous works, The Tell-Tale Heart. 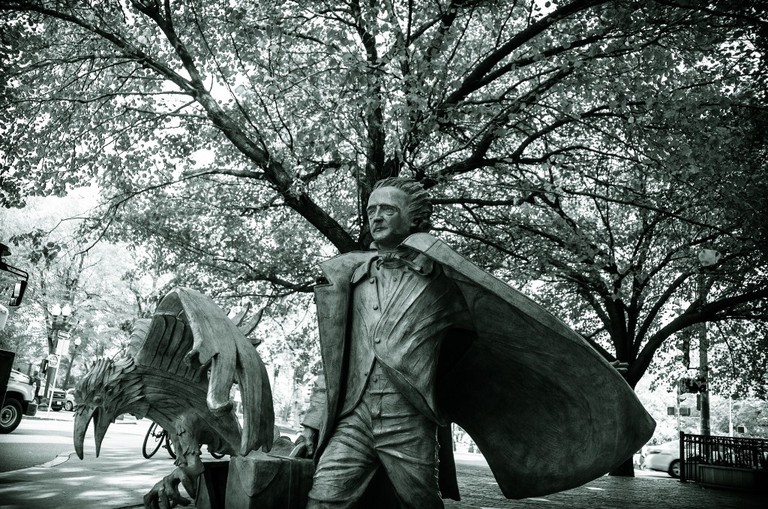 Located on the Paul Revere Mall, right off the Freedom Trail, the Paul Revere Statue depicts the famous patriot and is one of the most photographed spots in Boston. The statue portrays Revere during his legendary Midnight Ride, looking dignified, as he warned everyone that the British were coming. Admire this bronze statue, which took Cyrus Edwin Dallin 16 years to create and 40 years to install in its present place. 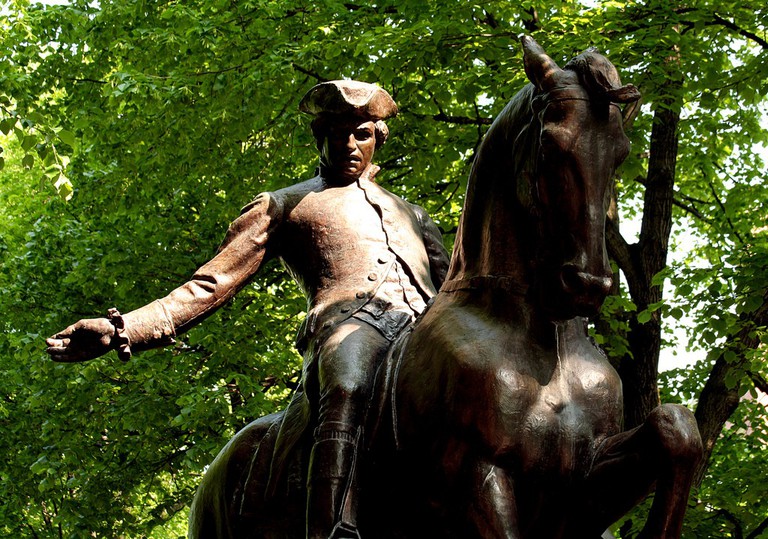 Found in the Boston Public Garden, the George Washington Statue commemorates him not as the first President of the United States, but as the Commander-in-Chief of the Army. He was first a British colonel during wars before the fight for the American Revolution, and then he led the Continental Army in 1775. Historians say Washington was more comfortable in his military role than in his presidency, so this statue depicts him riding confidently. 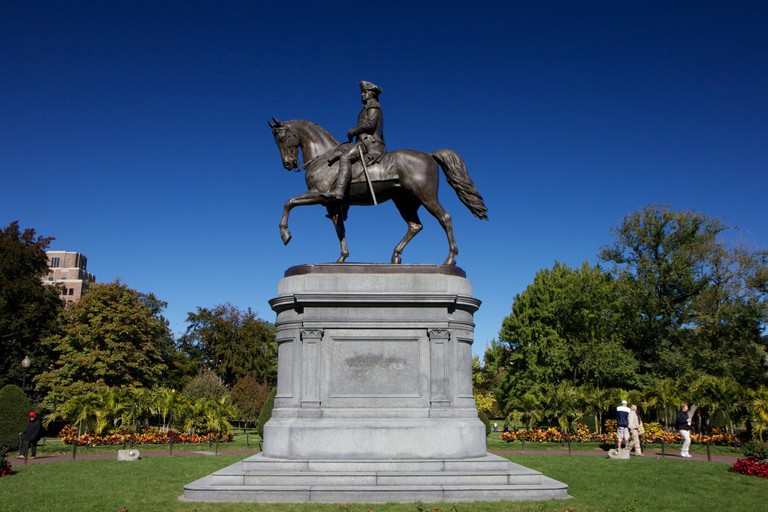 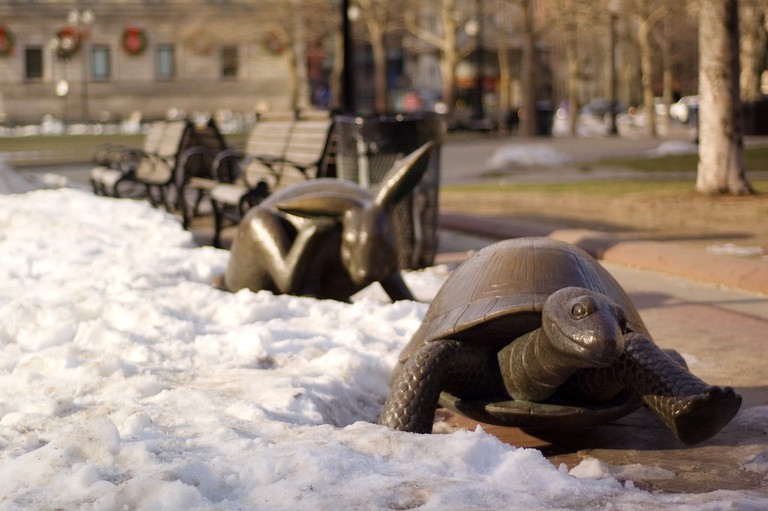 Tortoise and the Hare | © David Goehring / Flickr
Situated in Copley Square near the finish line of the Boston Marathon is the Tortoise and Hare sculpture. The Boston Marathon is one of the most significant events in the city, embedded in the fabric of its identity. The sculpture plays off of the Aesop’s fable where the slow and steady tortoise wins the race. Sculpted by local artist Nancy Schön, it pays respect and is a tribute to all of the Boston Marathon runners. Many people run the race for charity, and the memorial here focuses on the effort needed to complete such a feat.
Give us feedback