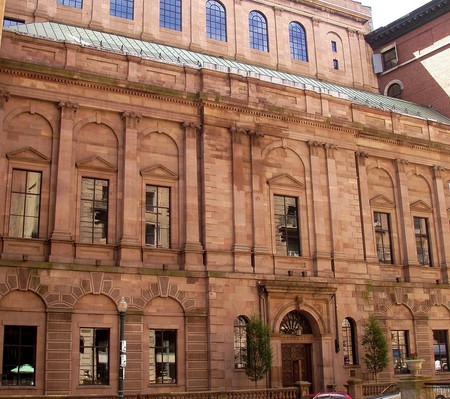 Boston was home to many prominent figures in American history, politics, and social life. Ralph Waldo Emerson—a 19th-century writer and philosopher—left his mark on the city through his life and work. As one of the leaders of the Transcendentalist movement in the 1800s, his writing went on to influence important figures around the world, including Gandhi and Martin Luther King, Jr. His legacy is on display throughout Boston and the surrounding area.

Born in Boston in 1803, Emerson spent his life living in the area. He spent many years in towns like Newton, Chelmsford, and Concord, all within an hour of Boston. At just 14, Emerson enrolled at Harvard University and would eventually attend Harvard’s Divinity School, which focuses on religious and spiritual studies. He would go on to become a successful public speaker and essayist, focusing mainly on speaking and writing about Transcendentalism, a 19th-century spiritual movement. Emerson was also a prominent voice in the abolitionist movement of the day, which pushed for an end to slavery in the United States. He wrote a poem, “Boston Hymn,” that expresses his admiration for the city of his birth, especially during the unstable era of the Civil War and the abolitionist movement. 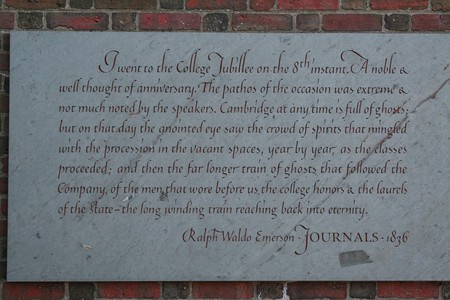 Emerson was one of the key figures of the Transcendentalist school of thought. The main foundations of this philosophy are a belief in the personal freedom and equality of all individuals. In 1841, Emerson wrote “Self-Reliance,” an essay that built on this idea and became one of the most influential pieces of the era. Along with his friend Henry David Thoreau (author of Walden) and several other writers, thinkers, and politicians, Emerson argued against society’s institutions, claiming they corrupted the goodness of the individual.

The Unitarian Church, a branch of American Christianity, grew alongside this movement. Emerson himself was a prominent member of the church. His influence helped shape modern Unitarianism, a religion that advocates for growth through spiritual thought, soul-searching, and a shared respect among its members. Unitarianism is still a popular religion throughout New England. Emerson attended a few Boston-area Unitarian churches in his life, including the Arlington Street Church in South Boston.

This library on Beacon Hill, opposite the Massachusetts State House, is among the oldest independent libraries in the United States. It contains a large collection of sculptures and busts of historical figures, as well as a catalogue of books, research materials, historic documents, and more. Given his love for writing and public speaking, one can imagine that Emerson liked to spend time here. The balconies at the back of the library offer great views of the city.

Emerson’s house in Concord, where he spent the last years of his life, is now a museum dedicated to remembering his legacy. This destination is a great place to visit for anyone who would like to learn more about his life and work. The town of Concord has its own significant spot in American history as the location of one of the first battles of the American Revolution. Emerson’s house is also down the street from the Louisa May Alcott House, where the author of Little Women lived. There are also many museums nearby that detail the town’s history. 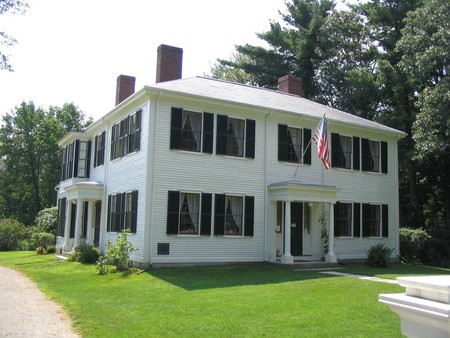 Located in Monument Square, this memorial obelisk stands in memory of the town’s residents who served in the military during the United States’ historical conflicts. From the Civil War through Vietnam, their names are located around the monument’s base. During the memorial’s inauguration, Emerson gave a poetry reading as a dedication. His lines remain on a plaque at the base of the monument. Monument Square is less than a mile from Emerson’s house.

Though Emerson is heavily associated with Boston, he spent the majority of his life in Concord. That is where you can find the most locations that are specific to his life. Walden Pond is in southern Concord. This spot is more commonly known for its importance to the work of Henry David Thoreau, Emerson’s friend and colleague. Emerson acted as a mentor and teacher to a young Thoreau who was trying to get his writing career off the ground. Thoreau secluded himself at Walden Pond, resulting in Walden, his most famous work. Emerson owned part of the forest that Thoreau stayed in and would visit his friend regularly during this time.