A Guide to the Kennedy Family's Boston 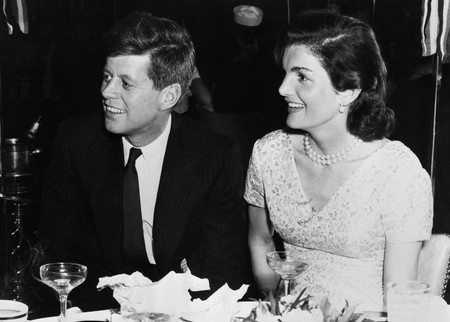 The Kennedy family has left its mark on American society as one of the most prestigious families in politics. Kennedys have been mayors, congressmen, foreign ambassadors and, of course, John F. Kennedy served as the 35th President of the United States. Over the years, the family built its base around the city of Boston.

Long before John, Robert, or Ted held office (or were even born), their grandfather, John Fitzgerald, served as Boston’s mayor for two terms. He got his nickname “Honey Fitz” for his warm, charming personality. He also spent time in Washington as a state representative in Congress. This building, south of the newer city hall plaza, is where he spent his time as mayor. Like any true Bostonian, he was also one of the earliest die-hard Red Sox fans.

Rose Kennedy was born and grew up in the North End. Her father attended this church. It was the site of her baptism in 1890 and her funeral in 1995. It is also the last remaining church in Boston designed by Charles Bulfinch, the architect for the Massachusetts State House.

Joseph and Rose Kennedy bought this house in Brookline, MA in 1914. JFK was born and spent the early years of his childhood here. In 1967, Rose donated the estate to the National Parks service in memory of her son. It is a short walk from Coolidge Corner, Brookline’s busiest shopping area. Visitors can tour the property, getting a chance to learn about the early life of JFK and his siblings, but also to see what life was like in the mid-20th century. The house is also near the Edward Devotion School, the public elementary school the future president attended.

As the alma mater of JFK, Robert, Ted, and countless other Kennedys, Harvard University has maintained its relationship with the family. During his studies there, JFK lived at Weld Hall, a dormitory on Harvard Yard, as well as the Winthrop House. In recent years, many people have compared this house to Gryffindor from the Harry Potter books because of the prestigious list of names who have lived there. The university’s campus has plenty of other Kennedy references: in 1966 it renamed its school of government in honor of the former president. 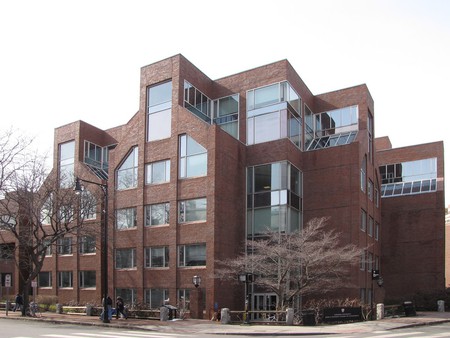 As the most famous hotel in Boston, the Omni Parker House has a its own legacy as the birthplace of the famous Boston Creme Pie dessert. It also has a special role in the relationship between JFK and his wife Jacqueline. According to local legend, it was at table 40 in the Omni’s restaurant where the future president – then campaigning to be Massachusetts’ senator – proposed to the future first lady.

The golden dome of the Massachusetts State House rises high on Beacon Hill, above the Boston Common below. Eleven days before his presidential inauguration, JFK gave a speech here that touched on the state’s history. He explained the values that growing up in the area had taught him and how he would stress those values throughout his presidency. On the west side of the State House, there is a small plaza featuring an 8-foot bronze statue of the president walking out of the building. 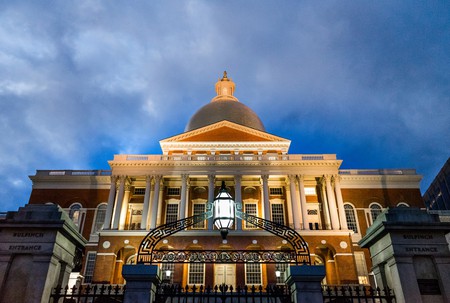 In 2008, the city opened this series of linear parks through its downtown area in honor of Rose Kennedy. Her son, Edward (Ted) had an important role in establishing the park. It stretches for 17 acres from Chinatown to the North End. Each park features a unique mix of scenery, including fountains, plazas, sculptures, public art, and more. Rose was the matriarch of the family, and during her life, the Pope named her a countess. She was the sixth American woman to carry that title. 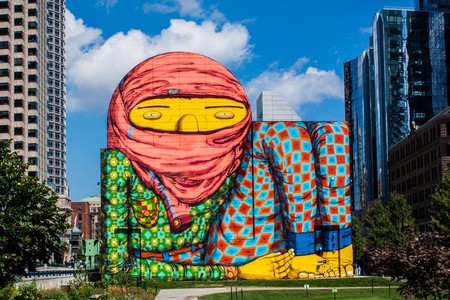 Though every president gets a library in their honor, the Kennedy Presidential Library stands on the edge of Boston’s Columbia Point, looking out to the sea. Famous international architect I.M. Pei (who also designed the Louvre’s pyramid in Paris) led the design. The library collects documents and presents exhibits that detail JFK’s legacy as president. The building next to the library is the Edward M. Kennedy Institute for the U.S. Senate. The institute opened in 2015 with the mission of realizing the late senator’s vision for a space for future generations to learn about government.