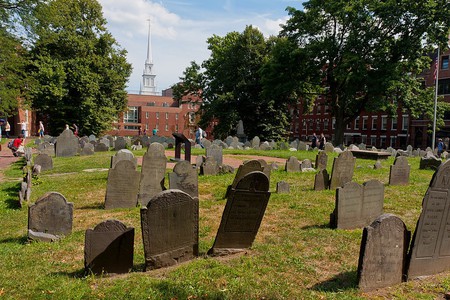 In movies, cemeteries are staples of horror and usually give off a creepy aura. In reality, however, these are peaceful, sacred places of rest for the dead. They feature beautiful landscapes full of rolling green hills and lovely foliage. As one of the oldest cities in the U.S., Boston is home to many historic cemeteries where famous figures from many eras have found their final resting place. These gravesites work like the rings of a tree to show how the city grew from its colonial roots.

This cemetery, which dates back to 1630, is Boston’s oldest. It is one of the first stops on the Freedom Trail, the path around downtown that passes some of the city’s most historic places. It serves as the resting place of Boston’s earliest historical figures, including John Winthrop, Massachusetts’ first governor. Though it shares its name with the Unitarian Church next door, the burying ground actually predates the chapel by more than 100 years. 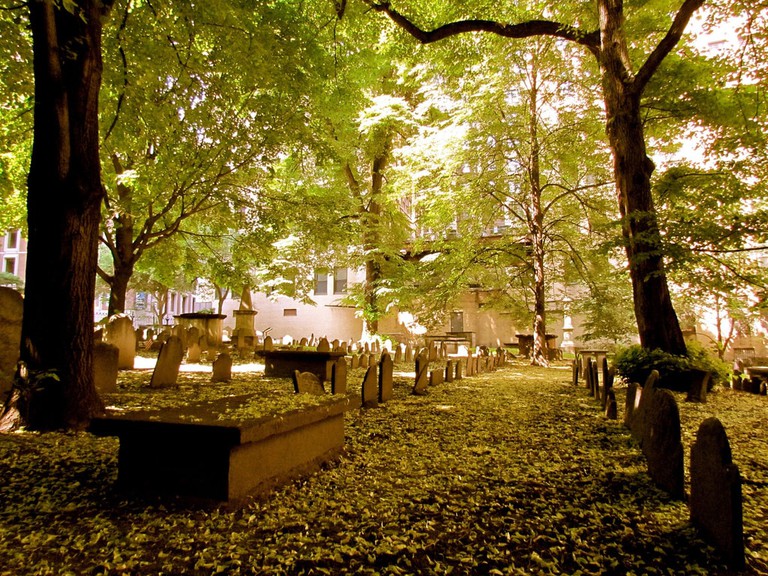 As the second oldest of Boston’s cemeteries, Copp’s Hill lies near the waterfront of the North End. Its residents are largely from the colonial era through the early 1800s. After that, the site fell into a bad condition, until eventually, it became a stop on the Freedom Trail. Cotton Mather, a notable Puritan preacher, is buried here along with several other members of his family. 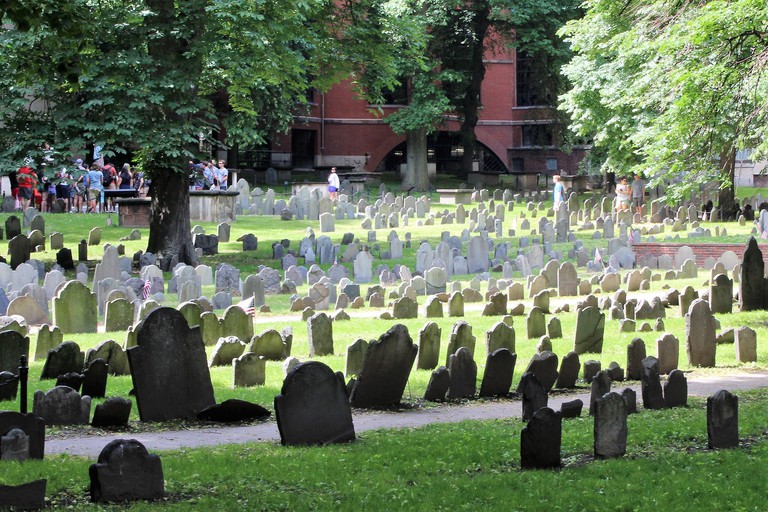 Granary Burying Ground is one of 16 historic burying grounds in Boston | © Beth J / Shutterstock
Boston’s oldest cemeteries started as smaller neighborhood plots. A new one popped up after its predecessor became too crowded. That’s how the Granary Burying Ground popped up in 1660, just a few blocks from King’s Chapel. Not to be outdone, Granary is the resting place of a few more famous historical figures, most notably Paul Revere, Samuel Adams, and John Hancock. There is also a large obelisk to mark the grave of Benjamin Franklin’s parents.

The fourth of Boston’s historic downtown burying grounds is located on Boston Common along Boylston Street. Hundreds of years ago, this was the least popular cemetery in the city, which might have been because it became the gravesite of many British soldiers during the American Revolution. Americans who were fighting for their independence definitely didn’t want to spend the afterlife lying next to their enemies! Despite this, most of the fallen soldiers from the nearby Battle of Bunker Hill wound up here.

This Victorian-era cemetery covers 275 acres in the Jamaica Plain district of Boston. Calling it just a cemetery, however, is limiting. It doubles as an arboretum and sculpture garden. In 2006, the designer Christopher Frost built miniature replicas based on some of the real-life homes of the people buried here. This concept shows the many different lives that these people led. It is the final resting place of more modern Bostonians, including the poets Anne Sexton and E.E. Cummings, as well as playwright Eugene O’Neill.

Located a short walk from Harvard Square in West Cambridge, the Mount Auburn Cemetery rivals Forest Hills for the best architecture. It features some Egyptian-influenced designs, especially its Sphinx monument and its front gate. There is also the Washington Tower, which looks like a rook in chess, and a pavilion dedicated to Mary Baker Eddy, the founder of the Christian Science movement. 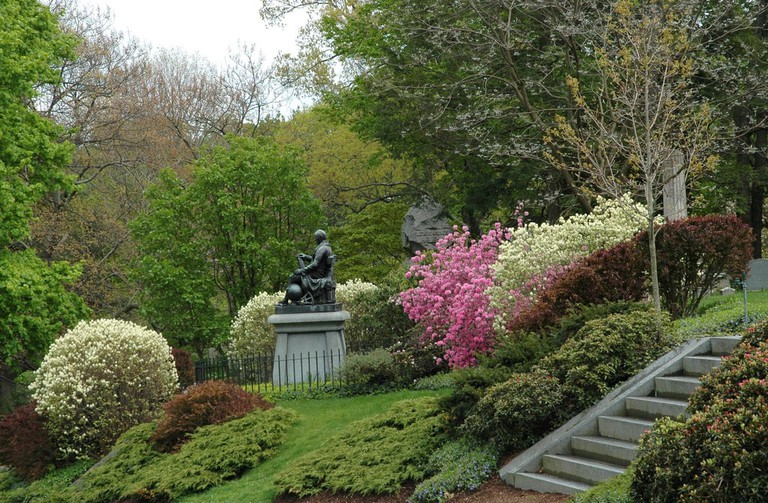