A Guide to Boston's 23 Neighborhoods 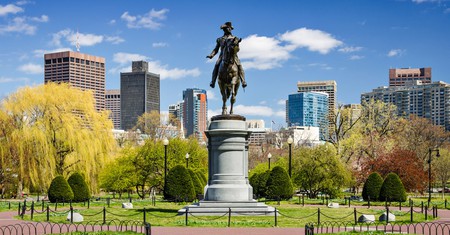 Due to the shape and size of Boston’s harbor-hugging city limits, the small area is crammed with numerous neighborhoods. Totaling 23 in all, each compact district is distinct and easy to get to, giving visitors the chance to explore Boston’s many flavors in a relatively short amount of time. Here’s a quick guide to help you out. 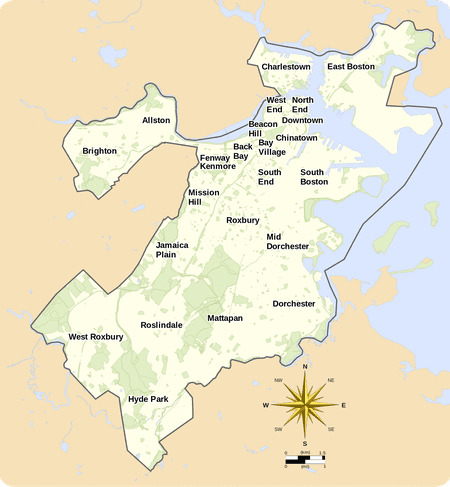 If you’re a college student in Boston, you’ll know Allston well. Even if you’ve never lived there (although over 2,000 Boston students do each year) you’ve probably visited friends who do or have been to an Allston house party. Be sure to take a walk in this neighborhood around the end of August to witness the famous “Allston Christmas,” when students leave their no longer needed furniture and belongings on the sidewalks for anyone to take freely. 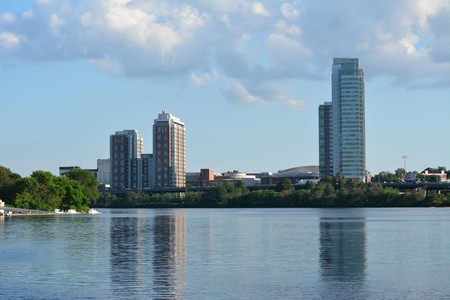 Back Bay is definitely one of the most picturesque parts of the city. You’ve probably seen the apartments stretching down Commonwealth Avenue, home to notable people and so charming it’s not uncommon to find their building facades sketched onto greeting cards around Boston gift shops. It’s also home to Boston’s upscale shopping neighborhood, Newbury Street. The area used to be a watery part of the Charles River but was filled in with land in the late 1800s, after which many of the city’s wealthy residents flocked over and erected their beautiful Victorian homes. Average rents here skyrocket to over $3,000, making it a hotbed for the local elite. 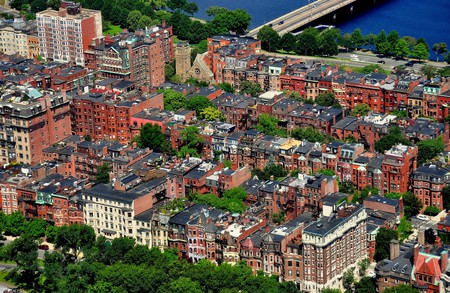 View of the Back Bay | © LEE SNIDER / Alamy Stock Photo

What was once a landfill is now one of the most inviting areas of Boston. Tightly squeezed between the South End, the Back Bay, the theater district, and Chinatown, this tiny neighborhood feels almost like a stumbled-upon secret. Its perfectly central location is convenient for getting around nearby downtown. If you’re wondering why it looks so similar to Beacon Hill, that’s because the same people who built those homes later settled in Bay Village.

Step into Beacon Hill and you’re practically transported back in time. A walk down the narrow streets gives way to charming brick apartments – and serves as a great workout as well. The affluent residents in this expensive neighborhood do an amazing job of maintaining adorable gardens and charming holiday decorations at different times of the year, so it’s always worth a stroll. The Massachusetts State House sits on top of this Hill, replacing the Old State House in 1795. 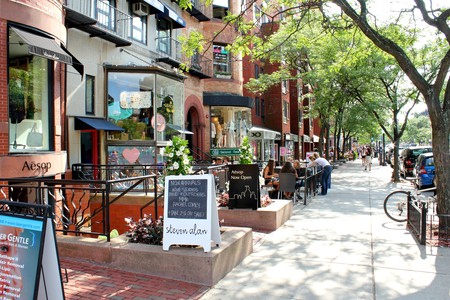 Adjacent to Allston, many college students also find apartments in Brighton, but you’ll find a growing community of young professionals and young families here as well. Depending on which bar you choose, you’ll most likely find either all 20-something-year-olds or all 30-something-year-olds. Winding Commonwealth Avenue gets curvier and hillier as soon as you enter this neighborhood, which has a lively business scene along with Washington Street. The area is also home to Boston College at the very end of the subway’s Green B line, and Chestnut Hill Reservoir for a lovely walk.

Charlestown’s historical roots lie with the Irish immigrants that formed the neighborhood, and their hard-working personalities and values have carried through to today. It’s a unique community within the city and is home to a number of historic monuments, including the Bunker Hill Monument and the USS Constitution.

Here you’ll find Boston’s hub for Chinese culture and commerce. What was once tidal flats transformed into a neighborhood in the early 1800s is now hosting a mix of residences, shops, and restaurants. Hardly a surprise, it’s also the best spot to celebrate the Lunar New Year. A few blocks of this small enclave is also known as the Leather District, where large industrial warehouse spaces that once manufactured leather now house sleek and up-and-coming restaurants. Often the first view for travelers arriving via bus at South Station, the area is home to the beginning of the Rose Kennedy Greenway, a winding park that starts at the Chinatown gate, extending towards Dewey Square and all along the harbor. 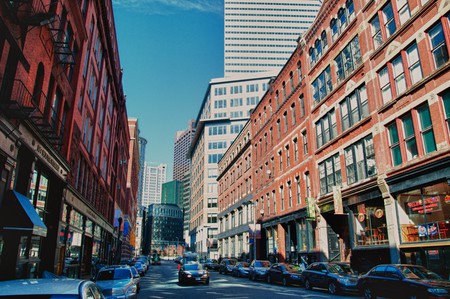 The birthplace of Boston’s current Mayor, Marty Walsh, Dorchester has long been the largest neighborhood, as well as the most diverse. It’s home to Franklin Park, a large section of Boston’s Emerald Necklace, where you’ll find a golf course, over 500 acres of green space and a zoo. To identify a true neighborhood local, listen to the accent that cuts out both Rs when pronouncing Do’chestah. 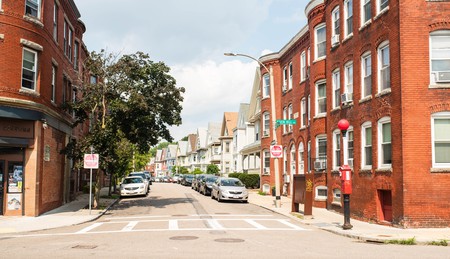 This bustling epicenter is home to dozens of businesses in Boston, as well as being a longtime hub for the government since the 1700s. To name a few, it includes City Hall Plaza, a number of offices, and historical tourist attractions like the Freedom Trail. For reference, Downtown Crossing is a major intersection for both pedestrians and the T (underground transport).

Today, East Boston’s population is mainly comprised of Italian-Americans and immigrants from Central America, South America, and Southeast Asia. While some residents across the water only know the area for Boston’s Logan International Airport, the neighborhood is an ideal place to visit for views of the city skyline. Visitors could get here on the Blue Line of the subway or via a ferry boat for a picturesque trip across the harbor. 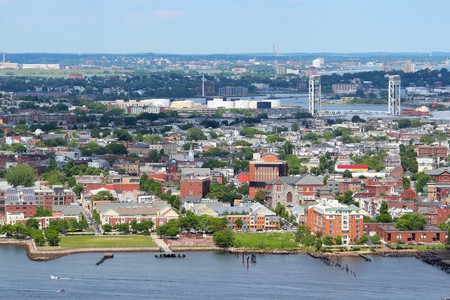 Home to Fenway Park, this area of the city existed long before the Red Sox. In fact, the park was named after the neighborhood. You’ll find many bars and restaurants in the area surrounding the ballpark, as well as rapid development and new skyscrapers that benefit off of the business of the baseball game attendees. For this reason, there’s almost always something to do in this neighborhood. It’s also where you can check out Kenmore Square, a large part of the Emerald Necklace, the Back Bay Fens, and cultural landmarks like the Museum of Fine Arts and Symphony Hall. 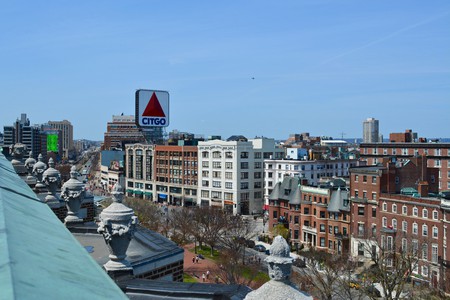 A view above Kenmore Square in Boston's Fenway neighborhood with the famous CITGO sign in the distance. | © Marcus Baker / Alamy Stock Photo

Many Bostonians know Hyde Park as the lifelong home of the late Mayor Thomas M Menino. It’s often described as a more suburban environment, with the Neponset River running through the neighborhood’s center. It also houses a number of local shops and restaurants that you can find along the main streets.

Jamaica Plain, or more commonly called “JP,” is a dynamic neighborhood filled with diversity, green spaces, and strong local businesses. The Emerald Necklace and Franklin Park surround the neighborhood and it’s also home to Jamaica Pond, which makes for a gorgeous stroll. It’s always refreshing to walk around JP and get a feel for the prominent sense of community. Come by for one of the many communal events here, including local outdoor music festivals and spring fairs. 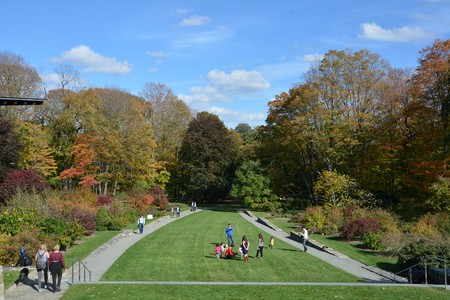 In the early 1600s, Mattapan was home to Native Americans known as the Mattahunt Tribe. Today, it is home to a large African-American and Caribbean community and has become an incubator for green living projects.

Made up of four main sections – Uphams Corner, Bowdoin/Geneva, Four Corners, and Codman Square – Mid-Dorchester is a small piece of Boston’s largest neighborhood. Overall it is diverse and each section brings its own personality to the table.

Mission Hill provides a convenient living for students and young families who work in the Longwood Medical Area. If you have a spare moment, visit the Basilica of Our Lady of Perpetual Help, also known as ‘The Mission Church’. 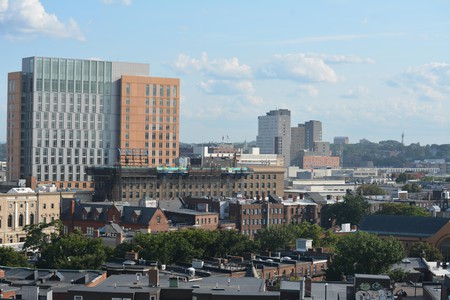 This hub for Italian-American culture is one of the more visited neighborhoods in Boston. It’s where you can see historical sites, like Paul Revere’s house, and dine along what feels like European streets. Then, of course, there are all of the Italian restaurants, where locals will argue over whether you can get better cannoli at Mike’s Pastry or Modern Pastry. 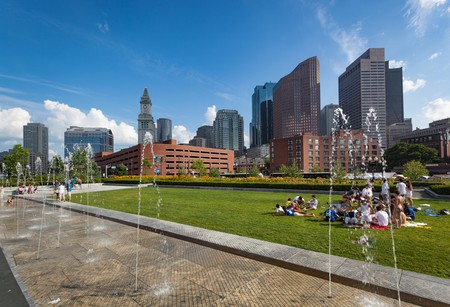 The beloved Arnold Arboretum, a 265-acre park that is part of Boston’s Emerald Necklace, makes Roslindale a “garden suburb” neighborhood. It’s always been a center of commerce and you can still see colonial homes that have been transformed into apartments.

There was a time when Roxbury was actually a large farming community. Today, spots like Dudley Square are revitalizing the entire area. 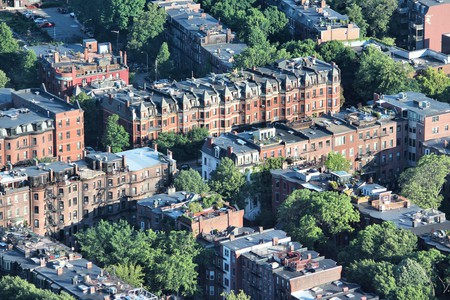 Traditionally, South Boston was a working-class neighborhood. It houses multiple industries and businesses like Gillette, which still employs many locals today. The area is also transitioning to a trendy hotspot for restaurants, hotels, and bars, part of which is now referred to as the “Seaport District.” Residents enjoy the waterfront and the skyline views of downtown as well as the nearby beaches and parks. You’ll also find Dorchester Heights here, where George Washington’s army set up cannons to force the British out of Boston in 1776. 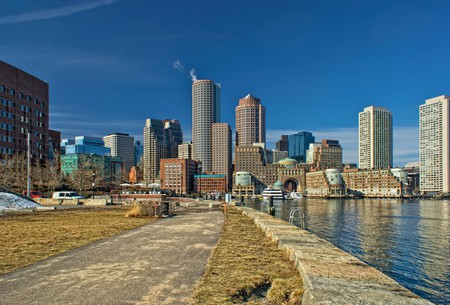 The South End has always been a popular area, especially for young professionals, families and its large LGBTQ community. The food and arts scene is abundant and ever-changing, with blocks of high-end restaurants that attract foodies. The rows of brownstones mirror those of neighboring Back Bay and offer views of gorgeous houses, flower boxes, and gaslight street lamps. Those sights alone are worth a visit. 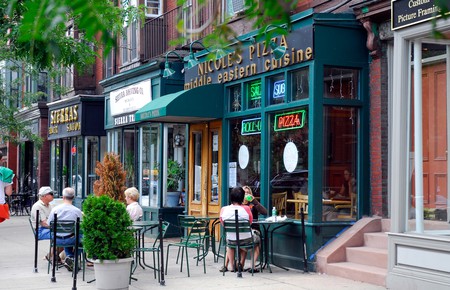 West Roxbury is a suburban community in the southwest corner of the city. The tree-lined streets make it an excellent residential neighborhood and it counts transcendentalists like Ralph Waldo Emerson and Henry David Thoreau among its former visitors.