A Fitness Lover's Guide to Boston 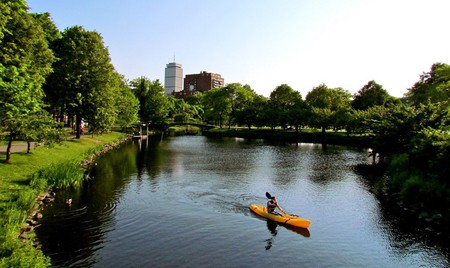 Boston is the ideal city for fitness lovers to visit. Whether you’re into upscale fitness studios or are more of the get outside type, this city has plenty to do to keep you fit and active. The fitness scene has grown over the last decade, and there are niche studios and gyms for everyone – not to mention Boston’s incredible outdoor running paths and green spaces. Here’s a guide to all you need to know about fitness in the city.

The Boston HarborWalk, also known as the Waterfront, is the city’s public walkway that runs along the entirety of the Boston Harbor. It wraps around piers, wharves, and the shoreline. Once completed, it will run 47 miles (75.6 kilometers) from East Boston to Neponset River. The downtown area of the HarborWalk is the prettiest, offering views of the city. It is a perfect running path for fitness lovers. The path may be flat but has plenty of opportunities for distance runners. Run by the Aquarium, and then head to the Seaport for a workout reward of the beautiful skyline in front of the John Joseph Moakley Courthouse. 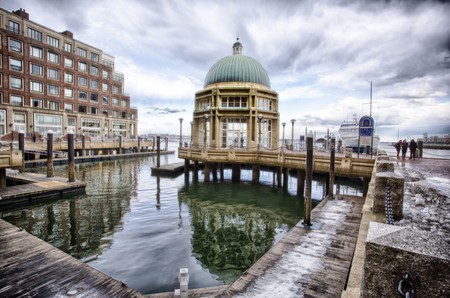 The Charles River Esplanade runs along the banks of the Charles River. It is a beautiful open space with paved pathways, greenery, and docks. Visitors can run along the trails or bike on the paths to get in a workout. There will always be plenty of other Bostonians there to keep you company, especially during the warm months. In the summer, you can also rent kayaks or paddleboards for a workout, and there are often plenty of free fitness classes on the Esplanade then. There are also playgrounds for children and gym bars for adults so that you can get in some chin-ups and stretch. 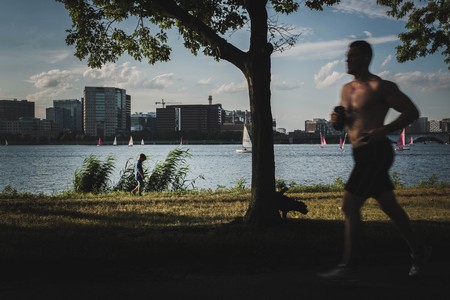 The Boston Common is the largest green space downtown and a perfect spot to get in a workout. You’ll come across plenty of other runners along the park’s paths, and there are also free fitness classes happening during the summer. Here, you’ll also find baseball fields, tennis courts, and open fields for playing football or tossing around a Frisbee™. If you’re a dog lover, this is a great space to meet up with other dog owners or watch the pups play. There is a slight hill in the park, rising to the Massachusetts State House, so this is a good division from the flat Esplanade. 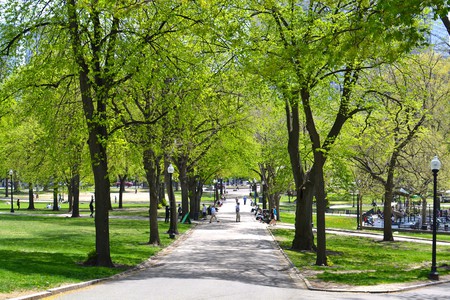 South Boston Yoga is a yoga studio located not far from the Broadway T stop. The yoga studio runs specialized workshops and teacher training classes. As part of their regular class schedule, they also offer aerial yoga, hot yoga, pilates, “all levels” classes, and more. If you’re visiting Boston, this studio is a perfect place to find your zen. 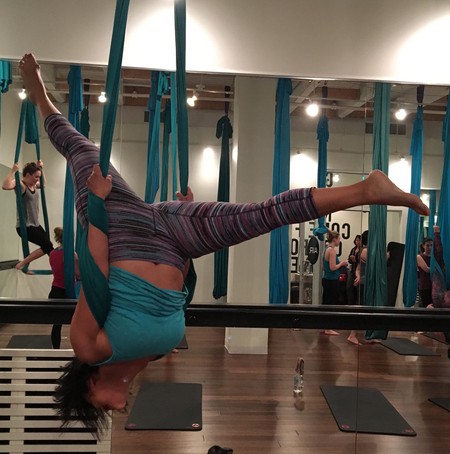 A fan of cycling? If you don’t feel like cycling outside, or the weather isn’t accommodating, try out a spin class at B/SPOKE Studios. Located in the Financial District of Boston, this studio has upscale spinning bikes. First-timers can book a class for only $15, and classes are for all experience levels – you choose your resistance. The studio offers classes that incorporate hand weights, and there is also a fun hip-hop class.

Tired of the same old workout? Try something new at Brooklyn Boulders. Everyone here is drawn together by a love for climbing. Learn to belay or try out bouldering with a day pass. Gain muscle and have fun doing it. This rock climbing gym also has a lot of community events going on, as well as classes. If you’re completely new to climbing, try out a Learn the Ropes class. 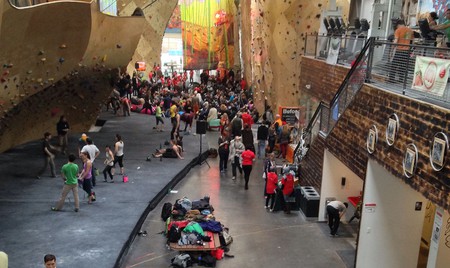