A Couple’s Guide to Boston 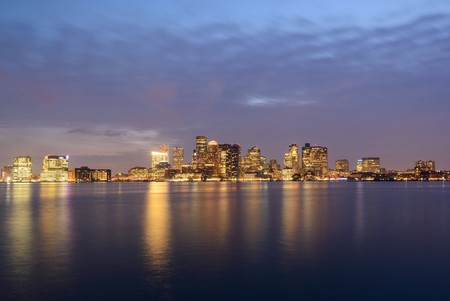 Though Valentine’s Day has come and gone, that doesn’t mean you can’t plan a romantic city excursion. Boston offers some magnificently romantic spots and backdrops no matter the season. If you are visiting the city, then be sure to check out some of these intimate spots.

Across the street from Boston Common, the Public Garden features beautiful landscaping and a tranquil lagoon. Take a stroll along the footpaths or rent out a swan boat to paddle around the water. Given its central location, it is within walking distance of any of downtown’s finest eateries. 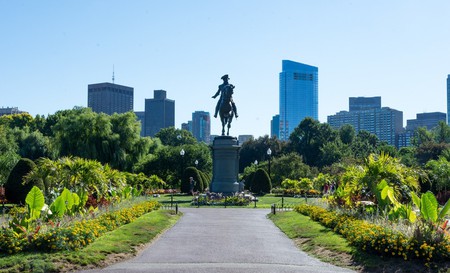 Skywalk Observatory & Top of the Hub

On top of the Prudential Center—Boston’s second-tallest building—you will find the Skywalk Observatory. From this 360-degree deck, you can take in a panoramic view of the city below, all of its neighborhoods, surrounding towns, and the harbor. After you’ve spent enough time staring in awe at this view, head to the Top of the Hub restaurant located one floor above. You’ll still have that great view, plus you’ll be able to enjoy a quiet, romantic dinner. If you can manage to get a table before sunset, you’ll be in for a real treat.

The North End is Boston’s Italian district, chock-full of amazing places to eat. Plus, with its waterfront location, it is a perfect place to take a walk and get a feel for one of the oldest neighborhoods in the city. After you’ve gotten a taste for the city’s culture at historic landmarks like the Paul Revere House, you can get a taste of its cuisine at some of the best restaurants in Boston. Options range from fine dining to simple, classic pizza at the original Regina Pizzeria’s location.

Boston Harbor isn’t just famous for its tea party way back in colonial times. It also offers some of the best views of the downtown skyline. The cruises that go around the harbor and its islands provide a brief solace from the rush of the rest of the city. Hop on board and relax while you and that special someone take in fantastic views of the city and harbor islands as the sun sets. You can even head to the front of the ship to recreate that scene from Titanic.

This spot is perfect for athletic couples who thrive off the energy that competition brings. First, test your climbing abilities in Somerville’s Brooklyn Boulders, an indoor rock-climbing facility. Then, head next door to the hip Aeronaut Brewery, one of the most popular places to grab a beer in town. Aeronaut has a huge selection of board games available at the bar, making this an ideal place to kick back after some intense climbing. Both venues occasionally hold special events, including live music and DJ nights, so keep an eye on their calendar!

The dinner-and-a-movie plan is a date night classic. Thankfully, Boston is home to a number of independent movie theaters. On top of showing all the major awards season movies, these theaters will regularly host special screenings of film classics. From horror and experimental to beloved romantic comedies, Boston’s theaters bring a wide array of movies to town. The best places to go are the Coolidge Corner Theater in Brookline, the Brattle in Harvard Square, and the Kendall Square Cinema. 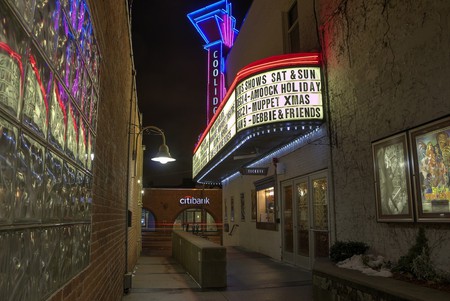 You’re never too old to play with LEGOs®! Though it’s usually just for kids, the LEGOLAND® Discovery Center at Assembly Square, Somerville, hosts occasional adult nights, opening its doors to those big kids who still yearn to build, create, and discover. There is no shortage of fun activities available at the Discovery Center, and working together creatively is a great way to get to know your significant other intimately.