A Brief History Of The Museum Of Fine Arts, Boston 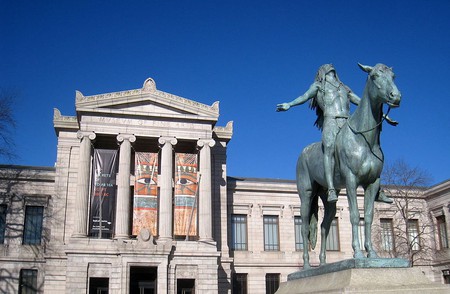 For both the experienced art critic and the amateur art appreciator, Boston’s Museum of Fine Arts is a treasure of the art world. Opened on the nation’s bicentennial, July 4, 1876, the museum debuted with just 5,600 pieces of artworks. Today, it is home to a vast collection, totaling over 500,000 pieces.

As with any building as old as this, the MFA has undergone a number of changes in its 140 years of operation. It originally opened in Copley Square, but owners soon determined that the building was inadequate, and construction began on the current location. Just over three decades later, in 1909, the museum moved to Huntington Avenue – a space that today allows them to host over one million visitors annually.

After the MFA had found its home on Huntington Avenue, it seemed to grow exponentially in popularity. Soon after opening, ground broke on an addition to house more galleries, around the time that renowned painter John Singer Sargent began his ambitious mural projects, which took nearly ten years. The School of the Museum of Fine Arts was opened in 1927 and continues to operate today as a part of Tufts University. Throughout the 20th century, the MFA continued to grow, quite literally, with the construction of numerous wings and additions. The most recent project took place in 2015, a renovation of its Japanese garden, Tenshin-en. 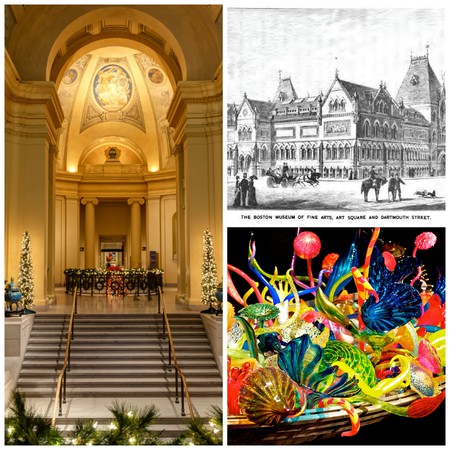 When it comes to what lies within the walls of the building, the answer is certainly ample. Here you can find works of art ranging from ancient Egyptian artifacts to John Singleton Copley’s most recognized paintings of Revolutionary America to Paul Revere’s silver collection, crafted himself. You’ll be shocked by the ten-foot baby heads at the Fenway entrance, a unique sculpture with a metaphorical meaning. Along with this ever-growing physical collection, the MFA maintains a massive online database – one of the largest in the world – where you are free to browse each piece remotely.

One of the greatest aspects of the MFA is the ever-changing exhibits in addition to their permanent collection. In recent years, they’ve hosted the latest in tech fashion, Katsushika Hokusai’s famous wave, and the remains of a Boston time capsule from 1795. In addition to these exhibits, visitors can always attend special events, ranging from musical performances to yoga sessions. Throughout its history, the MFA has always been at the forefront of culture in Boston, and they continue to be a leader on the global art scene.