A Brief History Of The Boston Red Sox 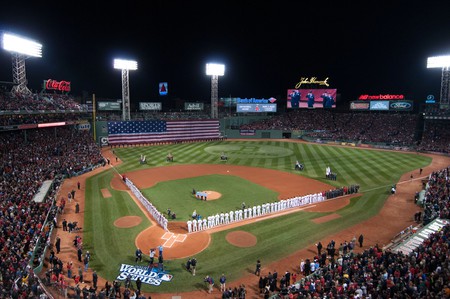 Red Sox pride runs deep in Boston. Local businesses run crazy sales based on a season’s outcome, and the city just completed a new MBTA stop for easier game access. From April to (hopefully) October, Fenway becomes the epicenter of the city, and you’ll never go a day without hearing a recap of yesterday’s game. Being a Bostonian is nearly synonymous with being a Red Sox fan, and whether you love or hate sports, you always seem to know how the team is doing during the year.

As one of the oldest teams in Major League Baseball, the Red Sox share a history with the beginning of American baseball. Their debut season of 1901 was led by starter Cy Young, who you know as the namesake of the Cy Young Award, an award given every season to the best pitchers. In their first season, the Boston Americans (they would become the Red Sox in 1907) finished second, and would win their first World Series in 1903.

Until 1912, the team played at a field on Huntington Avenue until Fenway Park was opened. Many people come to Fenway just to see what many have called the classic, American ball field. Fenway Park was built specifically for the Red Sox and constructed on owner John Taylor’s own land in the Fenway section of Boston.

Most Bostonians – and baseball fans in general – know the significance of the 1914 signing of George Herman Ruth, or more famously, Babe Ruth. The 6’2’’ baseball legend led the Red Sox to three World Series victories, until Owner Henry Frazee sold him to the New York Yankees in 1920 for $100,000, about $1.2 million today. 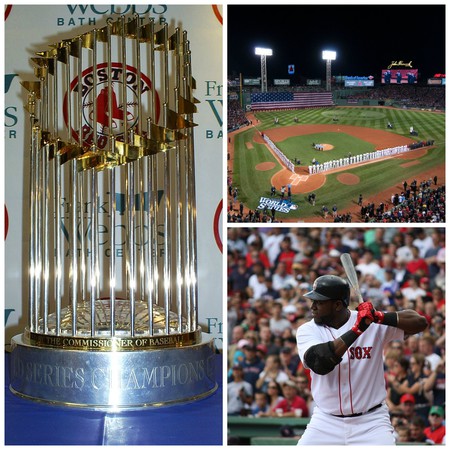 After the Babe Ruth deal, the ‘Curse of the Bambino’ haunted Boston for years. In 1933, Tom Yawkey bought the team after they finished with 111 losses, the record-holder for the worst season. He crafted a strong roster with names like Ted Williams, Jimmie Foxx, Bobby Doerr, and Johnny Pesky. Ted Williams is still arguably the greatest hitter of all time, and the right field foul pole at Fenway Park is named the ‘Pesky Pole’ in honor of the late right fielder who passed away in 2012.

While Red Sox fans saw hope in these greats, they could never quite turn their talent into a World Series win. While they finished strong multiple years in the next two decades, it always seemed to be second or third. Even when they made it to the World Series in 1986, a series of events, including Bill Buckner’s infamous error, ultimately led to a loss.

After 86 years of the ‘Curse’, it’s no wonder the city of Boston exploded on October 27, 2004. The previous year, the Sox had made it to the American League Championship Series – one stop before the World Series – only to lose in a heated Game 7 to the Yankees. 2004 seemed to be a mirror of the previous season. After making it to the playoffs as a Wild Card and sweeping the Los Angeles Angels in the first round, the Sox then faced the Yankees in the ALCS yet again.

They were quickly down three games, losing one 19-8. But, instead of repeating the year before, they came back to win four straight, and then another four against the St. Louis Cardinals in the World Series. Since then, the team has taken home three World Series wins, and each one is celebrated with a massive duck boat parade through Downtown Boston.