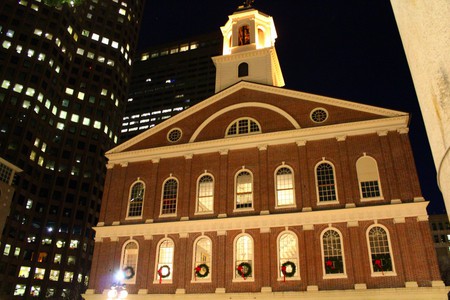 Faneuil Hall is a must-visit attraction for all tourists in Boston. The iconic market and meeting place is located near the water in Boston’s Government Center and is a U.S. National Historic Landmark – occasionally called the “Cradle of Liberty” or “the home of free speech.” Today, visitors and locals walk down the picturesque walkways and over the cobblestones and bricks to shops and bars, but the landmark holds much history. 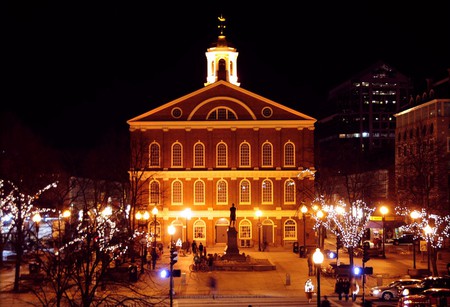 What is Faneuil Hall?

First built in 1743, Faneuil Hall is a meeting hall and marketplace. Boston was in need of a public meeting house, and the merchant Peter Faneuil offered to build it with his money. The marketplace was designed in the style of an English country market and was partially funded by slave money.

Rebuilt after a fire in 1761 and greatly expanded upon over the years, the hall’s notable features include an 80-pound (36.3-kilogram) grasshopper weathervane, modeled after a similar one on the London Royal Exchange, and a large bell. Neighboring Quincy Market was constructed in 1824. Today, Faneuil Hall is part of a larger marketplace that consists of three large granite buildings – North Market, Quincy Market, and South Market – filled with shops, bars, and restaurants. The area is known for its vibrant, busy nightlife. 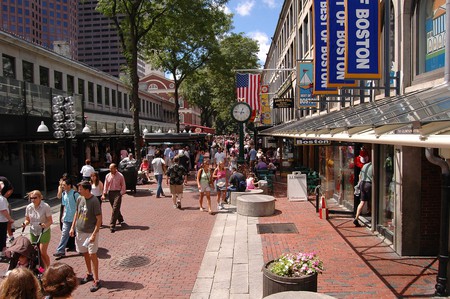 Faneuil Hall hosted America’s first town meeting and played an influential role in the politics of the American Revolution. It is the site of many speeches by Samuel Adams and James Otis, among others, who encouraged independence from Great Britain. It was also the place where Americans first protested the Sugar Act, Stamp Act, and later the Townshend Acts and Tea Acts, following the idea of “no taxation without representation.”

Additionally, the marketplace was where Julius Caesar Chappelle later gave a speech in 1890, supporting the Federal Elections bill that would help give black Americans the right to vote. Other notable politicians gave speeches at Faneuil Hall over the years, including Senator Edward M. Kennedy and President Barack Obama.

Today, visitors can still tour the original Faneuil Hall, which is also part of the Freedom Trail. 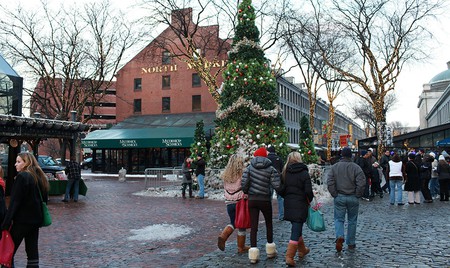