A Brief History of Clam Chowder 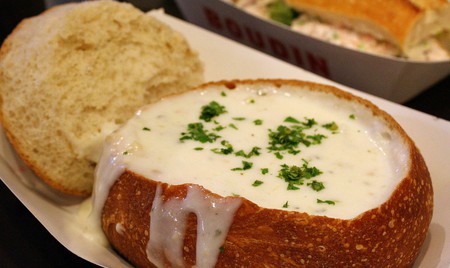 Clam chowder is a delicious creamy soup best eaten on a chilly day. However, you’ll find New Englanders eating it all year long. After all, it’s practically a tradition here, with Boston’s Union Oyster House – the oldest continuously operating restaurant in the United States – serving it up since 1836. 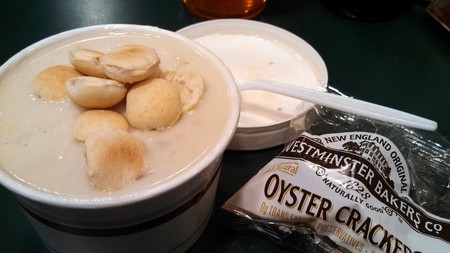 What is clam chowder?

Clam chowder is a moniker used to describe just about any soup that contains clams and broth. Most clam chowders are also made with potatoes, onions, or celery, while some even add in bacon. Oyster or saltine crackers almost always accompany the soup.

New England clam chowder is the most well-known and popular clam chowder. Though it’s named after New England and associated most with Massachusetts and Maine, food historians believe that French or Nova Scotian settlers introduced the soup to the area. New England clam chowder, occasionally called “Boston Clam Chowder,” is made with the usual clams and potatoes, but it also has a milk or cream base. It is usually thick and hearty; however, in the 19th and 20th centuries, it was quite thin. While the New England variety is the best known, there are many other variations of clam chowder. 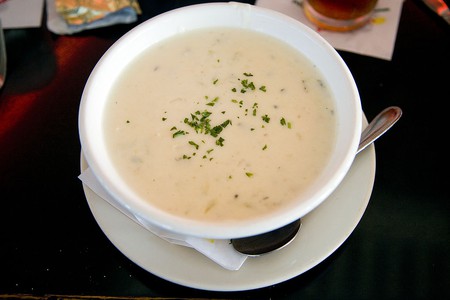 The two most popular types of clam chowder are the above-mentioned cream-based New England version and Manhattan clam chowder. The latter is red-based thanks to the addition of tomatoes and tomato paste. Without milk or cream, the chowder has a much thinner broth and often includes other vegetables like carrots. Other types of chowder include Delaware clam chowder – New England-style chowder with the addition of pork – and the Minorcan clam chowder, a spicy tomato-based chowder popular in Florida. Long Island clam chowder is a mix between the two most well-known chowders, making it a creamy red chowder with tomatoes. (The joke is that Long Island is between New England and Manhattan.)

While there are many types of clam chowders to try, know that the area you’re located in may greatly affect how your soup looks. If you’re in New England, expect nothing less than a creamy bowl of clams and potatoes – occasionally served in a bread bowl. 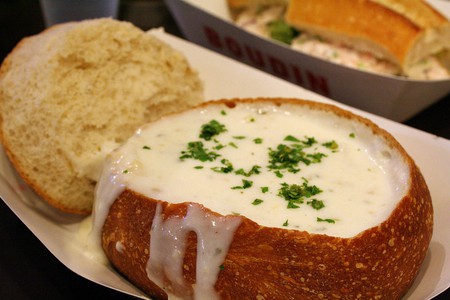