Things You Didn't Know About The Boston Red Sox

The Boston Red Sox are one of the most loved teams in baseball, with Red Sox Nation fan clubs spread across the country. For both die-hard fans and those in the post-season bandwagon, check out these little-known facts regarding Boston’s favorite baseball team.

The sinking of the Titanic overshadowed opening day in 1912

On April 20, 1912, the Red Sox kicked off their baseball legacy in a brand new stadium, beating the New York Highlanders (later the Yankees) 7-6. Unfortunately, their win never even made Boston front pages, as the RMS Titanic had sunk a few days prior and continued to dominate headlines. The lack of attention didn’t sway the team though — they went on to win the 1912 World Series. 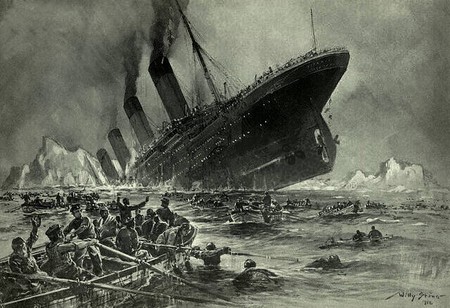 On May 8, 1926 a fire destroyed a section of bleachers along the left field line. The owner at the time, John Quinn, decided not to repair them, due to a lack of funds, and quite possibly a lack of fans at the time. When Tom Yawkey bought the team in 1933 he allocated funds for major reconstruction of the park. In January 1934, however, a second fire destroyed most of the park. Crews worked around the clock to ensure the park would be ready for Opening Day that spring.

Dents in the Green Monster

The Red Sox, and more so Fenway Park, are famous for the massive, intimidating wall in left field — the Green Monster. Over the years, batters have attempted to hit home runs over the wall. The many missed attempts have left literally thousands of dents in the wall. According to a Boston Globe estimate, there are at least 211,000, with some spots being hit up to six times. 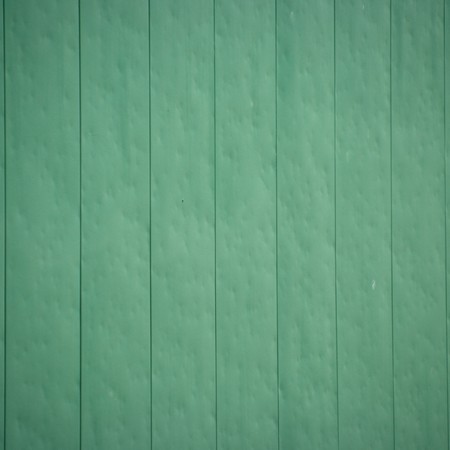 Dents in the Green Monster | ©jakerome/Flickr

Why the Green Monster was Built

The Green Monster is an iconic Boston landmark, and actually wasn’t painted green until 1947. Standing at over 37 feet tall and stretching 231 feet wide, the origins of the wall may surprise you. It was designed to keep spectators from the street, who did not pay admission, from watching the games. It was part of the original designs, but burned down in the 1934 fire. Reconstructed from tin, it was reassembled in 1976 out of hard plastic. 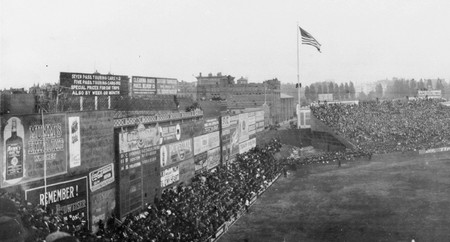 The Green Monster in 1914 | ©Delaywaves/Wikipedia

Most Red Sox fans know about the Pesky Pole at Fenway Park—the right field foul pole named after infielder Johnny Pesky. But in 2005, the team also honored another great with the second foul pole. You know catcher Carlton Fisk from his famous ‘waving fair‘ game-winning home run in the 12th inning of the 6th game of the 1975 World Series. Fisk was the first player to unanimously be voted American League Rookie of the Year in 1972. 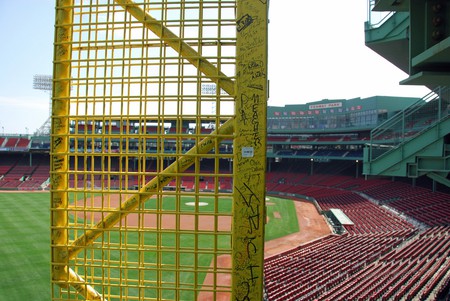 Originally called the Boston Americans and other nicknames, the team adopted the name the “Red Sox” in 1907. It was a commonality at the time for teams to adopt their colors as their name, and teams like “Blue Stockings” and “Red Stockings” were common. Newspaper reporters would shorten these names to Sox, and it was already a common short name for “socks.” Of course it also came down to vanity—”Red Sox” looked better than “Red Socks” on merchandise. 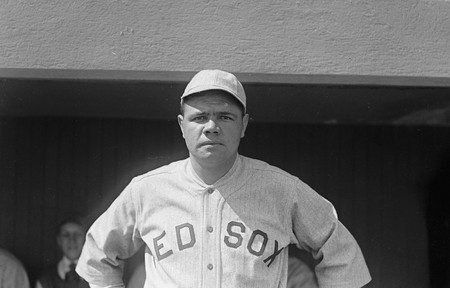 11 days before the official start of the 1912 season, the Red Sox played their first game against the Harvard Crimson. According to Harvard Magazine, conditions were terrible, as can happen early in a New England spring. The Red Sox won that day 2-0, and Harvard would play the Sox in pre-season matchups a few more times throughout the years. Today, the team generally faces off against Northeastern and Boston College during pre-season in Fort Myers.

From May 15, 2003 to April 9, 2013 every seat in Fenway Park was full for every home game. The sellout streak included 794 regular season games and is the longest streak of any professional sports team. For night games, Fenway Park can hold 37,493 people. On April 10, 2013, only 30,862 fans bought tickets to watch an 8-5 loss against the Baltimore Orioles. 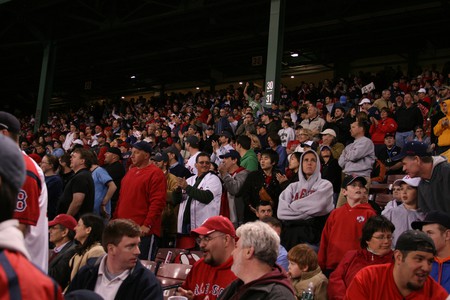 Fenway Park sells the most expensive beer in baseball

There are a few things that are almost required when watching a game at Fenway Park: a Red Sox jersey, a Fenway frank, and an ice cold beer. But that brew will cost you a pretty penny in Boston, with one draft costing $7.75. You’ll find the least expensive in the MLB at the home of either the Cleveland Indians or the Arizona Diamonds, where one drink only costs $4. 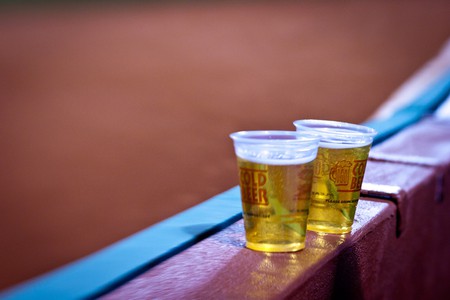 ©Andrew Malone
Give us feedback