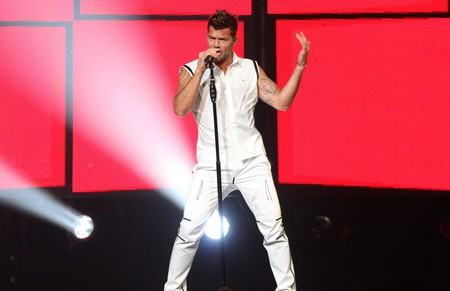 Bruno Mars, the multi-talented entertainer of Puerto Rican descent, is definitely an artist who music lovers should know, but the talent doesn’t stop with him. Check out 7 other musicians with catchy tunes that you need to know.

Chayanne debuted at the age of 11 with the Puerto Rican boy band Los Chicos; then in 1984, he broke out as a solo artist with the album Chayanne Es Mi Nombre. With hits spanning multiple decades, Chayanne is very well-known in the Spanish-speaking world and has acted in several movies, such as Dance with Me, in addition to his successful musical career that includes hits like “Provócame,” “Fiesta en América,” “Tiempo de Vals,” and “Tu Pirata Soy Yo.”

Latin Grammy Award-winner Luis Fonsi is known for his multiple chart-topping hits throughout his career, as well as for his work advocating for St. Jude’s Hospital for about 10 years. Some of his most notable songs are “No Me Doy por Vencido,” “Aqui Estoy Yo,” and “Despacito,” his most recent international hit.

An alum of the prestigious Berklee College of Music in Boston, Tommy Torres is a producer and singer-songwriter that has collaborated with Ricky Martin, Son by Four, and MDO, among others. He released his first album in 2001. “Tarde o Temprano,” “Querido Tommy,” and “Pegadito” are among his hit songs.

Latin superstar Ricky Martin first gained attention in the music world as one of the members of the big Puerto Rican boy band, Menudo. After the Menudo years, Martin released several successful Spanish-language albums before releasing his first, self-titled English-language album in 1999, which made him an international sensation. Since then, he has released songs in both English and Spanish and is active in charitable causes. Some of his most well-known songs are “Livin’ La Vida Loca,” “Pegate,” “Tu Recuerdo,” and “Lo Mejor de Mi Vida Eres Tú.”

Before her breakthrough as a professional singer-songwriter, Kany Garcia studied at the Puerto Rico Music Conservatory. She has released several albums to date and has worked with other artists as well. “Como Decirle,” “Duele Menos,” and “Hoy Ya Me Voy” are definitely must-listen songs of hers.

Robi Draco Rosa, also known as Draco Rosa or Draco, is a singer-songwriter whose been making music for decades. He has released critically acclaimed albums and collaborated frequently with Ricky Martin, with whom he was in band Menudo, sometimes under a pseudonym. “Esto Es Vida,” “Penelope,” and “Más y Más” with Ricky Martin are among his most popular tunes.

One of reggaeton’s biggest musicians, Don Omar has been releasing music since the early 2000s. Notably, some of his songs have been featured on the very successful Fast and the Furious movie franchise. Songs to include for an introduction to Don Omar’s music would be “Hasta Abajo,” “Raggaeton Latino,” “Danza Kuduro” featuring Lucenzo, “Taboo,” and “Salio El Sol.”