5 Films That Show Diversity in Boston 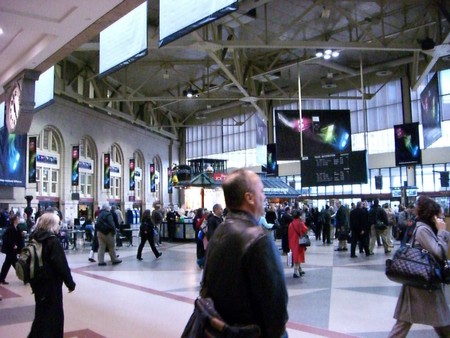 In recent years, Boston has become more of a staple in film, with a handful of movies set in the area. But many of these movies focus on the city’s past criminal population and Irish-American heritage. While Boston is certainly proud of the latter (not so much the former), movies such as The Departed and The Town don’t reflect all that the city is about. While minority groups have a strong history in Boston, it is a little harder to find movies that depict those communities. The city is also host to a number of independent film festivals that focus on less-represented groups, including the annual Wicked Queer Film Festival, which showcases the talents of local and national LGBTQ filmmakers. There is also the Boston Jewish Film Festival and the Independent Film Festival of Boston, both popular events. Local venues, such as the Museum of Fine Arts, also host numerous screenings that showcase diverse communities in Boston and abroad.

On April 4, 1968, Dr. Martin Luther King, Jr. was assassinated in Memphis, TN. This event shocked the nation, and the tension it caused threatened to tear some cities apart. Although Boston was never at the forefront of the civil rights movement of the era, officials expected protests and riots. But those didn’t happen. This documentary, produced by David Leaf, explains that tensions were quelled because James Brown, the Godfather of Soul, performed a concert at the Boston Garden on April 5. Using archival footage of the performance, as well as footage that illuminates Boston’s own history of segregation and racial tension, the film does an excellent job at cementing James Brown as a cultural titan. The rest of the story is told via personal accounts from Boston politicians, those who went to the concert, and members of Brown’s band. You can watch this documentary on YouTube.

Everybody Wants to be Italian

This romantic comedy came out in 2007, debuting at the Boston Film Festival. It is set in Boston’s North End, the city’s historic Italian neighborhood. While Italian-Americans have a long history on the big screen, the New York area largely gets more of the focus. While the movie does a good job at using Boston’s Italian community as a backdrop, critics were less than enthusiastic about it as a whole. The story is about a local fish seller and his attempts to find love. Part of the reason why critics disliked the story was because of the main character’s selfishness in these attempts. Nonetheless, the movie can be fun fluff to waste a few hours.

Every so often, a comedic movie comes out that combines perfectly-timed laughs with excellent social commentary. Elle Woods, Reese Witherspoon’s character from the comedy Legally Blonde has been inspiring young women to pursue their goals and passions since the film’s release in 2001. In the movie, Elle defies her doubters by getting into Harvard Law School, eventually graduating at the top of her class.

While on-screen representation for the intellectually disabled is important, the subject is often handled poorly, with insensitivity and clumsiness. This 1968 movie, based on the classic science fiction short story Flowers for Algernon by Daniel Keyes, was one of the earliest to tackle this sensitive subject matter. While it isn’t a perfect representation, especially by today’s standards, it was still well-received critically, largely for its characters and the use of Boston’s historic colonial architecture as a setting. The titular character of the story undergoes experimental testing to improve human intelligence. Cliff Robertson won the Academy Award for Best Actor for his portrayal of Charly.

This modern noir film was Ben Affleck’s directorial debut in 2007. Amy Ryan’s role as a negligent mother was especially praised, and even earned her a nomination for Best Supporting Actress at the Academy Awards. Based on the novel of the same name by local author Dennis Lehane (Mystic River), the movie adds a much more nuanced take on local crime than some of its counterparts, especially in terms of its treatment of Boston’s lower income communities. Starring Casey Affleck and Morgan Freeman, it’s the story of two Boston detectives searching for a young girl who has gone missing. Ultimately, it creates an effective moral issue as it progresses, as the characters make decisions that many viewers have difficulty supporting.