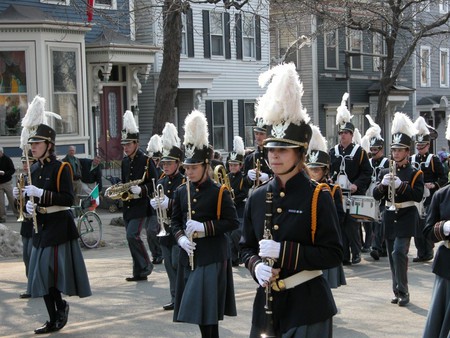 There’s nowhere better to celebrate St Patrick’s Day than Boston. These activities are the very best ways to honor the city’s Irish-American heritage and enter into the spirit of the holiday.

St Patrick’s Day festivities around the world are traditionally a celebration of Irish heritage, and nowhere in the US is this more important than in Boston, a city that’s historically always had a large Irish-American population. Around March 17 every year, the Massachusetts capital comes alive as people from all over the world flock to the city to celebrate with famous parades and pub crawls. Here are the best activities on offer in Boston.

Soak up the culture at the St Patrick’s Day Parade

The most famous event of the holiday is, of course, the annual South Boston St Patrick’s Day Parade. Sponsored by the South Boston Allied War Veterans Council, the march celebrates not only Irish-American culture but also Evacuation Day, which occurred on March 17 1776, when the British departed Boston – partly due to a violent storm. Expect to see marching bands, elaborately decorated floats and lots of revelers in fancy dress; the event is mostly family-friendly, although parts of the crowd can get a bit rowdy. It’s free to attend – just be sure to show your Irish spirit by wearing green.

(Note that the parade doesn’t always take place on St Patrick’s Day itself – check the official website for this year’s time and date.) 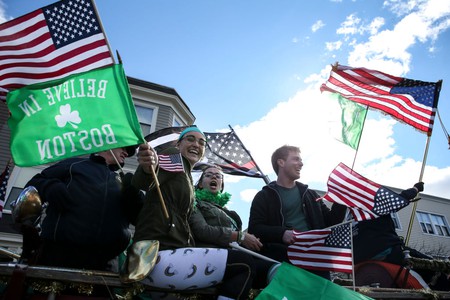 Walk through history at the Irish Heritage Trail

If you’re interested in learning about the storied past of Boston’s Irish-Americans, head to the Irish Heritage Trail. This self-guided tour takes you through landmarks associated with the Irish diaspora, such as the Boston Irish Famine Memorial, the Public Library with its collection of Irish sheet music and the Rose Kennedy Garden, which commemorates the mother of the USA’s first Irish-American president, John F Kennedy. All the information you need to know about the trail is located here; you can also pick up a map in the various visitor information centers around town.

Attend one of the Dropkick Murphys’ annual concerts

Every year, the Dropkick Murphys – a Celtic punk band made famous by Scorsese’s Academy Award-winning movie The Departed (2006) – return to Boston for a series of concerts in the city where they first formed and performed. Their high-octane performances have become a St Patrick’s Day tradition, drawing in crowds of Bostonians and visitors in equal measure. They usually play a number of shows in notable venues, such as the House of Blues; check out their ticket site to seize this chance to see the band play on their home turf. 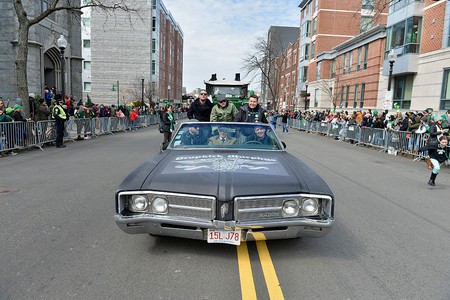 Head to the movie theater for the Irish Film Festival

Ever since 1999, this festival has been bringing the best of Irish film to Boston’s big screens. It’s the largest festival of its kind outside of Ireland and draws in thousands of viewers over four days; it also awards filmmakers who have created outstanding documentaries, feature films and shorts about Irish culture. Screenings take place in the historic Somerville Theatre in Davis Square – browse its schedule and settle in to watch whatever catches your eye.

Circle the harbor on a party cruise

Grab your friends for a cruise to remember, all without ever leaving Boston Harbor. The St Patrick’s Weekend Party Cruise has two DJs, four decks and two dance floors for the ultimate party yacht experience. The event takes place over three hours, traveling through the harbor for incredible views of the Boston skyline. Despite the revelry, a strict dress code is enforced – you must wear green. You’ll find all the ticket information and dates here.

Stretch your legs at the St Patrick’s Day Road Race

The marathon may be the best-known sporting event in Boston, but the St Patrick’s Day Road Race in South Boston is a close second. Sponsored by the Boys and Girls Club of Boston, with all proceeds supporting the charity’s mission of keeping Boston’s youth safe and off the streets, this is the perfect activity to shake off the weekend’s hangover (but don’t worry – it’s only 5km/3.1mi). You can find all the information for this year’s race and sign up here. 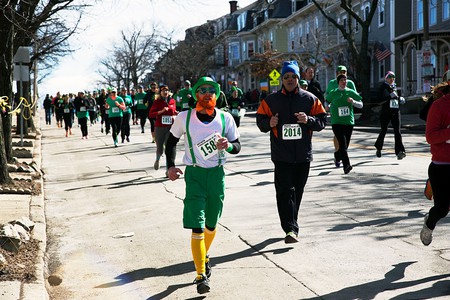 Every year, joggers take to the streets for a fun-filled St Patrick’s Day race | | © Joe Sohm/Visions of America/Universal Images Group via Getty Images

Get jiggy to some Irish music

Attending an authentic Irish trad session is a must-do on St Patrick’s Day, wherever you are in the world; luckily, there’s a great Irish pub scene in Boston. Stop by to enjoy a pint of Guinness with a live soundtrack of jigs, reels and folk songs. Make sure you’ve got your dancing shoes on because you’ll be on the floor (or the tables) before the night ends.

There’s nothing quite as filling and comforting as Irish food. Line your stomach for the night ahead with a hearty Irish stew, and nurse the hangover the morning after with a traditional full Irish breakfast. You’ll find delicious Irish dishes served up in all the Irish pubs around Boston during St Patrick’s Day, so come hungry and tuck in.

Cheer on the Celtics

When in Boston, it’s always worth trying to catch a Celtics game, but the atmosphere in the crowd is arguably at its best around St Patrick’s Day. After all, their mascot, Lucky the Leprechaun, is a nod to Boston’s Irish-American community. While they are sadly not playing on St Patrick’s Day, there are games throughout March if you’re in town for longer than the weekend. You can purchase tickets here; alternatively, find one of Boston’s great sports bars and support the city’s green jerseys with pride.

Despite being a religious holiday, St Patrick’s Day festivities tend to be pretty boozy. As such, a pub crawl is probably one of the most popular ways to celebrate it in Boston. There are a variety of pub crawl tickets available for purchase, but your best bet is to grab your friends and go at your own pace. The city has a huge variety of welcoming pubs where you’ll experience genuine Irish hospitality; check out some of the best here. 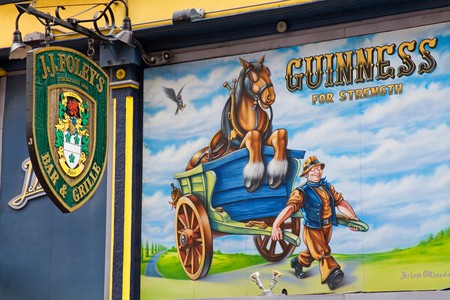