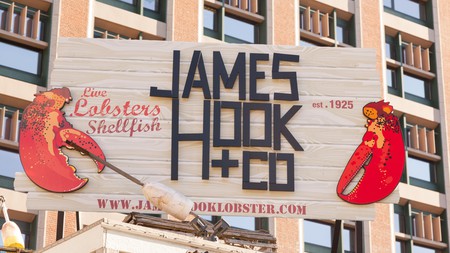 Beantown has built up a reputation as a food city, rife with its world-renowned seafood, classic New England fare, as well as a growing international culinary scene. Any trip to Massachusetts for Boston food should include at least one of these signature dishes. 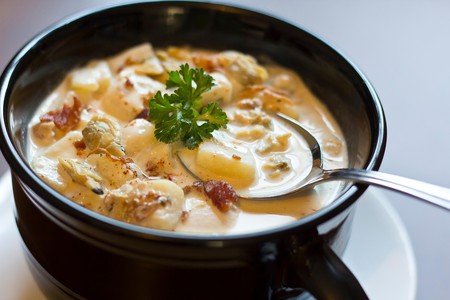 Clam chowder (or “chowdah,” as the locals say) has been around for centuries, thanks to a handful of settlers (presumed to be either British, French or Nova Scotian) who ushered the thick soup into New England in the early 18th century. Although there are a couple of different styles, Boston has become a haven for the New England variety – a white chowder crafted out of clams, onions, milk or cream, potatoes and thickened with oyster crackers. It’s clam chowder’s distinct white color – credited to the addition of milk – that separates it from any other chowder. These days, chowder is ubiquitous in just about every restaurant in Boston, but few make it as well as Union Oyster House, who’s been serving up bowls of the stuff since 1826. If the wait is too long at Union Oyster House, a bowl from James Hook & Co. or Legal Sea Foods is just as satisfying. 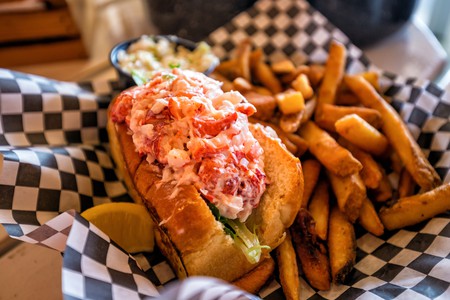 While Boston’s northern neighbor may scoff at the idea of eating a lobster roll outside of Maine, Boston has certainly become a destination for the summertime meal. The sandwich – often served on a griddled, buttered roll – arrives flush with pink lobster meat and showered with warm melted butter or mayo. In Boston, lines quickly and perpetually form at Neptune Oyster, brimming with visitors itching to try the famed Maine lobster roll. Here, lobster rolls emerge hot with butter or cold with mayo. For something a little less buttoned up, there’s the no-frills Yankee Lobster Co. on the harbor, touting all claw and knuckle meat. 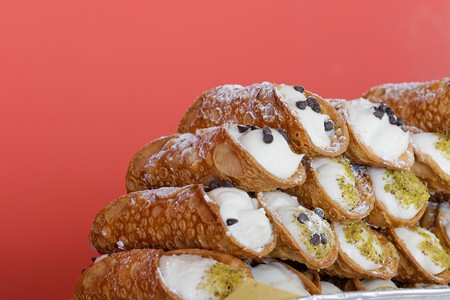 There’s a bit of a cannoli rivalry in Boston. Where to get the flaky Italian pastry – hollow pastry tubes piped with sweet ricotta cheese and peppered with chocolate, nuts or fruit – is a frequent argument among Bostonians. Do you head to the North End to Mike’s Pastry, a family-run bakery that’s been making cannolis presented in white boxes tied with string since 1946? Or do you hit Modern Pastry down the street, where three generations of bakers are hand-filling shells? You may simply have to try both. 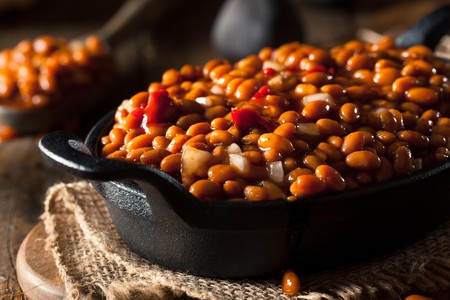 Boston wasn’t nicknamed Beantown by chance; the name stems from the city’s beloved baked beans. Contrary to its name, baked beans aren’t baked; they’re actually stewed, sweetened with syrup or molasses and swirled with bacon or salt pork. The old-fashioned, slow-cooked recipe is often carved into at a range of pubs, like Beantown Pub, The Fours, and Marliave, a French restaurant that delivers a pile of smoky beans in a cast-iron dish. 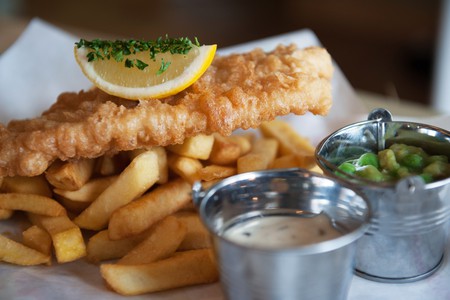 Although it’s believed that the first fish and chips shop was opened in the mid-19th century in London, Boston has welcomed the British favorite as one of its own. White fish – usually cod, pollock or haddock – is battered in flour and deep-fried until golden and crackly, and paired with a platter of oil-slicked fries. Bostonians flock to The Barking Crab, a harborside shack that plops fish and chips, plus a side of house-made tartar sauce, in a red plastic basket. Others swear by Matt Murphy’s Pub’s version – crispy cod presented in newspaper. 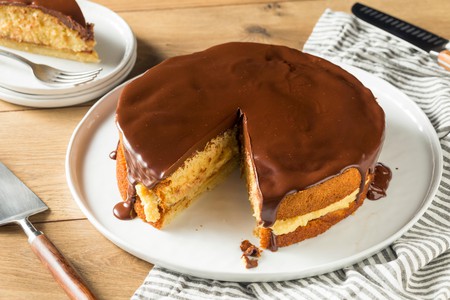 There’s perhaps nothing more Boston than the very dessert that’s named after the city itself. Boston cream pie has long been a staple in Boston, ever since 1856 when it was first created at the Parker House Hotel (now the Omni Parker House Hotel). Baked by French chef Augustine Francois Anezin, the pie was referred to originally as a chocolate cream pie, with two rounds of sponge cake bathed in custard, painted with rum syrup and finished with shiny chocolate fondant. The cake is still available at the hotel, but there are plenty of great versions in both cake and doughnut form at Flour Bakery, Union Square Donuts and Magnolia Bakery. 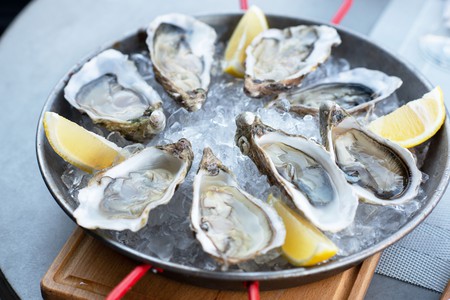 Briny oysters pulled from the sea are aplenty in Boston – especially during the city’s self-proclaimed oyster hours. Few are as wonderfully fresh as the ones Island Creek Oyster Bar serves, sourced from the nearby Massachusetts coastal towns of Duxbury, Plymouth, Barnstable and Wellfleet. Shoot them back straight, or squeeze a fistful of lemon juice on top. Stop by La Brasa, Russell House Tavern or Boston Public Market for their $1 oyster hours. 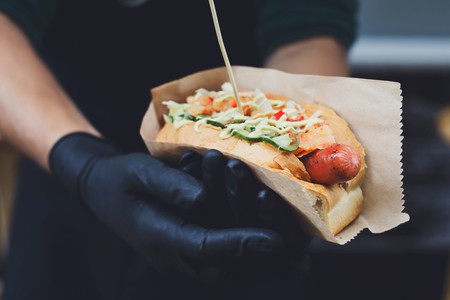 Let’s be frank: Red Sox fans are just as eager to watch America’s favorite pastime in action as they are to double down on franks and a beer at the game. The hotdogs have been a mainstay at the park since it opened over a hundred years ago. These are both boiled and grilled, slipped into a split-top bun and crowned with a mountain of relish or squeeze of mustard. Sure, you can get a hotdog in any city, but this long-standing tradition feels purely Boston.

This is an updated version of an article created by Ashley Kane.