10 Free Things To Do In Boston This Summer

It is well known that Boston is an expensive city. The city continually ranks as one of priciest US cities, but savvy locals and travelers know how to find free things to do all around town. Summer is the best time to visit, and you can enjoy your trip on a budget with plenty of free outdoor and cultural activities. 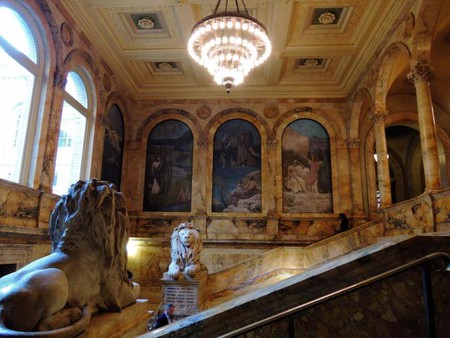 One of the nation’s oldest libraries is an analogue wonderland and hidden art gallery. The main branch of the Boston Public Library on Boylston Street is comprised of the original McKim Building, opened in 1895, as well as the new library building that houses contemporary library services. The quiet and rarely visited third floor houses a series of murals by John Singer Sargent. The second floor features the massive reading room, Bates Hall, and the Abbey Room. The majestic marble lions greet visitors on the landing of the staircase. Map nerds can take in cartographic wonders both old and new in the Norman B. Leventhal Map Center. The library offers free tours daily. 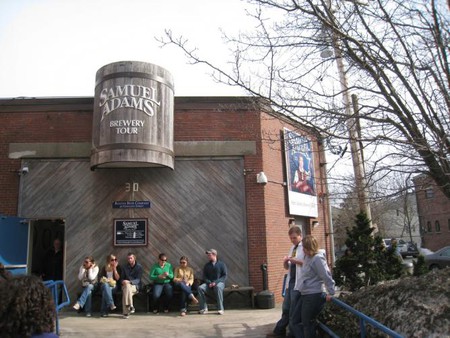 The Samuel Adams Brewery offers free tours (suggested donation of $2) Monday through Saturday for guests over 21 years old. No reservations required, but tours fill up, especially on weekends. On Wednesdays during the summer, the brewery offers free flight samplings of your choice (including regular brews and seasonal flavors) from 5 – 7pm. 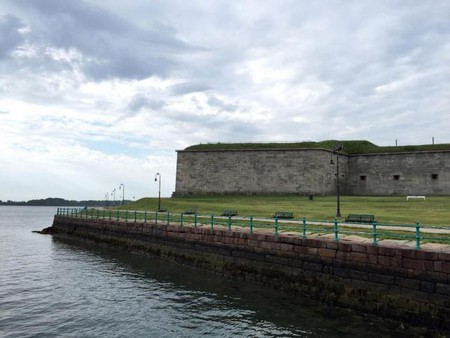 There is no castle, nor is it an island, but there is a historic fort that is open for tours on weekends in the summer. The smell of low tide and fried clams at Sullivan’s take-out (located next to the parking lot) signals summer for locals. Saunter around early mornings to watch the sunrise over Logan airport in the distance. It’s a popular spot for runners, and can be quite crowded on summer evenings as folks enjoy the coastal breeze and Boston Harbour views. 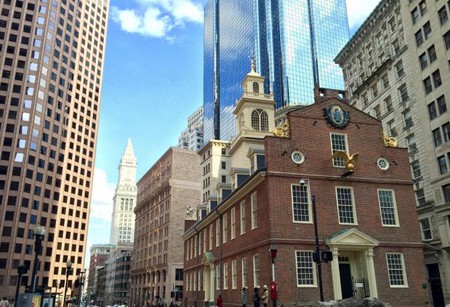 If colonial-era cobblestone alleys and founding father lore sounds like fun, then the Freedom Trail is for you. Follow the red brick path for two and a half miles of history dating back to the 17th century. The Freedom Trail highlights locations that were instrumental in the American Revolution and the move to democracy, firsts in American education, and some notable names like Sam Adams, Benjamin Franklin, John Hancock, and Paul Revere. 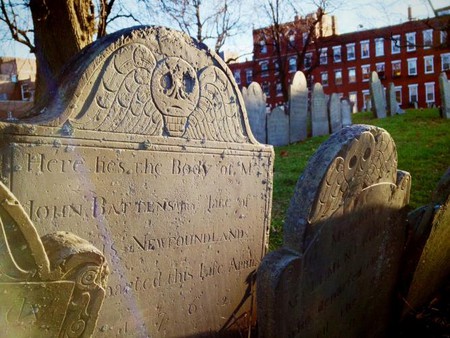 Several of the country’s most historic resting places are right here within (or very close to) Boston. Far from dreary, historic graves are often amazing and intricately carved. You can also view a slew of solemn epitaphs full of dark, puritanical humor. Granary Hill and Copp’s Hill Burying Ground are part of the freedom trail, and contain the graves of Sam Adams, John Hancock, Mother Goose, Increase and his son Cotton Mather (notorious for fanning the flames of the Salem Witch Trial). Mount Auburn Cemetery, located across the river in Cambridge, is the nation’s first rural, landscaped cemetery. 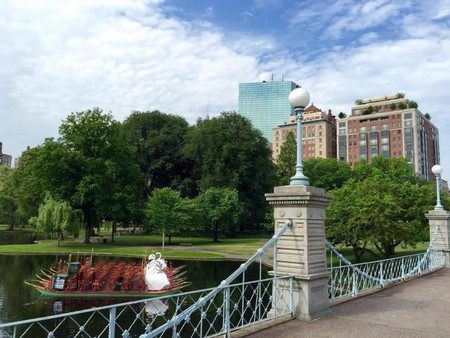 Another first in the country, this Victorian-styled garden was the first botanical garden in the US. It opened in the 1830s on filled-in swamp land previously used for grazing cattle. In fact, all of what is now the Back Bay neighborhood is a giant landfill. The space is home to the Swan Boats which take mostly tourists on a 10-15 minute rides across the manmade lagoon. You’ll also find the bronze Make Way for Ducklings sculpture, an iconic homage to the children’s book. In the early morning the garden is filled with runners, and the rest of the day strolling adults and children overtake the manicured paths.

Shakespeare on the Common

Shakespeare is much more enjoyable when it doesn’t need to be memorized for British literature class. And who can say no to free arts in the park? The Commonwealth Shakespeare Company has been putting on free shows on the Boston Common since 1996. King Lear is the 2015 production that will be staged July 22 – August 9. Bring a blanket and a lawn chair, if you have one. Take note, you can bring or buy a picnic snack, but no alcohol is allowed in the park, a remaining legacy of our Puritan founders.

Monet, Mummies, modern art and more are free to those who know when to visit. The Museum of Fine Arts, Boston does not charge admission (but suggests a voluntary contribution) on Wednesdays after 4 pm. The Institute of Contemporary Art, featuring rotating exhibits, movie screenings, photography and innovative installations, is free on Thursdays after 5 pm. In addition to the artwork, visitors can take in Instagram-worthy views of Boston Harbor. 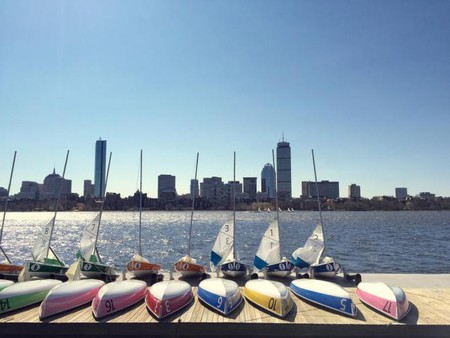 Stroll Along the Charles River

The Esplanade, a three-mile path along the Boston side of the Charles River, makes for an idyllic walking spot. For stunning views of Boston, head to the Cambridge side of the river. This is the best spot for sunset photos of the Boston skyline. Take note, runners and bikers abound in summer months. Stay to the right of the path so they can pass you, instead of running over you. 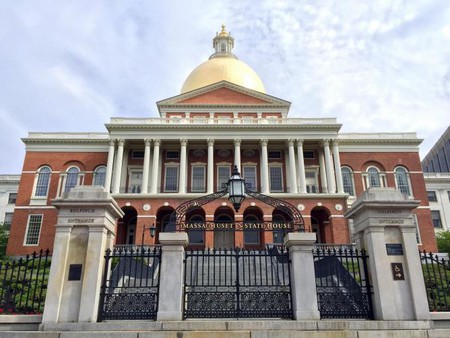 Everyone has equal and free access to the gold-domed monument to democracy on the top of Beacon Hill. Visitors can take a self-guided tour, or opt for a tour guide (reservations required) Monday through Friday from 10am – 3:30pm. Inside you’ll find curious artifacts including the Sacred Cod carving and Holy Mackerel brass casting, a nod to the importance the fishing industry had on the growth of the Commonwealth.