10 Emerging Boston Photographers You Should Know 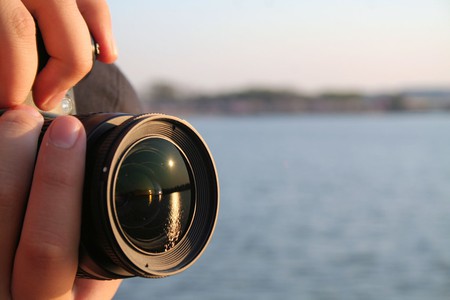 With its youthful vibe, bustling urban center and coastal location, the city of Boston has more than enough for up and coming artists to draw inspiration from. We decided to take a deep dive into the Instagram accounts of the city’s most promising new photographers.

A Bangkok native, Kankavee now resides in Boston as a photographer. His photos are primarily depictions of urban life, and he has a unique ability to make even the most hectic aspects of city life seem beautiful.

Some people feel the rain. Others just get wet. #igersboston_gallery17 #fairmontcopley

Mainly focusing on natural landscapes (and the occasional bottle of Jack Daniels), DuNois’ work truly captures the essence of the New England countryside—especially in the fall. Check this out.

Okay here we go Sunday special coming at you. This is known as the Matt Walker train trestle, and this is my second version with a telephoto focal length. I've been sitting on this awhile, and I gotta say I feel like I did a much better job this time around. Hope everyone has a great Sunday! – #earthpix#beautifuldestinations#wonderful_places#nationalgeographic#discoverearth#justgoshoot#optoutside#explore#wanderout#outdoors#discover_earthpix#fall#earthfocus#teamcanon#autumn#fallcolors#newhampshire#newengland#whitemountains#autumncolors#nh#autumn_weather#naturelover#discoverglobe#earthofficial#ourplanetdaily#natgeo#tree_magic#boston#landscapephotography

O’Keefe’s work is lighthearted and accessible, but in no way does that detract from the artistic merit of his photos. He has his finger on the pulse of the city and, whether it’s street art or food, represents it honestly and accurately.

With long exposures and a particular affinity for nighttime, Xavier’s work perfectly captures the vibe of New England and eccentricities of its residents after the sun goes down.

For a guy who casually photographs the city on his daily commute to work, Brian has made quite a name for himself. His work captures the area well and gives outsiders an accurate window into what it feels like to live here.

Dividing her time between Boston and LA, McKinney documents her travels at home and abroad with photographs of the world’s most beautiful places and the interesting people who live there.

The amount of fireworks in Los Angeles last night will forever blow my mind! Check out @danorst video to see! (CRAZY 🎆) 😍 #4thofjuly

An architecture student based in Boston, Borger’s work is the artistic culmination of his knowledge of architecture and talent in photography.

Capturing the spirit of both the city and its inhabitants, Jordan’s photographs bring a certain warmth no matter what the season.

This alley, gives me all the feels of Stranger Things

Calling himself the “Preppy Hispanic,” Pu Ruiz has an eye for capturing the most charming aspects of living in Boston.

It's not called vintage, it's classic This little buggy caught me eye today Caution: New blog up, let's build community 🍁☔️ Tip: Go walking in the rain, you'll be surprised on what you'll find 🙊☕️☂️ #newenglandcomfort