Where You Can Find Winnie the Pooh’s House in Cambridge, MA 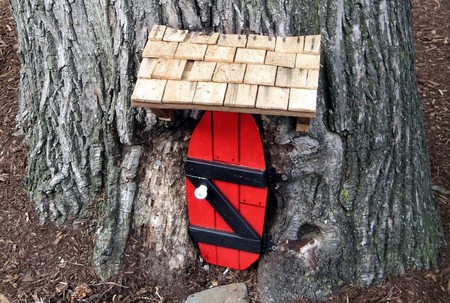 Winnie the Pooh, along with his friends from the Hundred Acre Woods, are some of the most iconic children’s book characters ever. Pooh Bear debuted in 1926, the creation of author A.A. Milne. Later on, Disney turned the stories into feature-length adventures. Since then, generations of children from around the world have delighted in watching this lovable bear try to get honey.

While Winnie the Pooh and his pals have become famous around the world, Cambridge, Massachusetts, has a special love for the characters. The city is home to a cute, miniature version of Pooh’s famous tree house from the stories. Here’s how to find the house. 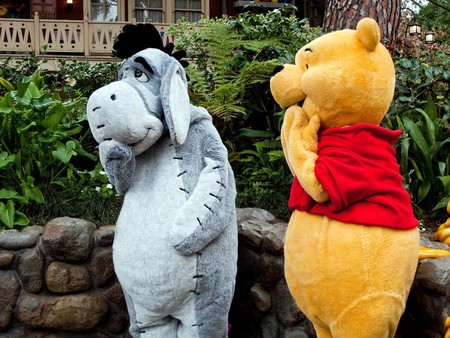 Winnie the Pooh and his friend Eeyore | © Anna Fox / Flickr

Cambridge’s Pooh House sits on the campus of Harvard University. Though it’s small and easy to miss if you don’t know what to look for, it takes no more than five minutes to find. It’s worth the opportunity to take a selfie with this miniature building.

From the main part of Harvard Square, across from the famous Coop bookstore, make your way into Harvard Yard, the center of the university’s campus. Walk north from the green until you reach the science building. You will find yourself in a small plaza with a seating area for students and a small grove of trees. Among these trees, you will see a stump with a thatched roof.

A decade ago, Pooh’s house wasn’t alone: nearby trees shared similar designs based on the houses of Rabbit and Piglet, friends of Pooh from the stories. Unfortunately, those houses are no more. Over the years, the remaining stump fell into disrepair—a combination of weather damage and a thief stealing the front door. It didn’t feel like anyone was home anymore. 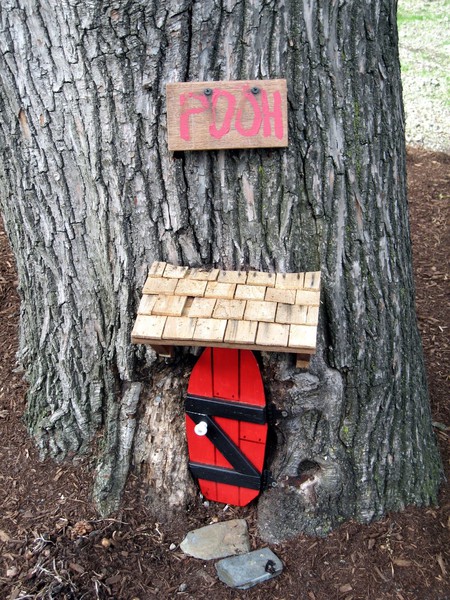 Thankfully, some caring locals took notice and put in the work to repair the stump, the roof, and painted on a new door. Now, visitors can once again imagine that the beloved bear is inside, hoarding jars of honey for the winter. The address for the Harvard Science Center is 1 Oxford Street, Cambridge, MA.

If A.A. Milne first wrote Winnie the Pooh in England, then why does a city in Massachusetts have such a fondness for the character? It is not 100% clear, but the best guess is because Milne attended Trinity University in Cambridge, England, where his original manuscript of The House at Pooh Corner is kept at the Wren Library. Maybe residents of the Massachusetts city felt a connection to their British namesake.

The Harvard spot isn’t the only one of its kind in Cambridge. Up until mid-2017, the city actually had a second Pooh House in its Neighborhood Nine area. In 1997, a snowstorm knocked a tree down. Afterwards, Mitch Ryerson, a wood sculpture artist, hollowed out the stump that remained, added a roof and filled the hollow space inside with small stuffed animals of Pooh Bear and his friends. Over the years, the residents of the neighborhood helped to take care of the stump so that visitors could enjoy it.

Sadly, in the spring of 2017, the city had to remove this small landmark in order to perform repairs on the street and the pipelines underneath. After 20 years, Cambridge’s other Pooh House was no more. Thankfully, the Harvard Pooh House still stands.