The Most Iconic Sports Venues to Visit in New England 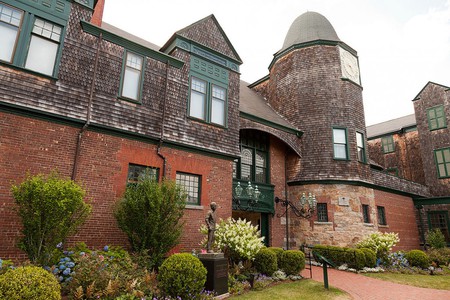 With Boston’s incredible professional sports record, there are plenty of iconic sports venues in New England. Here is a guide to the ones you should visit and why you should see them. There are even a few where you can play sports on your own and stand in the steps of greatness. 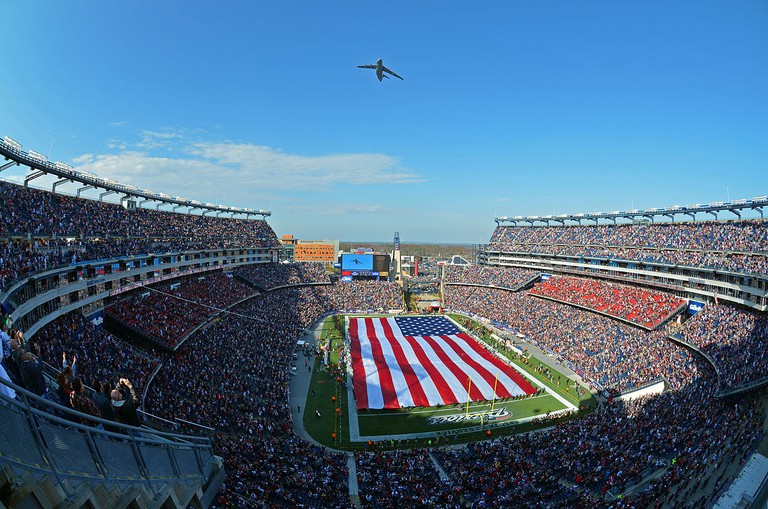 Gillette Stadium | ©U.S. Air Force/Wikimedia
Located in Foxborough, Massachusetts, about equidistant from Boston and Providence, Rhode Island, Gillette Stadium, which holds over 66,000 people, serves as the home for the New England Patriots and the New England Revolution soccer team. The stadium replaced the old Foxboro Stadium and opened officially in 2002. Visitors can stop by the stadium for Patriots and Revolution games or a concert – there are many of them throughout the year. You can also watch the Patriots train in the outside field during their training practice in the summer. It was also the site for the 2016 NHL (National Hockey League) Winter Classic.
Open In Google Maps
1 Patriot Place, Foxborough, Massachusetts, 2035, USA
+15085438200
Visit Website
Give us feedback 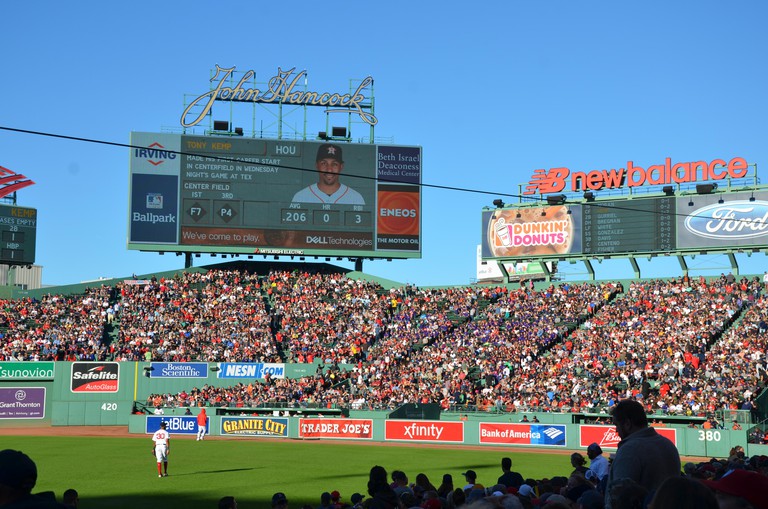 Fenway Park opened in 1912, making it the oldest MLB ballpark | © Peter Conner / Alamy Stock Photo
Book Now
This historic ballpark located in the Fenway neighborhood of Boston is the oldest ballpark in MLB. Fenway Park has been home to the Boston Red Sox since 1912. See a game at the park or take a tour of the historic stadium to learn more about the players who made their mark there. This venue also holds various concerts and events throughout the year, including Frozen Fenway – a two-week series of hockey and ice skating events.
Open In Google Maps
4 Jersey Street, West Fens, Boston, Massachusetts, 2215, USA
+18777337699
Visit Website
Visit Facebook page
Give us feedback 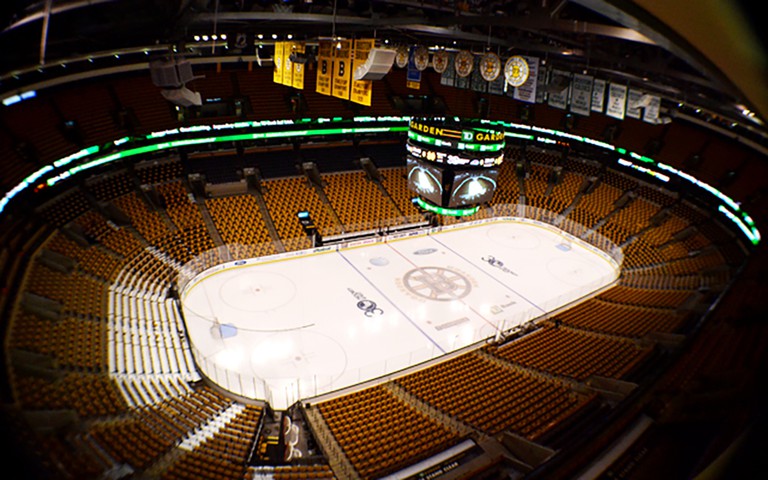 TD Garden | © Bröder Media Group / Flickr
TD Garden is a multi-purpose sporting arena in downtown Boston; it opened in 1995, and it holds over 17,000 people. It hosts various concerts throughout the year and is home to the Boston Celtics and the Boston Bruins. The stadium, also known as “The Garden,” was previously the Fleet Center and the Shawmut Center. It also offers tours and houses The Sports Museum – a must-see for any sports fan.
Open In Google Maps
100 Legends Way, Downtown, Boston, Massachusetts, 2114, USA
+16176241000
Visit Website
Give us feedback 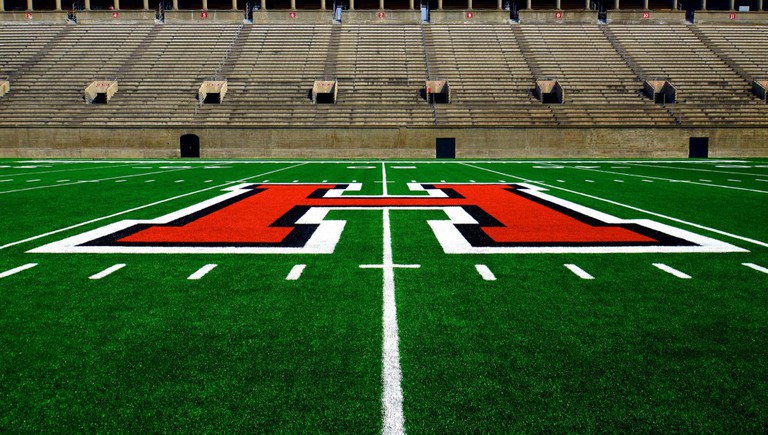 Harvard Stadium | © Ted Eytan / Flickr
The Harvard Stadium is a U-shaped football stadium built in 1903. Owned by Harvard University, it is unique for its large concrete structures, which was a form of construction that was new at the time. The stadium holds over 30,000 people and is a National Historic Landmark. The iconic venue is home to the Harvard Crimson football team, as well as the Boston Cannons, and had a significant impact on American football. Football was a very dangerous sport in the early 20th century, and the Intercollegiate Football Conference was considering widening the field to allow more room for players to avoid collisions. Harvard objected because of their new stadium, and the proposal was rejected, legalizing the forward pass instead. Stop by the stadium just to visit or see a football or lacrosse game. Concerts are occasionally held there as well.
Open In Google Maps
79 North Harvard Street, Allston, Boston, Massachusetts, 2134, USA
Give us feedback

Stadium
Facebook
Email
Twitter
Pinterest
Copy link
Share
Map View
The XL Center is a multipurpose arena in downtown Hartford, Connecticut. The venue opened in 1975, and it holds over 15,000 people. The center is the home to the Hartford Wolf Pack, AHL hockey team, and the University of Connecticut’s basketball teams for both men and women. The Connecticut Huskies men’s ice hockey team also plays there. The venue hosts other events such as concerts, the Monster Jam motorsport, and Professional Bull Riders.
Open In Google Maps
1 Civic Center Plaza, Downtown, Hartford, Connecticut, 6103, USA
+18602496333
Visit Website
Give us feedback

The Dunkin’ Donuts Center is an indoor arena located in Providence, Rhode Island. Constructed in 1972, the venue holds 12,000 people and is primarily used for hockey, basketball, and concerts. It hosts Providence College’s basketball program, The Providence Friars. 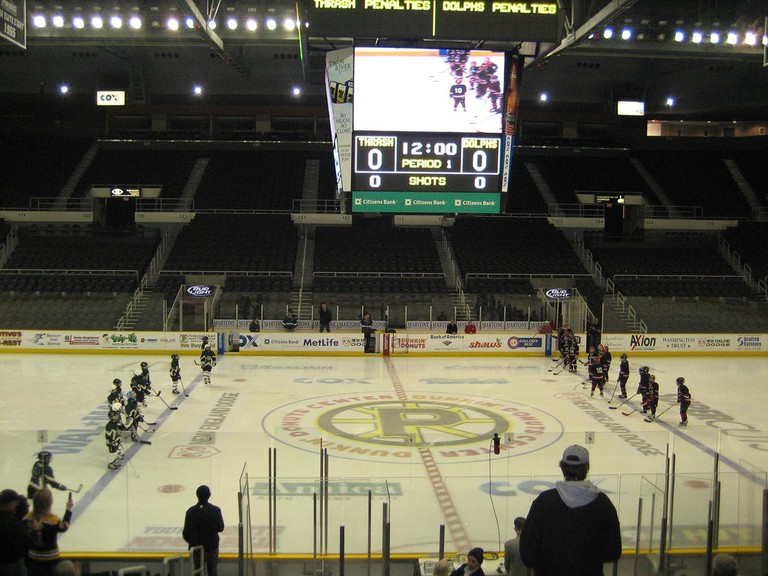 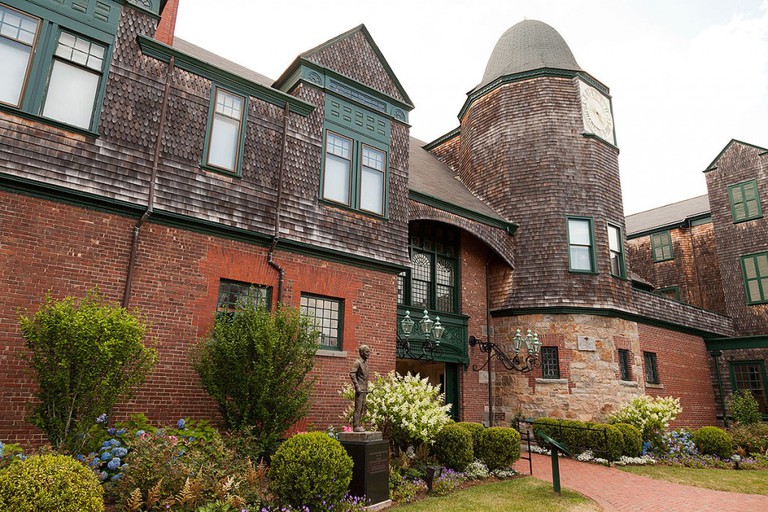 International Tennis Hall of Fame | © Caroline Culler
Newport Casino is located in Newport, Rhode Island, and is an athletic complex that first opened in 1880. The site is a National Historic Landmark and hosts the International Tennis Hall of Fame. Visitors can come by and learn about the site’s importance in the history of tennis – the venue hosted the first U.S. Opens. There are also grass tennis courts on the property.
Open In Google Maps
194 Bellevue Avenue, Newport, Rhode Island, 2840, USA
+14018493990
Visit Website
Give us feedback

Stadium
Facebook
Email
Twitter
Pinterest
Copy link
Share
Map View
The Cullman-Heyman Tennis Center is Yale University’s tennis complex. It is located in New Haven, Connecticut and is the center for the New Haven Open at Yale. Built in 1991, the complex has 22 outdoor tennis courts and eight indoor turf hardcourts, as well as five outdoor clay courts. The center’s capacity is 15,000 people, making it the third-largest tennis venue in the U.S. and one of the largest tennis centers in the world.
Open In Google Maps
279 Derby Avenue, West Haven, Connecticut, 6516, USA
+12037649227
Visit Website
Give us feedback
Give us feedback