The Best Free Things To Do In Boston

Massachusetts State House | © David Ohmer/Flickr
Boston is one of the most expensive cities in the United States, especially for college students and young professionals who often don’t have a lot of money, and free activities can be hard to find. However, if you do a bit of digging, you’ll find that Boston is brimming with ways to get out of the house without costing you a dime. Start with the six activities below.

Check Out a Museum

The art world in Boston is often underrated, but this city holds some of the most impressive collections in the world. While most come at high prices (often $20-plus per ticket), nearly all of them have free admission times. The Institute of Contemporary Art offers a suggested donation admission from 5:00 pm to 9:00 pm on Thursdays, and the Museum of Fine Arts does the same from 4:00 pm to 9:45 pm on Wednesdays. And don’t count out the Museum of Bad Art, which always is free and open to the public.

Boston is home to some very special craft beer and cider breweries, and most brew tours and tastings are completely free. Swing by Sam Adams in Jamaica Plain to see how this classic Boston beer is made, or hop over to Downeast Cider in East Boston to sample their rotating line of local ciders. Also, be sure to check out Harpoon Brewery’s events calendar – they regularly have free events going on at their Seaport District location.

Those local to Massachusetts can probably skip this one as the State House tour was a seemingly mandatory field trip for many elementary schools. But if you haven’t seen the inside of the Massachusetts State House, it is definitely worth the free 45-minute tour. The ‘new’ State House has been in operation since 1798 and was considered – and still is – to be one of the most magnificent buildings in Boston. You’ll be able to see the inside of the famous gold dome (originally covered by Paul Revere & Sons) and marble-floored halls lined with portraits of Massachusetts politicians. If you’d like to see the Old State House, that is right down the street, but admission is $10. 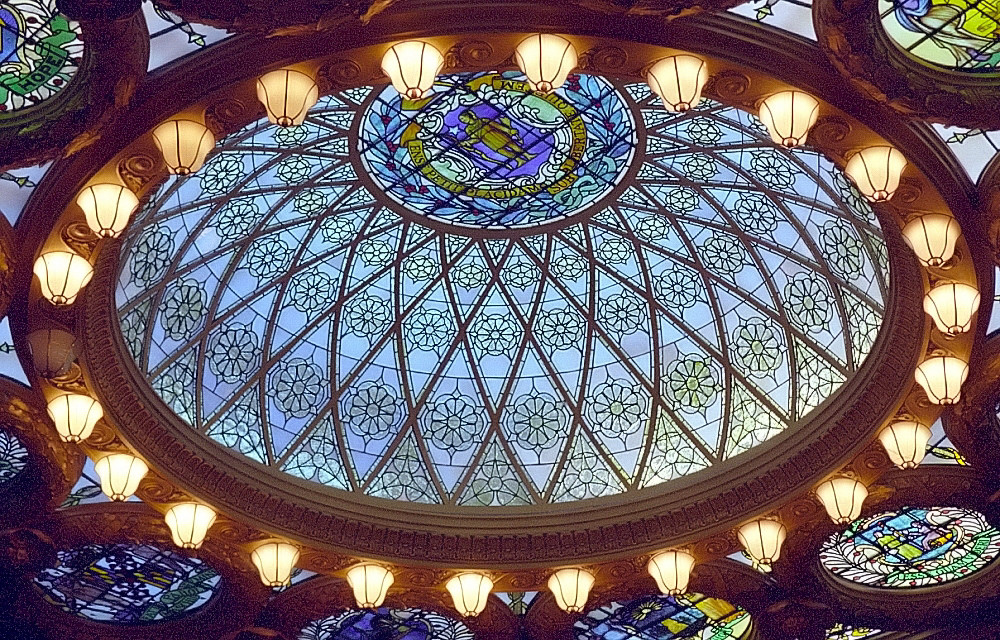 The Freedom Trail is one of the most visited attractions in Boston, but certain sites are often left out due to their proximity to the rest of the trail. The Bunker Hill Monument in Charlestown is one of them, but be sure to visit as you can climb to the top for free. The monument commemorates the Battle of Bunker Hill, the first battle of the Revolutionary War. It was technically a British victory, but the colonial forces proved that they could fight against the British. When you climb the 294 steps to the top, you’ll be rewarded with a spectacular view of the city. 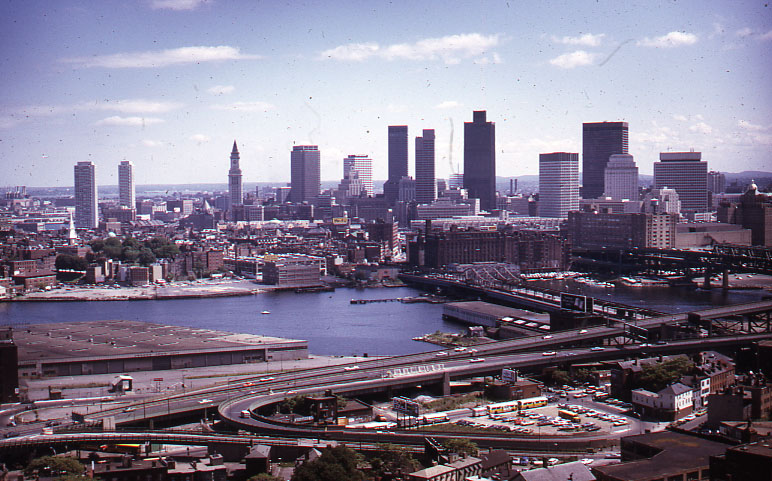 Faneuil Hall can be an expensive part of Boston, as it’s surrounded by shops and overpriced eateries. However, one of the best parts about visiting Faneuil Hall is the street performers. A walk around Quincy Market is often filled with musicians, acrobats, dancers, and even a kilt-wearing man playing the bagpipes and riding a unicycle. Faneuil Hall street performers have to be given their spot by the Marketplace, and it can be competitive. So go and support them by giving them an audience. 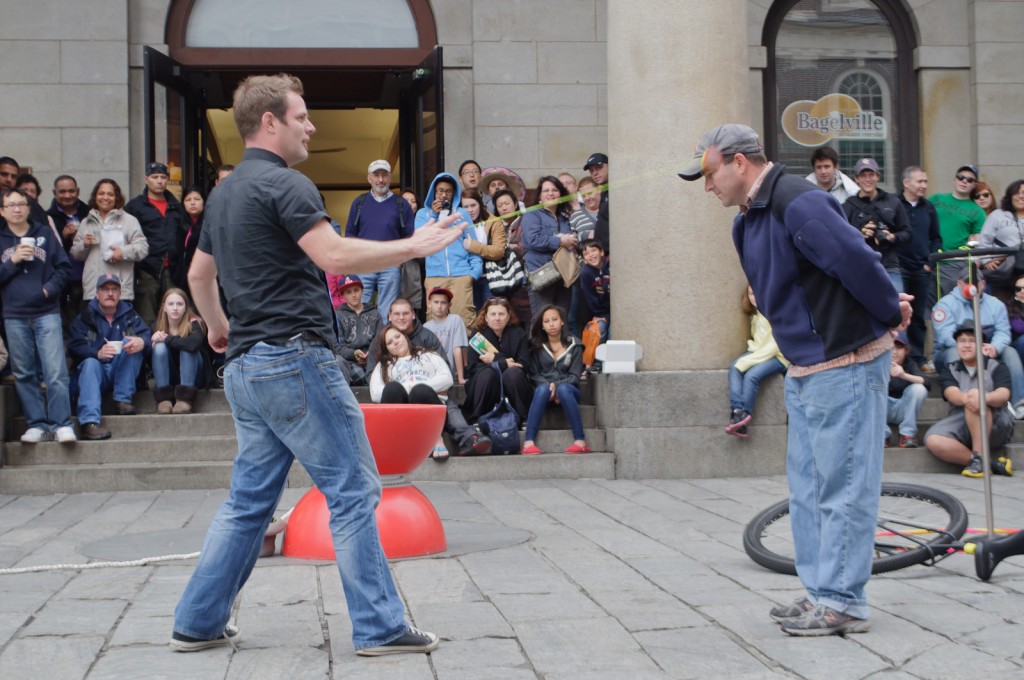 Say the words ‘Big Dig’ in Boston, and you’ll immediately get a dozen different opinions on the project – most of them being disapprovals. In 1991, construction began to move Boston’s elevated highway underground, formally known as the Central Artery/Tunnel Project. The project soon turned into one of the most complex and challenging highway projects in the country, but ultimately, it resulted in the Rose Kennedy Greenway. This green space runs along where the highway used to be, through Chinatown, the Financial District, the Waterfront, and the North End. It was opened in 2008 and contains green spaces, plazas, public art, and unique lighting systems. It was named after Rose Fitzgerald Kennedy, the matriarch of the Kennedy family who was born in the North End. 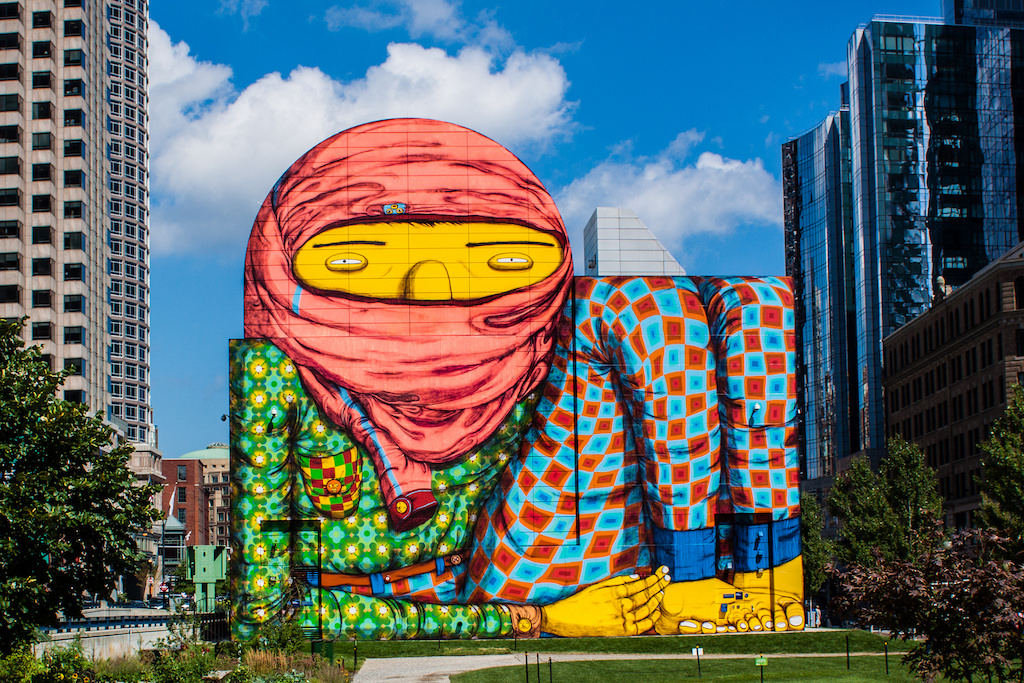 Mural on the Rose Kennedy Greenway in 2012 | © Tim Sackton/Flickr