MIT Stata Center | © Robbie Shade/Flickr
With colonial-era brick houses and historic structures lining narrow cobbled stone streets and postmodern buildings dominating the city’s skyline, Boston exhibits the perfect fusion of old and new architecture. Read on to discover the hidden gems of Boston that will surely take your breath away.

One of Boston’s most significant landmarks is the all-glass 200 Clarendon, formerly known as John Hancock Tower. Located in the heart of Boston’s Back Bay neighborhood, it’s also the tallest building in New England standing at 790 feet. 200 Clarendon is dubbed one of the nation’s most beloved buildings by the American Institute of Architects, a title it has held since 1977. Constructed in 1972, architect Henry N. Cobb designed the building and took the glass monolith concept to new heights achieving a minimalist and modernist skyscraper design.
John Hancock Tower, 200 Clarendon St, Boston, USA, 02116 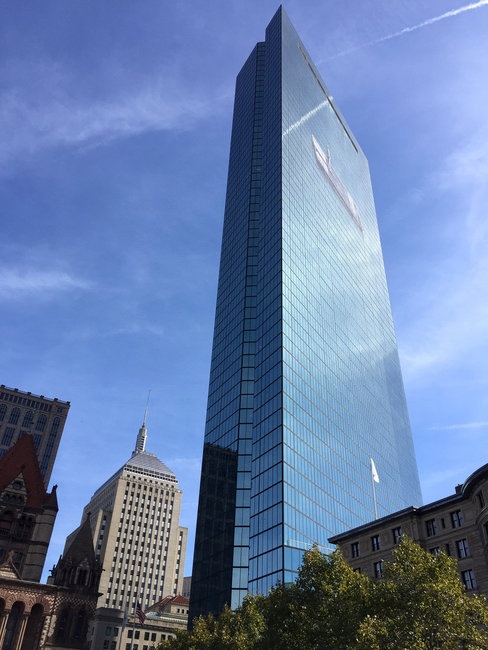 Church
Trinity Church | © Matthew and Heather/ Flicker
Entitled one of the most significant buildings in the country, Trinity Church‘s facade features heavy walls of rough-faced stone, large towers, and rounded arches — a hallmark of the “Richardsonian Romanesque” architectural style. This church, standing at 211 feet from the central tower, was the first major work of architect Henry Hobson Richardson. The interior spanning 21, 500 feet, is beautifully decorated with murals by John La Farge and his associates. Farge created windows for the church that are now considered among the most famous of American stained glass of the time. Even though it stands in the shadow of 200 Clarendon, its significance cannot be compared so head on over to marvel at how Trinity Church has withstood the test of time.
More Info
Open In Google Maps
206 Clarendon Street, Back Bay, Boston, Massachusetts, 2116, USA
+16175360944
View menu
Visit website
Visit Facebook page
Send an Email
Give us feedback

Library
Founded in 1848 and opened in 1854 as the first large, free municipal library in the U.S., the original Boston Public Library was considered a Renaissance Revival masterpiece, and was nicknamed “palace for the people”. Today, it’s made up of two different buildings, both architectural gems in their own right. Located a stone’s throw away from Copley station, Boston architect Charles Follen McKim designed the rather large and imposing, but perfectly proportioned building that is now the McKim Building. However, when a problem arose regarding the lack of space, it was Phillip Johnson who designed the modern addition in 1972. The interior of the McKim offers a warm and welcome atmosphere. With high ceilings and arched windows, marble floors, statues of notable individuals, and beautifully painted artwork, it’s no surprise that even wedding ceremonies and receptions are held here.
Permanently closed
More Info
Open In Google Maps
700 Boylston Street, Back Bay, Boston, Massachusetts, 2116, USA
+16175365400
View menu
Visit website
Visit Facebook page
Send an Email
Give us feedback

Referred to by students as the “Kresge Oval,” this auditorium is one of the more famous mid-century modern buildings in the United States. Designed by Finish-American architect Eero Saarinen in the early 1950s, it was built in tandem with the Saarinen-designed chapel nearby. The auditorium holds a theater, a concert hall and rehearsal rooms for performances, and is also used as a space for science, tech, and engineering conferences. However, what is most known about the Kresge Oval is its leaf-like, copper domed roof which is exactly one-eighth of a sphere – this gives the hall a sublime acoustic sound. So for those shower-singing superstars, this is the place to test your vocals on a larger scale. 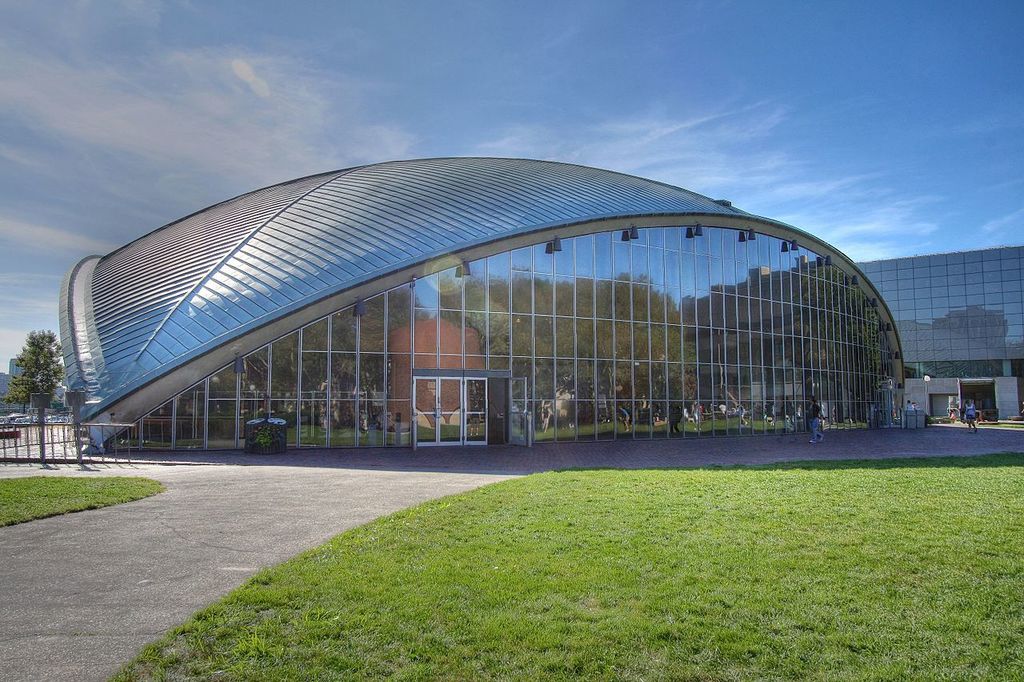 The Ray and Maria Stata Center is a building that demands a second glance and a slight head tilt. This 720,000-square-foot academic hub houses students and faculty of computer, information and intelligence sciences. The Frank Gehry-designed structure was completed in 2004 and has since been one of the region’s most famous buildings. The structure is built on the World War II site of Building 20, where it served as a breeding ground for many innovative ideas. Pritzker Prize-winning architect Frank Gehry designed the Stata Center hoping to carry on the innovative and collaborative spirit that drove the original site. 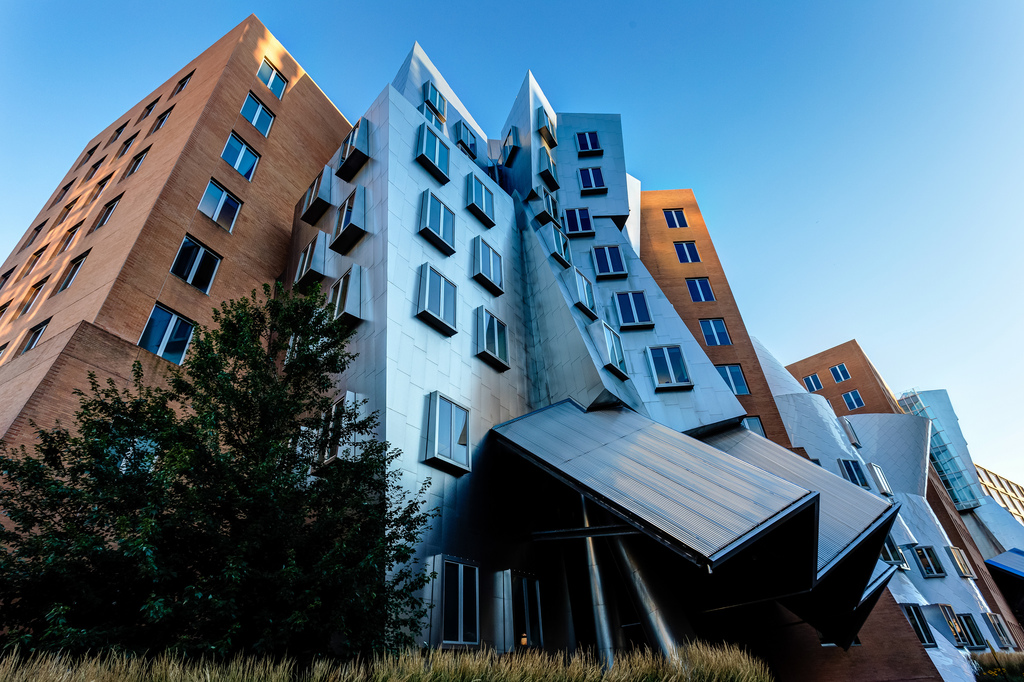 The Isabella Stewart Gardner Museum, or Fenway Court as it was known at its inception, is the only private art collection in which the building, collection, and installations are the creation of one individual. Housed in a three-story, 15th-century Venetian-style palace, it provides an experience of art unlike anything else. Opened in 1903, the museum houses 2,500 paintings, sculptures, tapestries, furniture, manuscripts, rare books and decorative arts. It’s no surprise that this is one of Boston’s treasured cultural landmarks.
The Isabella Stewart Gardner Museum, 25 Evans Way, Boston, 02115, USA +1 617 566 1401 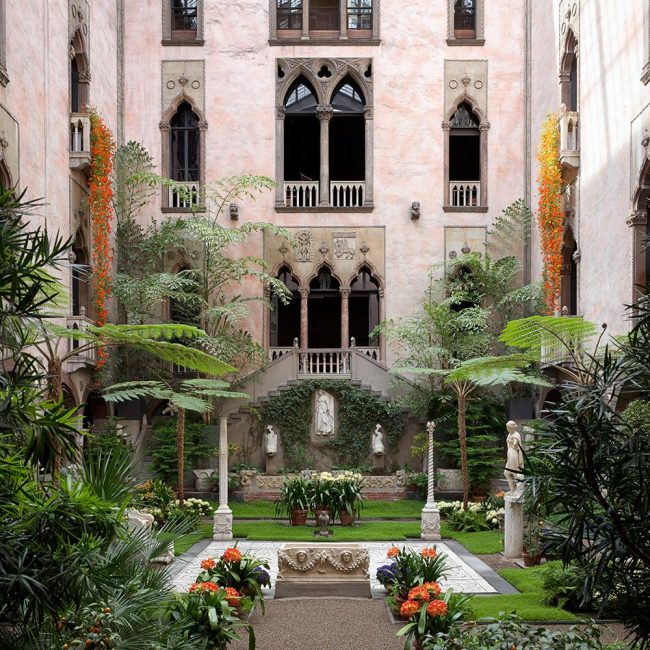 Otherwise known as Harry Parker Boathouse, this building has added character to the Charles river and its surrounding environment. With its innovative design, Anmahian Winton Architects saw a chance to modernize local rowing structures while taking inspiration from antecedents such as covered bridges and tobacco barns. The design of this boathouse received the 2014 Institute Honor Awards for Architecture. Drawing in more than 5,000 people rowing annually, it’s not only just easy on the eyes. 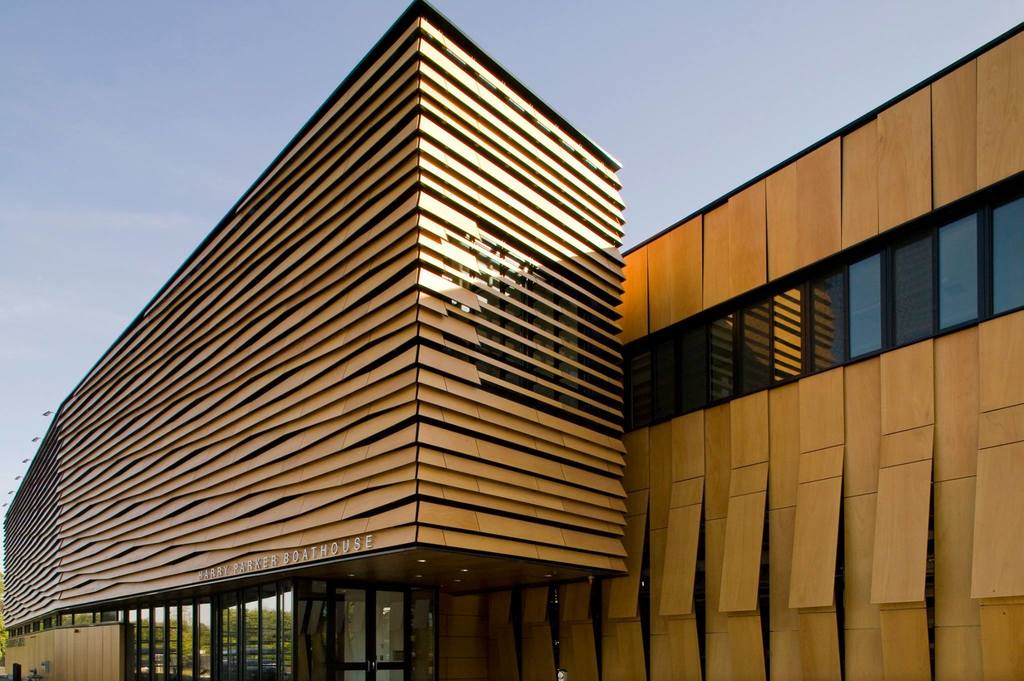 It might surprise you to know that this 10-story odd-shaped building is, in fact, an undergraduate dormitory. MIT commissioned Steven Holl to design a new residence in 1999 with the focus of stimulating interaction among students. Holl displays opposing architectural elements, such as solids and voids, and opaqueness and transparency to create a sponge-like shape. At 195, 000 square feet, it’s a dormitory with 350 residents, a 125-seat theater, a night cafe and a dining hall. With windows that welcome plenty of sunlight and natural ventilation, this is a dormitory one cannot forget. 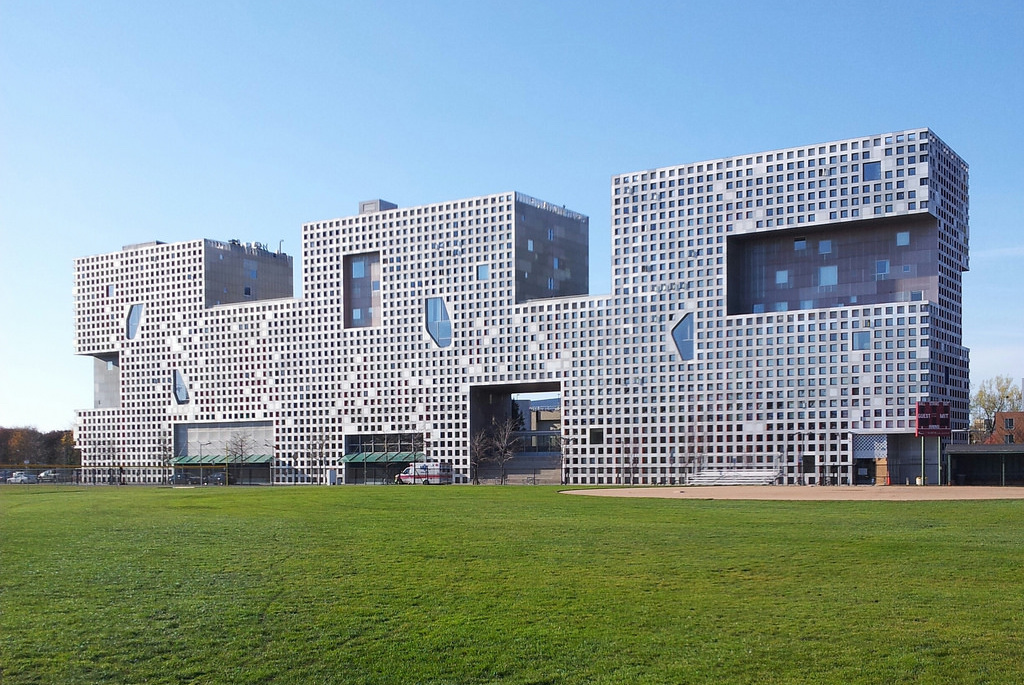 Building, Museum, Market
Diller Scofidio + Renfro designed the Institute of Contemporary Art in Boston | © Peter Tsai Photography / Alamy Stock Photo
As the saying goes, you give out what you put in and the Institute of Contemporary Art is a true architecture-for-art. This elegant 62,00 square foot building located right on the waterfront is an art museum and exhibition space that features leading visual artists and performances. It was designed by architectural firm Diller Scofidio + Renfro and was completed in 2006, making it the first new art museum to be built in Boston in over a century.
More Info
Open In Google Maps
25 Harbor Shore Drive, South Boston, Boston, Massachusetts, 2210, USA
+16174783100
View menu
Visit website
Visit Facebook page
Send an Email
Give us feedback

Building, Architectural Landmark, Historical Landmark
The Massachusetts State House offers docent-led tours | © Yevgenia Gorbulsky / Alamy Stock Photo
Considered a masterpiece of Federal architecture and designated a National Historic Landmark for its architectural significance, the Massachusetts State House is a beacon for the city upon a hill. Designed by architect Charles Bulfinch and completed in 1978, it was patterned after Somerset House in London. The golden dome is the state house’s most distinct feature which was once made of wood but recently glided in 1997.
More Info
Open In Google Maps
24 Beacon Street, Beacon Hill, Boston, Massachusetts, 2133, USA
+16177222000
View menu
Visit website
Visit Facebook page
Send an Email
Give us feedback
Give us feedback