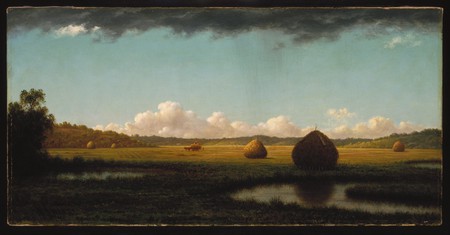 Emily Dickinson’s “Summer Shower” is part of our summer poetry series, dedicated to making the season of vacation lyrical again. First published in the posthumous collection Poems in 1890, it paints an unusually (for Dickinson) joyful scene of seasonal weather. 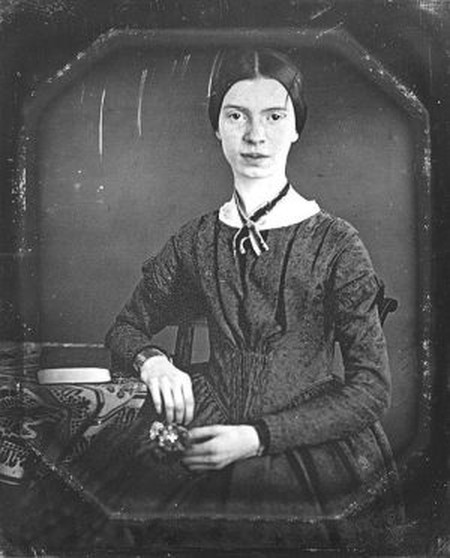 As one of the most famous, and studied, American poets, Emily Dickinson probably needs no introduction. So I suppose it serves no purpose to say that—as we all know—she lived most of her life as a recluse in Amherst, Massachusetts and was only barely published until after her passing in 1886. Futile, too, is to mention that her poetry was unusual in style, particularly when compared with her late-Victorian counterparts.

What might make for more worthwhile commentary, however, is the fact that “Summer Shower” was given its title not by Dickinson, but by her first editors (and friends) Mabel Loomis Todd and T. W. Higginson, and would without them be named just like the rest of her work—with its first line (“A drop fell on the apple tree”). Besides the notable absence of her more usual poetic themes, this piece is also interesting for its sentimental nature, and fairly conventional rhythm (as opposed to the breakbeat associated with her most famous works).

A drop fell on the apple tree,
Another on the roof;
A half a dozen kissed the eaves,
And made the gables laugh.

A few went out to help the brook,
That went to help the sea.
Myself conjectured, Were they pearls,
What necklaces could be!

The dust replaced in hoisted roads,
The birds jocoser sung;
The sunshine threw his hat away,
The orchards spangles hung.

The breezes brought dejected lutes,
And bathed them in the glee;
The East put out a single flag,
And signed the fete away.