The art scene New Bedford is doing more than merely ticking over; a number of artists are choosing to relocate to the vibrant, creative Massachusetts city, away from the saturated art scenes of New York and Los Angeles. New Bedford has blossomed, therefore, into a centre for diverse and fascinating artists whose open studios and frequent exhibitions are increasingly popular. Here is our pick of the ten best contemporary art galleries in New Bedford. 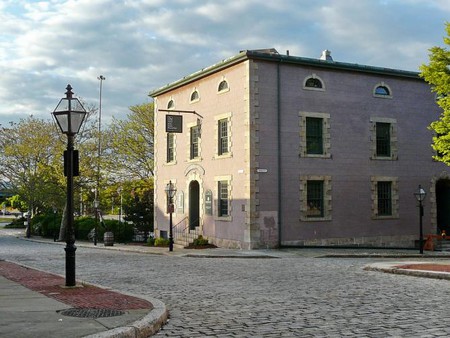 Art Gallery
Facebook
Email
Twitter
Pinterest
Copy link
Share
Map View
Gallery X is an unusual find in a city filled with more prosaic art studios. Set in historic, downtown New Bedford, the artists who own and operate Gallery X are also responsible for the restoration of what was formerly the First Universalist Church building, dating from 1855. This is what Gallery X is all about, promoting community projects and encouraging artists to work together to create a space that is in part a contemporary studio and in part a wider window onto the New Bedford art scene. Every kind of art is represented here, from visual to performing to literary artists, Gallery X is a creative hub that brings together the artistic community in New Bedford. Throughout the summer they feature a large display of work from around the area in an exhibition that aims to showcase the range and variety of art on offer here.
Open In Google Maps
169 William Street, New Bedford, Massachusetts, 2740, USA
+15089922675
Visit Website
Give us feedback

The New Bedford Art Museum, also known as Artworks, runs an ongoing series of exhibitions throughout the year, all connected to the New Bedford art scene. Last year they held a celebration of the life of David Loeffler Smith, who taught at the Swain School of Design and whose work is a riotous movement of colourful forms. Artworks feature all manner of exhibitions, from photography to sculpture to painting, all of which promote the area of New Bedford and its artists. Most recently they featured the work of John Sladewski, whose latest photographs focus on the New Bedford harbour and the men that work on the fishing vessels.

Crowell’s was established in 1897 and as such is the oldest gallery in New Bedford. It is, however, more than an art gallery. It also offers custom framing and a consultation service. Crowell’s represents a number of artists from the Swain School of Painters as well as the South Coast and routinely showcases the work of those selected. Crowell’s focus is on the classical medium of painting and its contemporary use among local artists, as demonstrated by their most recent exhibition of watercolours. They are also proud supporters of the AHA initiative, which stands for Art, History, Architecture, and takes place every month in downtown New Bedford. On AHA nights, Crowell’s stays open late. Located in the heart of historic New Bedford, Crowell’s has stood for over a century but continues to be relevant in the contemporary art scene.

The photographer Robert Hunt, born in Venice and raised in Buffalo, runs an open studio which also functions as a gallery. In two rooms on Union Street, Hunt exhibits the work of local and guest artists in one room while the second functions as a studio and office for his own work. This provides visitors with a more intimate experience of the artist at work than many other studios which only present the finished product. Hunt’s gallery is a recent addition to the New Bedford art scene but has thrived in the absence of some of the larger galleries which have downsized or changed location. Hunt has previously exhibited his work in other local galleries such as Gallery X and the Judith Klein Gallery.

The University Art Gallery features not only local artists but also larger exhibitions of national and international art. It also provides a more comprehensive programme of events in connection with each exhibit, as might be expected from a university, so that visitors have the opportunity to learn something about the art that they are seeing. This makes the University Art Gallery suitable for dedicated art enthusiasts, then, as much as first-time beginners in the field. Its 2014 summer show is dedicated to alumni of its textile and fibre programme and provides something a little different to the usual mediums of paint and pencil. The exhibition is truly wonderful for the beauty of its patterns and diversity of its textures.

Born and raised in New Bedford, Arthur Moniz has run a gallery there for more than a decade. He is notable for an artistic style that uses watercolour washes over graphite drawings, giving subtle colour to the fine structures and forms of his work. Although he also works in oils and pen and ink, it is this ‘graphite and watercolour’ style that gives his drawings an exquisite precision. He was recently commissioned to commemorate the homecoming of the Charles W. Morgan, a US whaling ship which revisited its home port of New Bedford in 2014. Moniz’s pieces for the occasion perfectly capture the ship’s delicate lines and structural beauty.

Set in another historic New Bedford building made of cast iron and brick and dating from around 1870, Gallery 65 promotes artists from the greater New Bedford area, featuring also Cape Cod, South Coast and Boston. A short walk from the New Bedford whaling museum, Gallery 65 is a cooperative gallery which exhibits as well as retails the work of its members. It also aims to complement its exhibitions with a programme of workshops and lectures designed to transform the merely artistic into a complete cultural experience. Gallery 65 sells jewellery, ceramics, woodwork and photography as well as paintings, making it the ideal place to pick up a unique memento of the New Bedford contemporary art market. 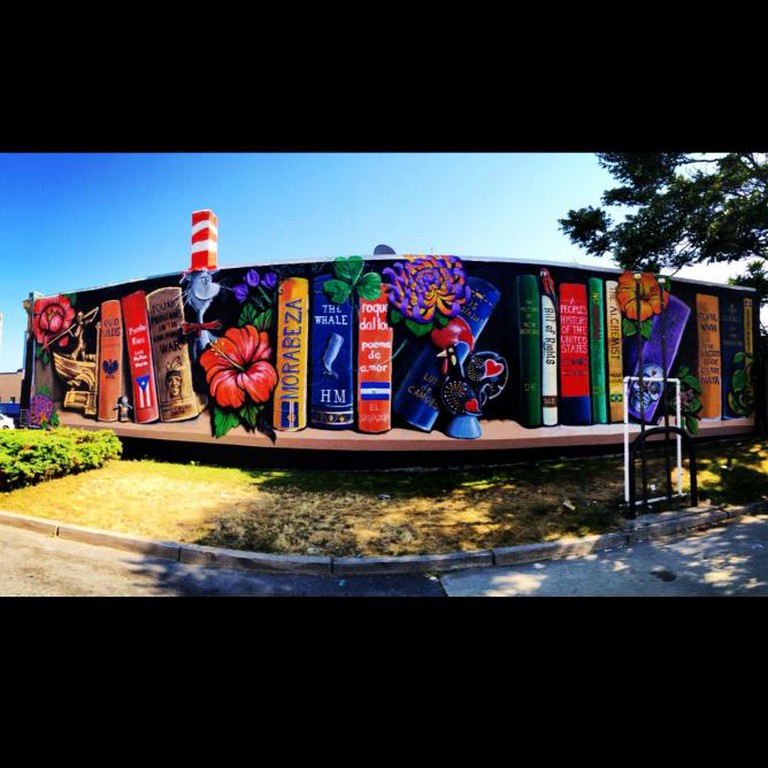 Mural | Courtesy of Ryan McFee
Ryan Mcfee, who was born in New Bedford, returned to be part of their artistic community after almost a decade spent in Boston’s South End. While there he was involved in the bird street mural to commemorate Jorge Fidalgo, shot and killed by armed robbers. Since moving to New Bedford he has opened a studio in the historic downtown area, a few blocks from the New Bedford Whaling Museum. Mcfee’s own work has something of magical realism about it, whether it be the man perched on the chimney pot in ‘Looking for an Answer’ or the Van Gogh inspired sky of ‘Artists in Falmouth’.
Open In Google Maps
104 William Street, New Bedford, Massachusetts, 2740, USA
Give us feedback 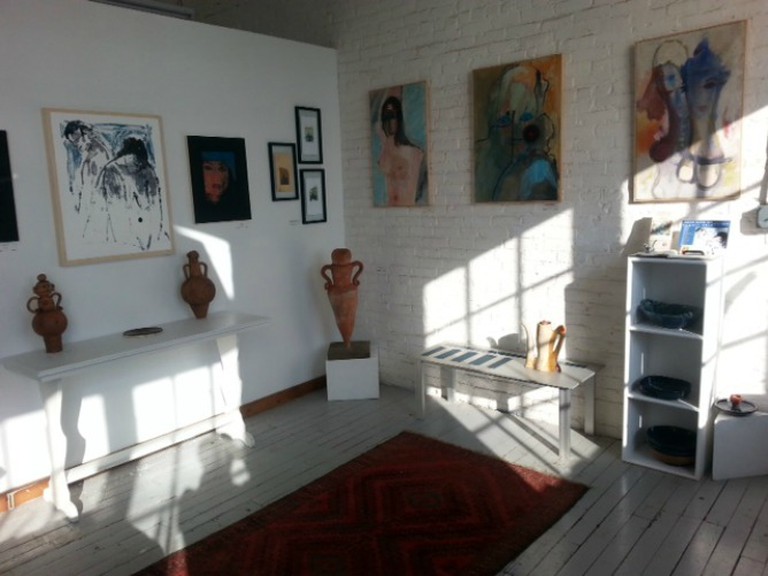 Interior | Courtesy of Judith Klein Gallery
Judith Klein, who has operated her own studio in New Bedford since the early 90s, until recently also ran a gallery downtown that she has given up in order to have more time to concentrate on her own artwork. While this is an undoubted loss for New Bedford, Klein is making up for it by opening up her studio as of October 2013 where she exhibits local and regional artists, as well as her own work, year round. Originally from Israel, where she began her art training, Klein has broadened her education with time in Italy at the Brera Academy and is considered one of the most talented artists around. Working in different mediums, from woodcuts to prints to painting, Klein’s use of vivid colour is a pleasure to behold.
Open In Google Maps
31, 127 West Rodney French Boulevard, New Bedford, Massachusetts, 2744, USA
+15089657396
Visit Website
Give us feedback 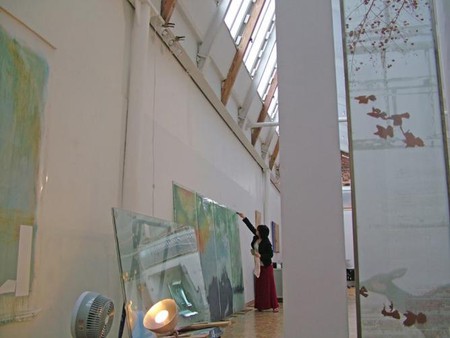 Courtesy of New Bedford Open Studios
Give us feedback