On March 2, 1904, Theodore Seuss Greisel was born in Springfield, Massachusetts, the son of a brewer in a family of German immigrants. An unbecoming entrance for a man who would go on to revolutionize the way generations of American school children learn to read. We take a closer look at the life and works of beloved American artist and author, Dr. Seuss.

Dr. Seuss began his career as an editorial cartoonist in the 1920s. He would soon expand and explore his creative potential through countless artistic mediums – from illustration and oil painting to animation and film production. Dr. Seuss first tried his hand at animated motion pictures during World War II. He was a member of the First Motion Picture Unit, or the FMPU. The FMPU was the Army’s primary film production unit made up entirely of industry professionals. The FMPU produced more than 400 propaganda and training videos, and Dr. Seuss was responsible for producing several short films – most notably, Design For Death, which later won the 1948 Academy Award for Best Documentary Feature. 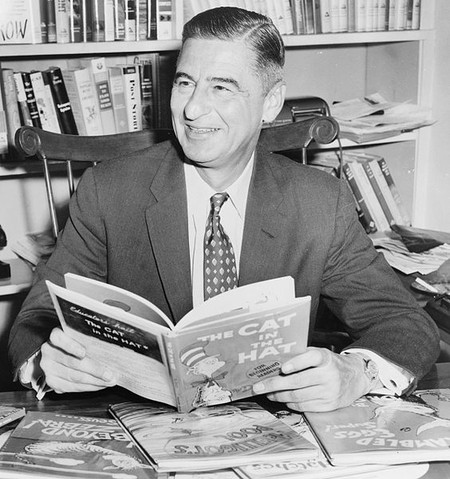 Although Dr. Seuss published his first children’s book in 1937 (And to Think It Happened on Mulberry Street), it was his later books that captivated child and adult audiences alike. Of the many deeply cherished illustrations, that of The Cat in the Hat (1957), How the Grinch Stole Christmas! (1957), and The Lorax (1971) were three pinnacle moments in Dr. Seuss’s career. These children’s books were not only influential during Dr. Seuss’s lifetime but also remain relevant in contemporary culture.

In 1957, The Cat in the Hat would prove to be the most influential reading tool for school-aged children. Born out of an argument over the literacy in early childhood and the effectiveness of traditional primers, or books used to teach children how to read, The Cat in the Hat would sell over one million copies in just three years. The Cat in the Hat, like so many of Dr. Seuss’s works, would stand the test of time. The book was adapted for an animated television special in 1971, and again for a live action film in 2003. 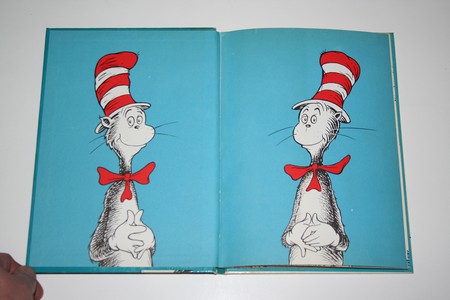 "The Cat in the Hat" - First Edition - Inside Front Cover | © Daniel X. O'Neil/Flickr 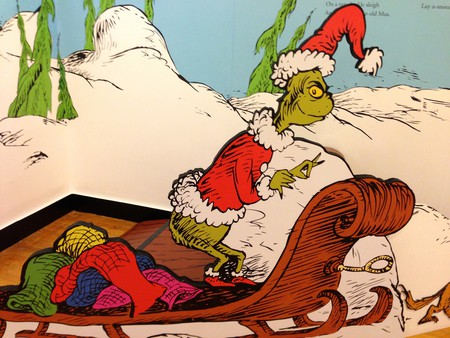 The same loving endurance can be said about The Lorax. Originally published in 1971, The Lorax is a fable detailing the dangers corporate greed poses to our environment. Of the book, Dr. Seuss once said, “The Lorax came out of me being angry. In The Lorax I was out to attack what I think are evil things and let the chips fall where they might.” In 2007, an online poll from the National Education Association named The Lorax one of its ‘Teachers’ Top 100 Books for Children.’ The Lorax was made into an animated feature film in 2012, coinciding with Dr. Seuss’ 108th birthday. He died on September 24, 1991. 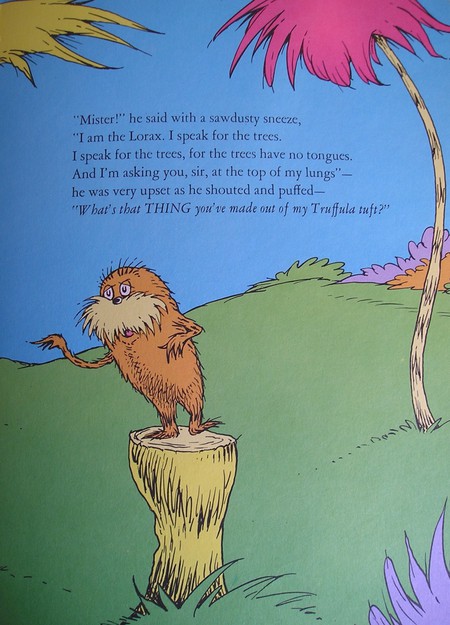 Although primarily remembered for his children’s books, Dr. Seuss was also a distinguished painter. Producing mainly surrealist oil paintings throughout his lifetime, Dr. Seuss drew inspiration from his own beloved characters. Namely, one can find various interpretations of his ‘Cat in the Hat’ littered throughout his painted works.

Theodore Seuss Greisel has an impressive record with over 44 children’s books, more than 400 World War II political cartoons, hundreds of advertisements, and countless editorials – Dr. Seuss continues to live on through his work. “Illustrator by day, Surrealist by night, Dr. Seuss created a body of irrepressible work…”, which defines Dr. Seuss as an iconic American artist.