A History Of Gillette Stadium In 1 Minute

Located in Foxborough, Massachusetts, Gillette Stadium is the home of the New England Patriots and the New England Revolution. You’ll find it packed with football and soccer fans during home games, and throughout the rest of the year, it’s used for concerts and other large events. The stadium can hold 68,756 people, in addition to 6,000 club seats and 87 luxury suites.

In 2002, Gillette replaced the old Foxboro Stadium, which had been in use since 1971. The first event at Gillette was a New England Revolution soccer game in 2002, and grand opening ceremonies took place before a New England Patriots game that fall. Gillette is an open-air stadium, and the field is comprised of ‘FieldTurf,’ which replaced real grass in 2006 after a rainstorm wore away much of the field. 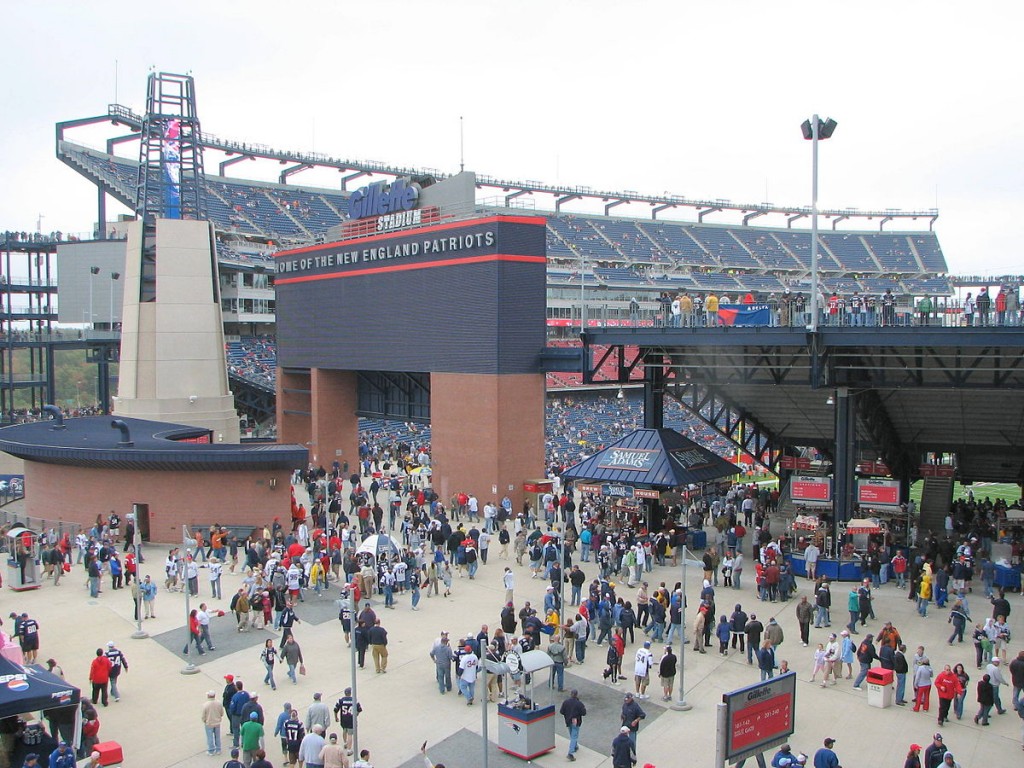 With the announcement of the construction of the $325 million stadium came considerable additional changes to the area. There had been some talk about moving the stadium out of Foxborough, including a possible move to South Boston or even out of state to Providence, Rhode Island. Ultimately, the change of location never happened, but Route 1 was connected to a new road, allowing easier access to the stadium.

For the New England Patriots, changing stadiums didn’t stop their sellout streak; since 1994, dating back to their old stadium, the team has sold out every home game. To account for this surge in popularity, 3,000 extra parking spaces were added to the new venue. 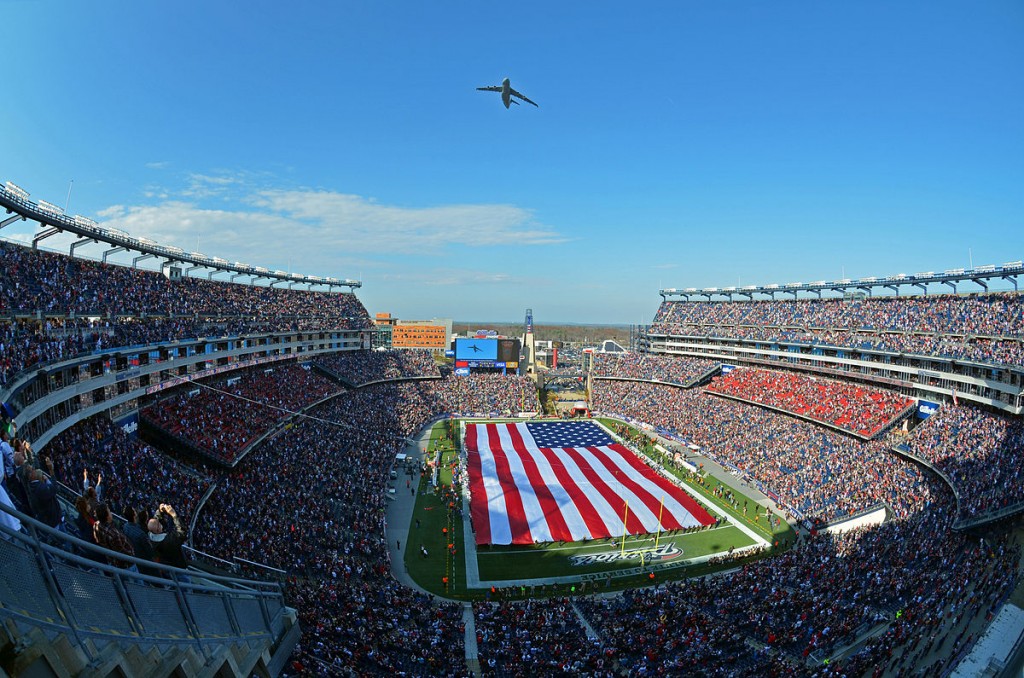 Today, Gillette is also much more than a sports stadium. Patriot Place surrounds the arena – a complex made up of shops and restaurants. This part of the project was installed in 2006, under Patriots owner Robert Kraft’s goal to create a ‘super regional lifestyle and entertainment center.’ Patriot Place features vendors from the first Bass Pro Shops in New England to the oft-frequented Toby Keith’s Bar and Grille. Besides the open mall, it also features a movie theater, a health center, and a four-star hotel. Patriot Place is a one-stop shop for sports, shopping, food and more, making for a fun visit any time of the year.

Gillette is definitely farther away from the state’s capital than Fenway Park or TD Garden, but thanks to the MBTA, fans closer to the city can take the commuter rail during the Patriots’ home games, accessible on the Providence/Stoughton and Franklin lines.