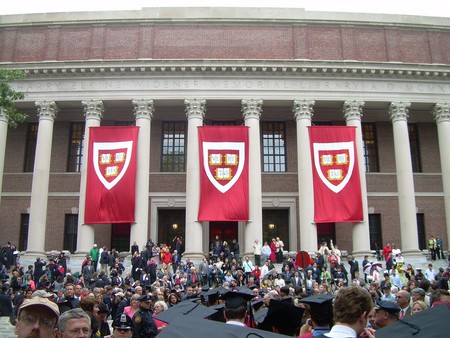 Harvard University is undoubtedly one of the most prestigious and well-known colleges in the world. Its reputation comes from being in operation for centuries, and its rigor is unmatched. But there are still things about this prestigious college of which you have probably never heard. Check out a few things below.

The statue of John Harvard is quite possibly the most recognizable landmark at Harvard University, but it is often called the ‘Statue of Three Lies.’ Firstly, John Harvard was technically the main benefactor of the college, donating funds to begin the university, which ensured that the school would carry his name – the statue labels him a founder of the school. It also states that the college was founded in 1638 when it actually opened in 1636. Lastly, the sculpture doesn’t even depict John Harvard, but rather a student by the name of Sherman Hoar. 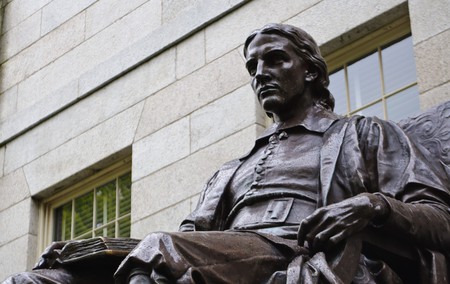 It may be expected of the oldest university in the country, but the library collection at Harvard is the oldest in the country. The entire system comprises 79 libraries, with the Harry Elkins Widener Memorial Library being the largest by far. It is home to some 3.5 million books and has 57 miles of shelves. Four floors are underground due to the fact that they needed to expand but had nowhere to go but down. 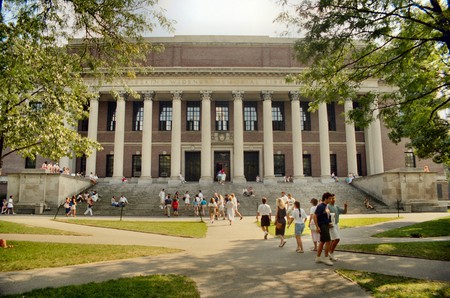 It’s well known that Harvard has a lot of money, but do you know just how large their endowment is? About $37.6 billion USD. That makes it the largest academic endowment in the world. While it has seen hits lately, it remains far above the next two, which are Yale University and the University of Texas.

Today, Harvard prides itself on gender equality, as well as being an advocate for LGBTQ rights. But it wasn’t always that way. Until 1999, Radcliffe College, now the Radcliffe Institute for Advanced Study, was essentially the all-female counterpart to Harvard courses. Joint Harvard-Radcliffe diplomas were offered in 1963, and the beginnings of a merger started in 1977. This allowed Radcliffe students to take Harvard classes but didn’t offer those women an official Harvard degree. 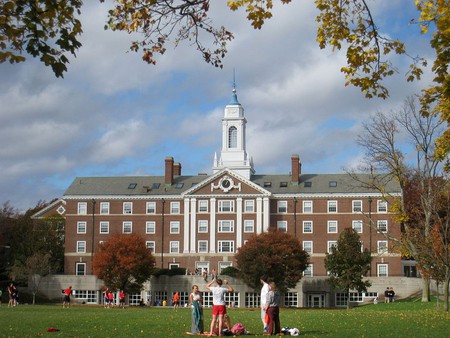 The famous U-shaped football stadium of Harvard University is located right across the river in the Allston neighborhood of Boston. It is the nation’s oldest stadium, constructed in 1903, and mimics elements of Greek and Roman architecture. It holds over 30,000 fans, and it has become a multi-use arena, serving as a field for Harvard track and field, rugby, lacrosse, and even ice hockey. Harvard Stadium is only one of four stadiums to receive national recognition. 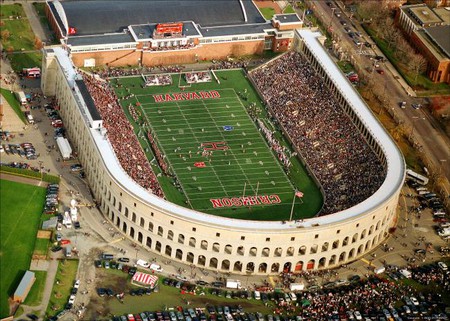 While you’ve probably seen plenty of movies about Harvard University, it’s rare that any are actually filmed in the Yard. Since 1970, the college has had a strict policy of not allowing camera crews on campus. Due to the amount of requests the school gets – sometimes up to five every week – they believe that having Hollywood film crews on campus would be a distraction to their students. This policy is firmly in place; however, it hasn’t stopped some camera crews from getting their Harvard shot. 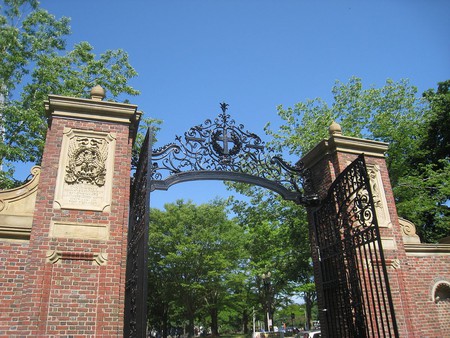 Harvard fan or rival, you would know the famous crimson color of the university anywhere. It seems that this color came to be the school color by complete chance. In 1858, a couple of rowers – Charles W. Eliot and Benjamin W. Crowninshield – handed out crimson scarves to their teammates during a regatta. Charles Eliot would become president of the college in 1869 and serve until 1909. A year later, crimson was voted the official color of Harvard.

Commencement 2008 | ©Ian Lamont/Flickr
Give us feedback