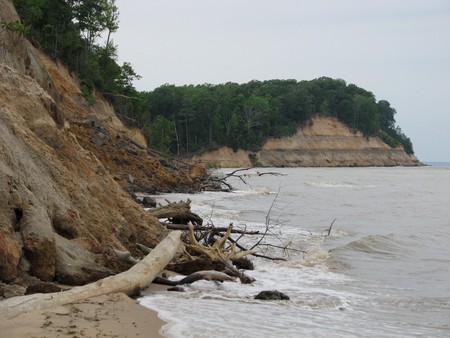 Along the Chesapeake Bay in southern Maryland, you can find a magical place that will transport you back 15 million years to a time when giant sharks swam the oceans. Learn more about the history of Calvert Cliffs, and the awesome discoveries that have been made there.

A little less than an hour south of Washington, D.C., Calvert Cliffs State Park is a perfect spot to experience the prehistoric geological history of the Mid-Atlantic region. Approximately 10 to 20 million years ago, warm, shallow seas covered all of southern Maryland. The cliffs that dominate the shoreline for about 24 miles (38.5 kilometers) are now packed with fossils that reveal the life that once lived in the sea. Today, visitors can walk along the beach and hunt for their own spectacular finds.

When you arrive at the park, you’ll have to hike 1.8 miles (three kilometers) down to the beach area to look for fossils. Along the way, there are swampy, marshy areas that also kind of make you feel like you’re making your way through a prehistoric landscape. Over 600 species from the Miocene Epoch have been found in the park. On the beach, you can sift through sand to look for fossils, which you are allowed to take home. Oyster shells and giant sharks’ teeth that come from the Megalodon are some of the most common finds. Although the fossils come from the cliffs, don’t walk beneath them or try to climb them; the rock isn’t hard, with the cliffs often collapsing. 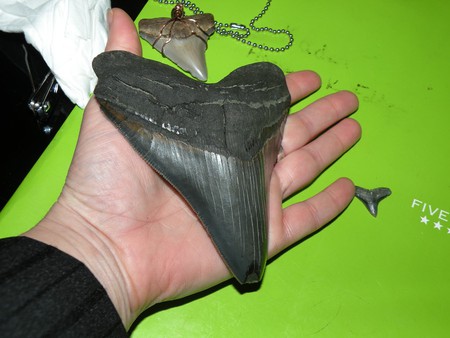 Once you’re done finding your fossils, take in gorgeous views of the bay and go for a swim (although there is no lifeguard on duty). The park also has a tire playground, picnic area, and 13 miles (21 kilometers) of hiking trails. About 10 minutes south of the park, you’ll find the Calvert Marine Museum, which has displays on the prehistoric and modern history of southern Maryland, and the town of Solomons and one of the region’s best tiki bars.