The Top 10 Things to Do and See in Annapolis, Maryland

Sunrise at the City Dock in Ego Alley Annapolis, Maryland | © Charlie Stinchcomb / Flickr
There’s much more to Annapolis, Maryland than the U.S. Naval Academy – much more. People have lived in and around the area for three centuries, and it’s a capital city with small town charm. Despite being a busy tourist destination, the winding streets, lovely colonial brick architecture, and compact size make this a walkable, human-scale city to visit.

The beautiful waters of the Chesapeake Bay and the open sea have sustained watermen in Annapolis since the 1600s, and sailing is a proud tradition, which is why the locals call this capital city “America’s Sailing Capital.” From an invigorating sail to waterfront dining with picturesque views, here are 10 things you shouldn’t miss if you want to experience the real Annapolis.

Get a front row seat to the Parade of Lights

Every December on the second Saturday of the month from 6 to 8 p.m., the Eastport Yacht Club takes out a fleet of sailboats decorated with colorful Christmas lights and sails the harbor to celebrate the holiday season in style. Locals know the best place to see the light show and go for dinner is Carol’s Creek Cafe; their glass-enclosed dining room has incredible views of the water and the boats as they sail by, and their Parade of Lights dinner special always sells out early.

Take the Pledge and drink the world’s largest milkshake

Chick & Ruth’s Delly has been a hit with everyone, from midshipmen to state legislators, bus drivers, and tourists, since they opened their doors in 1965. Part of the charm is the comfort food, service with a smile, bottomless milkshakes, and daily recitation of the Pledge of Allegiance. That last one is a bona fide tradition, and everyone joins in at 8:30 a.m. Monday through Friday and 9:30 a.m. Saturday and Sunday. If you think you’re up to it, enter one of the Colossal Challenges and try to finish a six-pound milkshake! 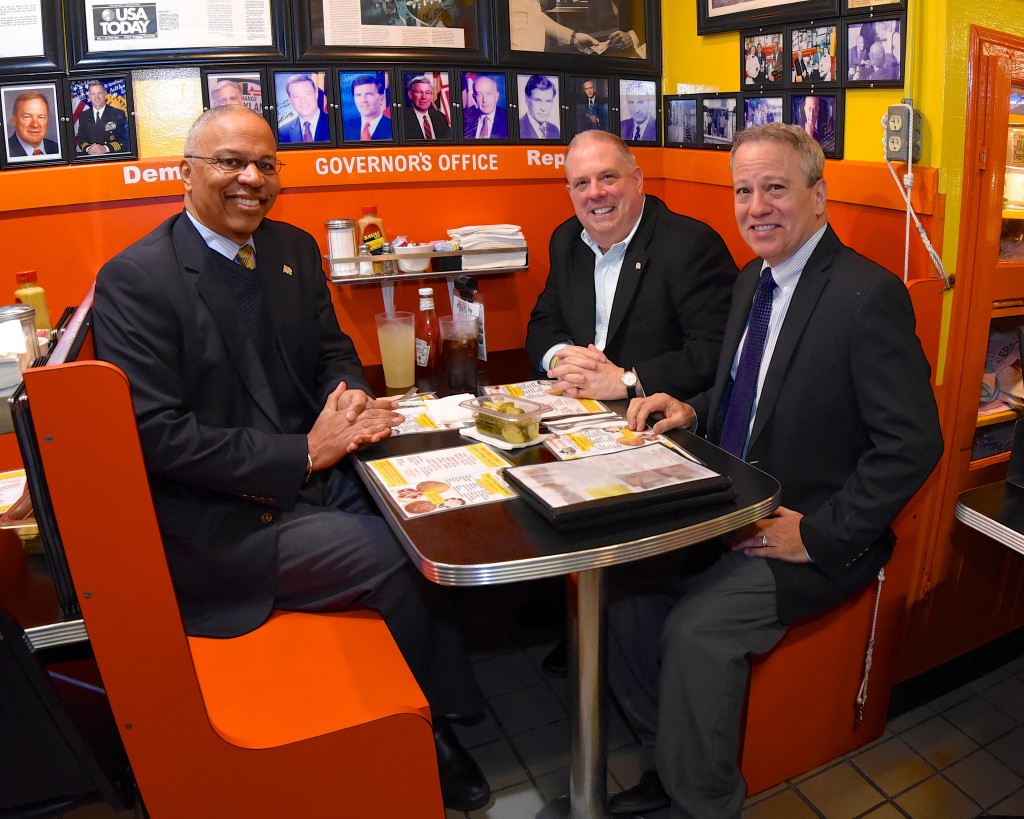 Set sail under a sea of stars

Weekends start on Wednesday in Annapolis, and people are crazy about sailing – these are two universally accepted truths. The first is a fun tradition you can’t avoid; the second is proven every Wednesday, April through August when thousands of people race their sailboats along Annapolis’ waterways in weekly Wednesday Night Races. Spectators join the fun in their boats, watch from the safety of the Spa Creek Drawbridge, or enjoy the view and a fantastic meal at local waterfront haunts like Boatyard Bar & Grill. If you want to join the fun, sign up for a Wednesday Night Races Happy Hour Cruise aboard the Harbor Queen, a classic riverboat. You’ll get a bird’s-eye view of the boats while sipping a chilled glass of wine.

Step outside the Maryland State House and go to Lawyers Mall; there you will see an eight-foot (2.4-meter) statue of one of America’s most important civil rights activists and voices for change on the U.S. Supreme Court: former U.S. Supreme Court Judge Thurgood Marshall. Born in Baltimore and educated at Howard University in Washington, D.C., his victorious 1954 landmark Supreme Court case, Brown v. Board of Education of Topeka, made establishing separate public schools for black and white students unconstitutional and changed the lives of millions. The state of Maryland honored the man, his life, and his work and commissioned the Thurgood Marshall Memorial Statue, and it continues to remind visitors that one person can change the course of history. 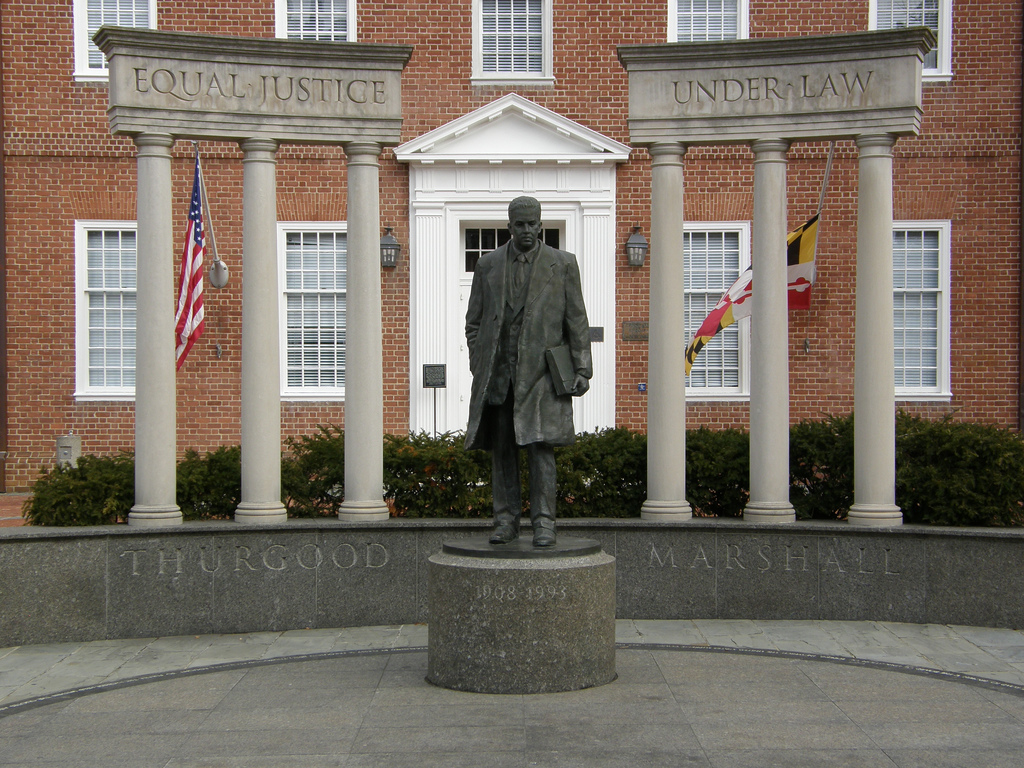 Stay awhile and smell the roses

In addition to being a wealthy landowner, signer of the Declaration of Independence, and Governor of Maryland, William Paca appreciated beautiful gardens and built an extensive garden at his home in Annapolis. Typical of formal gardens in the Chesapeake region in the 18th century, Paca’s estate gardens were enclosed behind walls and laid out in orderly geometric French-style parterres and terraces with different areas for heirloom roses, groomed beds of seasonal flowers, and holly and boxwood parterres. Carefully recreated on two acres in the heart of historic Annapolis, his garden is the core of the state garden now called the William Paca Garden. 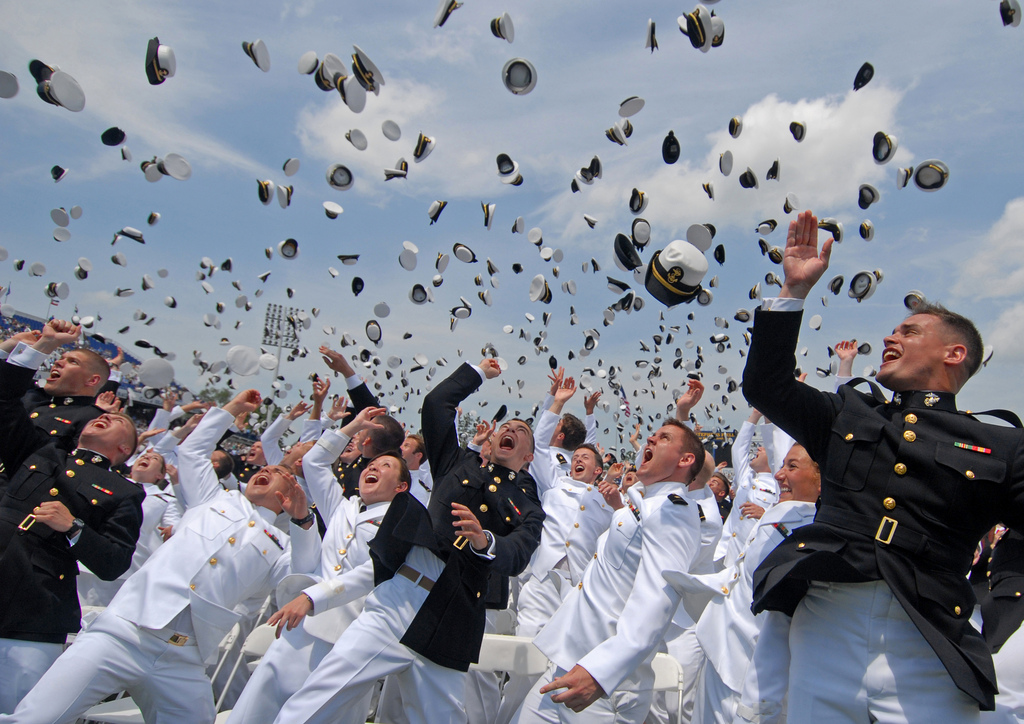 Let the kids be pirates for a few hours

During vacations, there’s a limit to the number of museums, statues, and adult stuff kids can tolerate. At some point, they have to let loose and just be kids, and if they love pretending they’re pirates, they will love the adventure in store for them at Pirate Adventures on the Chesapeake. This Annapolis-based company provides fantastic costumes, maritime activities, and the chance for the pirates to head out to sea on the Sea Gypsy, an almost real pirate ship. The gang will love the props and pirate water cannons as they use a treasure map to look for treasure at sea in the Annapolis Harbor.

Massachusetts may have had the Boston Tea Party and other American historical milestones, but as one of the original 13 colonies, Maryland has a proud history too. The Maryland State House in Annapolis, built in 1772, is the oldest state house still in use, and in its chambers, events unfolded that are now part of American history. The Continental Congress convened in the state house for close to a year, and it was once the capital of America. It’s also where General George Washington resigned his commission as commander-in-chief of the Continental Army and where the Treaty of Paris that ended the Revolutionary War was signed. 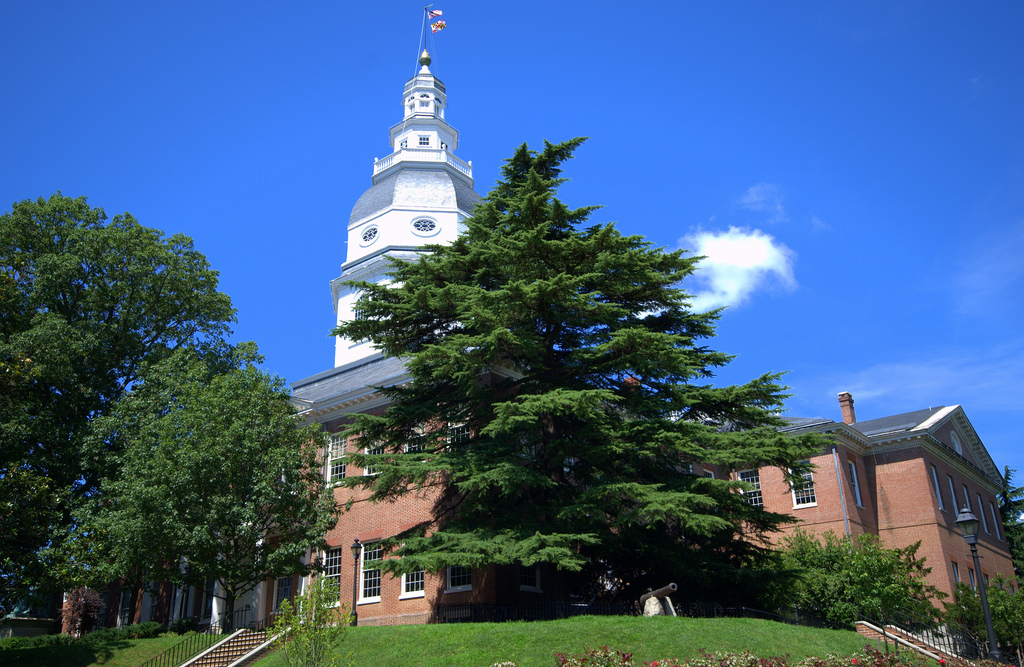 Learn the history of a celebrated writer’s African American heritage

Alex Haley, the author of the book and miniseries Roots, once said, “In every conceivable manner, the family is a link to our past, bridge to our future.” His work helped raise the consciousness of millions of Americans in the late 1970s, and the Kunta Kinte-Alex Haley Memorial commemorates the spot where Alex Haley’s African ancestor, Kunta Kinte, arrived in the United States. It is unique because this is the only memorial in the country that marks the name and place of entrance of an enslaved African. 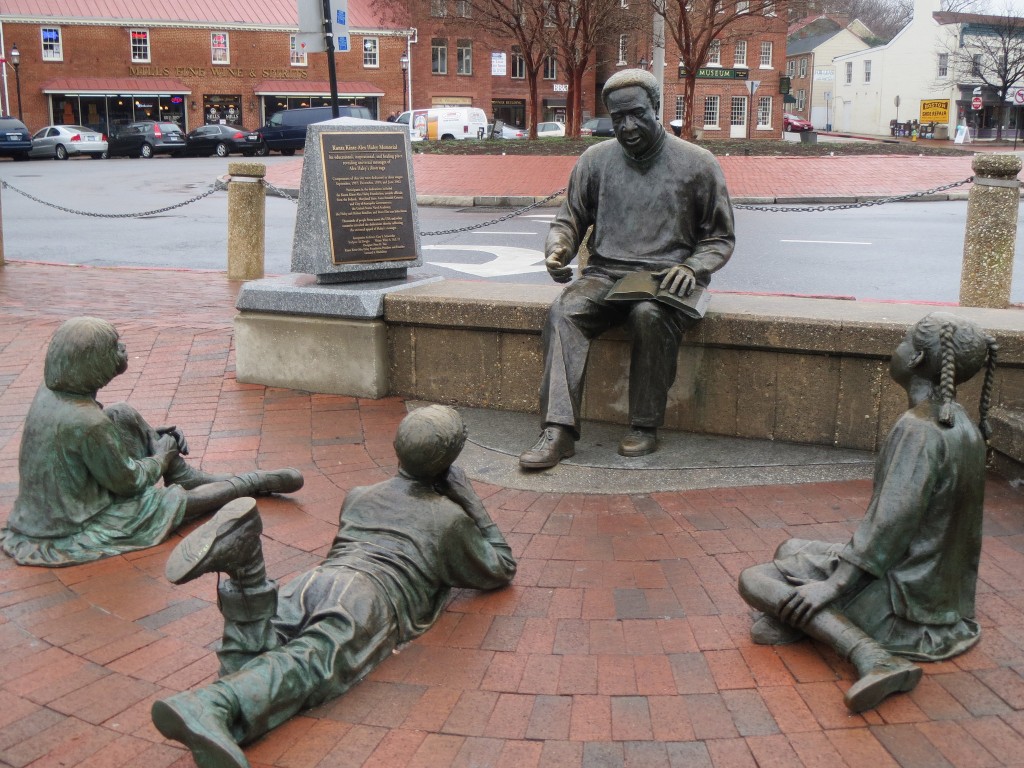 Hoist a mainsail or let someone else do it

If you dare, get an adventurous view of Annapolis and set sail on the Schooner Woodwind operated by Annapolis Sailing Cruises. This 74-foot (22.5-meter) boat sets sail from the Annapolis Waterfront Hotel, sails past the U.S. Naval Academy and includes special themed parties like Wednesday Night Match Racing, History Mondays, and more. The two-hour cruise (cross your fingers there aren’t any Gilligan escapades in store) takes up to 48 passengers, and you can enjoy the ride without lifting a finger, or you can try your hand at raising the sails and steering the boat. 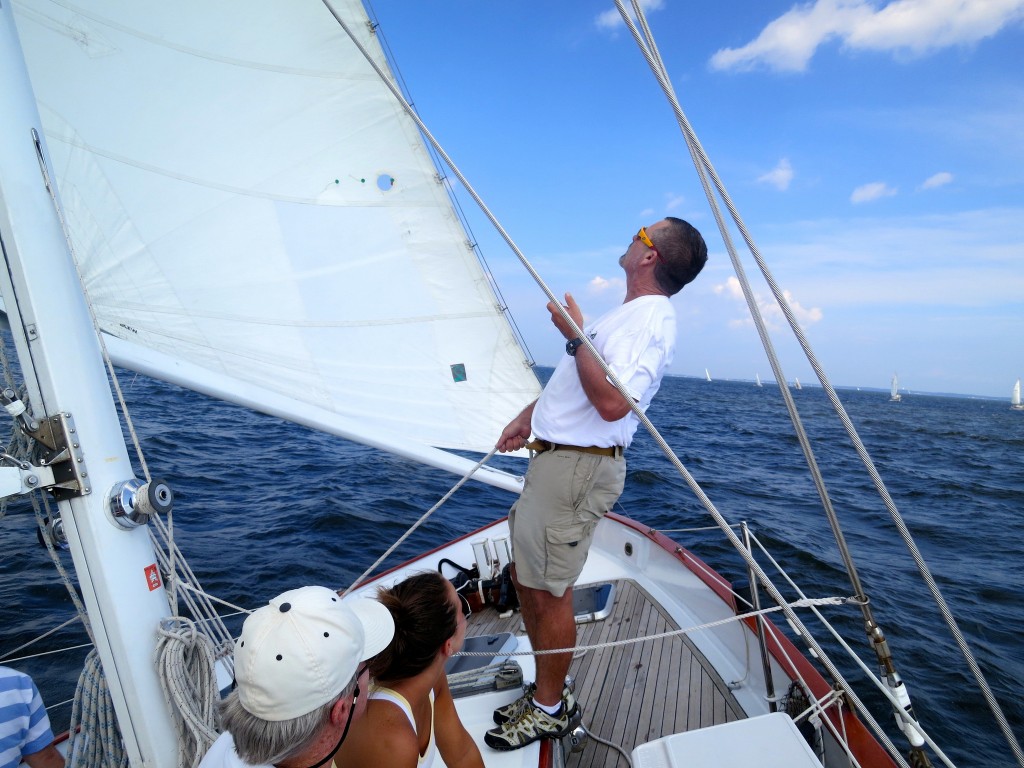