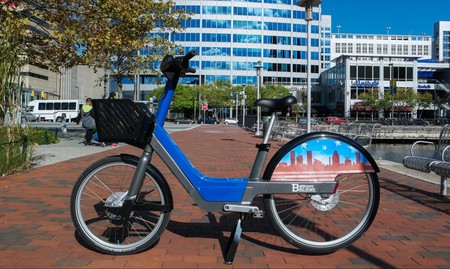 Baltimore has a long history with bicycles – according to Baltimore Heritage, James Stewart crafted the first American velocipede, the ancestor of the modern bicycle, in Baltimore in 1818. Since then, the likes of H.L. Mencken and Babe Ruth have cycled through the streets of Baltimore. Our cycling guide will help you follow in their tire tracks, with the best bike shops and trails in Charm City.

Baltimore Bicycle Works is the only worker-owned and democratically-operated shop in Baltimore, and consistently ranked one of its best bike shops for quality service. They carry a range of new and used bikes, and offer top-notch repair services. The shop also hosts bicycle maintenance workshops and yoga classes, to keep you moving in more ways than one. You’ll know the building by the multicolor windows and funky murals on the walls. 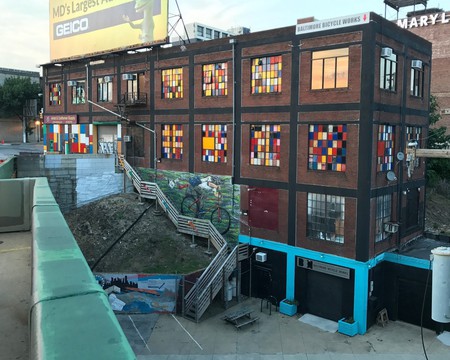 Celebrating 40 years of service in 2018, Race Pace Bicycles has been recognized by the National Bicycle Dealers Association as one of the “America’s Best Bike Shops.” The family-owned local chain is staffed by experienced bicycle industry professionals who add a personal touch to their service. Visit one of their seven locations for new and used bikes, rentals, repairs, and more.

Joe’s Bike Shop was formerly the Mt. Washington Bike Shop, until Joe Traill, a former bicycle messenger and enthusiast who worked at the shop, was given the opportunity to take over in 1999. Situated near the Jones Falls Trail, it’s a great local spot that knows how to match people with bikes they’ll love, and does a fast repair job. Also located in Fells Point. 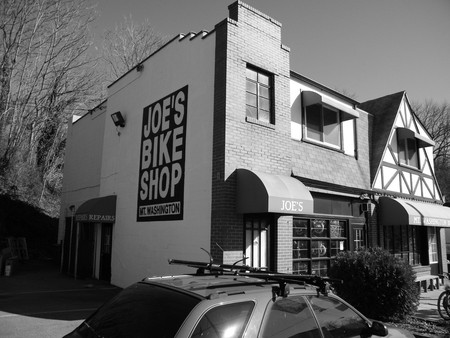 The city-sponsored Baltimore Bike Share program has dozens of stations at convenient locations all over Baltimore. You can rent a traditional bicycle, or a Pedelec (electric-assist) bike, to get around just a bit faster, at no extra cost. Monthly, occasional, and single-trip passes are available, but only the first 45 minutes are included in the cost.

The Baltimore bike advocacy group Bikemore is a great resource for cyclists, with information about city cycling rules, safety tips, parking, accessible roads, and more. They also have a calendar of all community cycling events, including the monthly Baltimore Bike Party, and are working to connect the greenway trails (listed below) into a single, 35-mile network. So make sure to check here before you take to the streets.

Gwynns Falls Trail is the longest of the Baltimore greenway trails, with 15 miles connecting 30 neighborhoods and 10 parks with the streams of Gwynns Falls Valley, making it a cool combination of natural and urban landscapes. Used by commuters as well as visitors, Gwynns Falls Trail is mostly flat with nine trailheads along the way to enter or exit, so it’s relatively easy to ride however much you want. You can use the trail app for easy navigation, and check out the informative panels along the route for region history.

The 10-mile Jones Falls Trail is split into three parts. Though it starts from the Baltimore Visitors Center in the Inner Harbor, most skip Part 1 and pick it up near Penn Station for Part 2, which brings you past the Street Car Museum through Druid Hill Park and the more rustic Clipper Mill area. Part 3 brings you along Jones Falls stream and basically ends at the beautiful Cylburn Arboretum, which makes a nice picnic spot. The trail, though never steep, gets hilly in areas, so be aware as you ride. 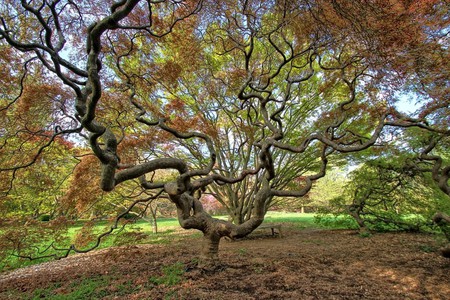 Druid Hill Park is home to a number of great attractions, such as the Maryland Zoo in Baltimore and the Rawlings Conservatory and Botanical Gardens. The park has a few different cycling trails, including a 2.75-mile section of the Jones Falls Trail which takes you past some lovely sculptures and murals. For more of a challenge, try the Mountain Pass Road trail, with steep hills. 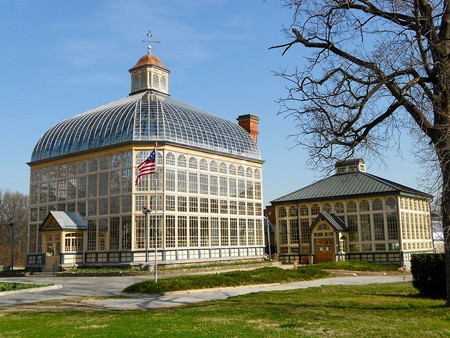 The land that makes up the scenic Herring Run Park in Northeast Baltimore was settled as early as the late 1600s, and includes Hall Spring, a historic watering hole. The 2.5-mile loop connecting Herring Run Park with Lake Montebello, where the city’s first water filtration plant was founded, makes for a mellow ride along the Herring Run stream. The park provides some opportunities to spot wildlife including great blue heron, white egret, and foxes. 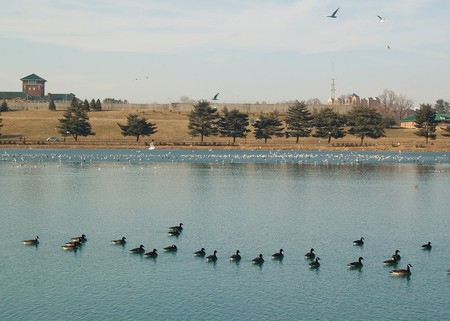