The Most Impressive Buildings in Baltimore 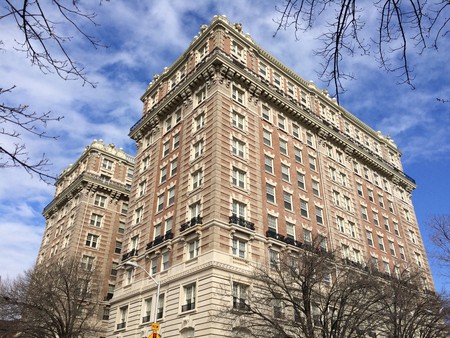 Skyscrapers, churches, national monuments; who doesn’t love gazing at a beautiful building, appreciating all of the hard work and effort that it took to accomplish the finished product? Baltimore, Maryland has plenty of those beautiful and impressive buildings around the city. Take a preview at some of these buildings and plan to visit them as soon as you can.

The Baltimore County Courthouse was built in the 1800s and styled in a Greek Revival fashion that dates back to the late 18th and early 19th century. This courthouse holds the Baltimore County government where jury duty is held, court trials, including criminal and family law cases.

The Baltimore & Ohio (B&O) Railroad Museum is a fantastic museum that displays old railroad equipment and has an extensive collection of old railroad treasures. The museum opened on July 4, 1953 and was designated a National Historic Landmark. This museum features Georgian architecture which is known for its elegance.

The Washington Monument and Mount Vernon Place the epicenter of Mount Vernon in Baltimore City. Unveiled in 1829, it was the first monument dedicated to Washington in the USA. The statue of Lafayette was dedicated in 1924, as he was integral in the fight for freedom. Both of these structures are captivating and essential to the history of Baltimore.

The Baltimore World Trade Center is the world’s tallest pentagonal building. It stands 27 feet tall and was completed in January 1977. This building is located right in the heart of Baltimore City, at the Inner Harbor. Tours are scheduled in this building throughout the day and many locals and visitors love taking pictures of the city from atop the Trade Center.

Look. At a whopping 27 stories, it's the tallest pentagonal building in the world!