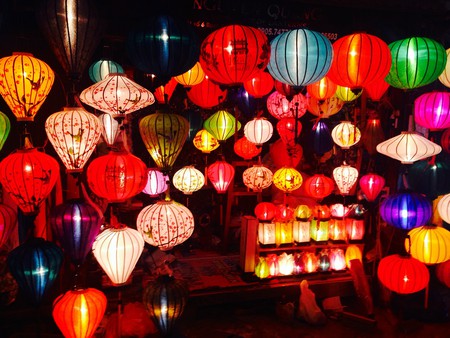 On September 22, 2018, the first-ever Charm City Night Market brought an outdoor night market to the streets of Baltimore, hoping to create a new annual tradition for the city’s Asian-American community.

The Charm City Night Market, running from 4pm to 11pm, brought together local Asian food, crafts and performers for a one-night block party centered on Mount Vernon’s Park Avenue. The inaugural event was particularly festive, as it took place just two days before the Lunar Mid-Autumn Festival celebrated by Chinese, Vietnamese and other Asian cultures.

But it isn’t just the festival date that is significant for Asian Americans. The area from Lexington Market to 200 Park Avenue, where the Charm City Night Market took place, was once home to Baltimore’s Chinatown from the late 1800s until after World War II. 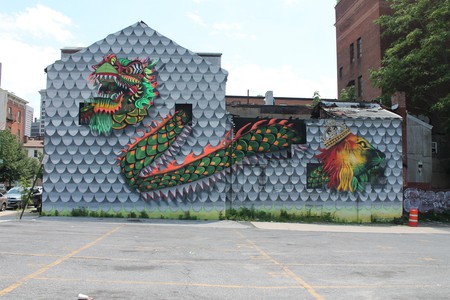 Jeff Huntington's mural on Park Avenue references the area's Chinatown past and Ethiopian present with a Chinese dragon and Conquering Lion of Judah. | © Elvert Barnes / Flickr

Stephanie Hsu, former marketing and events director for Remington’s R. House, was inspired by the area’s history to form the Chinatown Collective, a group of primarily local second-generation Asian Americans (with backgrounds ranging from Taiwanese and Korean to Pakistani and Ethiopian). The group works to bring awareness to the community’s history in and contributions to Baltimore. The Charm City Night Market is one of their first major organized events.

Hsu credits long-time Baltimore residents Kitty and Calvin Chin as the first inspiration for this night market. Kitty, now 90, and her late husband had advocated for a revival of the historic district since the late 1970s as a way to preserve the old community’s history and bring people together.

“They wanted to bring people back to that area… as a pan-Asian hub that would then incorporate a lot of the other Asian immigrant communities that were moving into the city at that time,” Hsu said in an article for Baltimore Magazine. “Now we’re taking their vision and expanding on it to reflect what the city looks like now.”

Approximately 12,000 attendees enjoyed an illuminated lantern walk along Lexington Street as they checked out local art, crafts and jewelry vendors, with a spotlight on Asian and Asian-American crafters. On the performing arts side, groups like the Filipino-American-led Baltimore Dance Crews Project and the traditional Korean drumming troupe Salmunori lit up the festivities with their performances.

For Hsu, she said, “At the end of the day, I think we’ll be pretty happy if people have a good conversation with someone about their own culture or experience a different culture in a deeper way.”