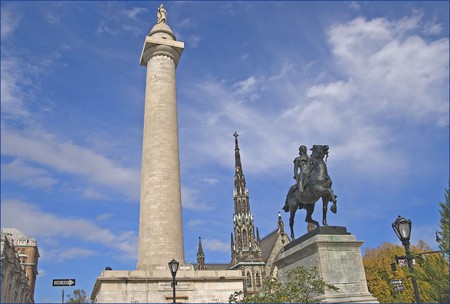 Historic Mount Vernon in Baltimore is a beautiful neighborhood with incredible culture and architecture. Even though it isn’t situated by the harbor, there’s still plenty to enjoy in the area when the weather gets hot. Here are the best things to do in Mount Vernon during the summer.

Mount Vernon Conservancy and Baltimore Heritage host this one-hour historical walking tour once a month. The tour takes you around the landmarks of this former home of the rich and famous, and then up the 227 steps of the Washington Monument to take in the view (space and weather permitting). Tickets are $10 each, to be reserved in advance. 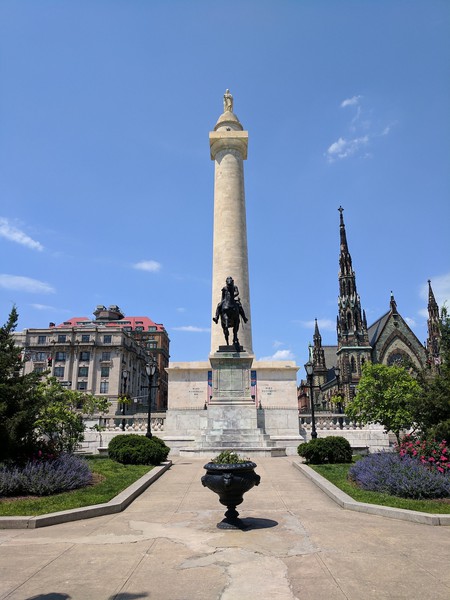 There are quite a few places to dine outdoors in Mount Vernon during the summer. Brew House No. 16, a 1900s historic red-brick firehouse now a modern restaurant and brewery, has outdoor seating that makes it easy to admire the architecture while enjoying a cold house-made craft beer. The upscale French restaurant Magdalena, at the Ivy Hotel, has access to the hotel’s lovely courtyard where you can dine outside. Marie Louise Bistro, featuring French-Mediterranean food and pastries, surrounds their outdoor seating area with colorful flowers. Whatever you choose, you’ll have a pleasant experience.

Enjoy Summer in the Squares

The Summer in the Squares series brings free outdoor cultural events to Mount Vernon Place, right around the Washington Monument, every Wednesday from June through August. West Square hosts concerts for the first three Wednesdays of the month, where local musicians and groups perform a variety of music, including jazz, classical, and African drumming. The end of the month means MVP Movie Night in East Square, offering popular films like Wonder Woman and Coco. It’s a perfect way to spend a summer evening in Mount Vernon. 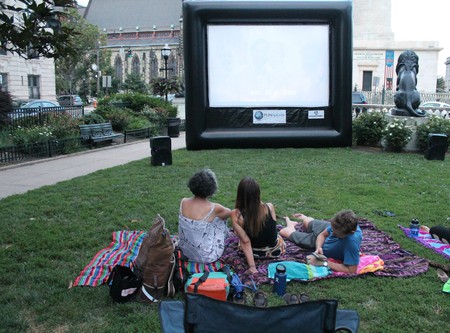 Mt. Vernon Marketplace is a diverse food hall offering fresh artisanal food from 14 different vendors, featuring a variety of options. Grab some homemade ice cream at Edible Flavors, cold craft beer at Taps Fill Station, or traditional tacos with Mexican soda at Cholita’s Tacos to beat the heat. Swing by on Mondays for happy hour specials or weekdays at The Local Oyster for seafood specials. Mt. Vernon Marketplace has also hosted various events like block parties and music festivals in Augusts past, so be on the lookout!

Mount Vernon has long been the center for Baltimore Pride, one of the oldest Pride Festivals in the country. While the growth of Baltimore Pride has forced The GLCCB to move most of the festivities to other neighborhoods, there’s still plenty of “Pride” in Mount Vernon. The kickoff parade now starts in Mount Vernon before proceeding to Old Goucher and Charles North, and other official and unofficial Pride events, such as Wine’d Up Wednesday, still take place in the old neighborhood. 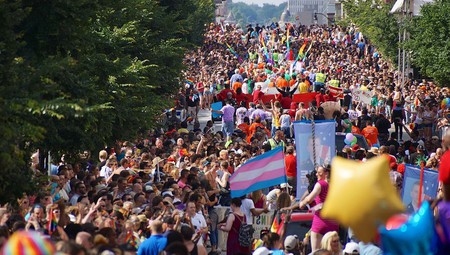 Take in the Summer exhibition at C. Grimaldis Gallery

The C. Grimaldis Gallery, Baltimore’s oldest contemporary art gallery, has held its annual Summer exhibition for over 40 years. With a selection of work by emerging and established gallery artists, including faculty members at Maryland Institute College of Art (MICA), the Summer exhibition includes traditional media like painting and sculpture as well as photography and found materials. The free exhibition runs from June through August.

For more art appreciation, the Walters Art Museum is a popular, free attraction year-round, but in the summer, it’s a great way to enjoy culture and get out of the heat. Tour the collection and exhibits, take a drawing workshop, or introduce kids to the wonders of art through one of the museum’s family programs. Plus, June 2018 marks the reopening of One West Mount Vernon Place, a three-story 19th-century mansion on the Walters campus that has been refurbished with new installations, a coffee bar, and more. It’s a perfect time to check out The Walters. 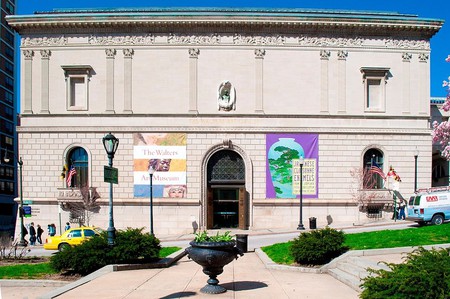 The Enoch Pratt Free Library in Mount Vernon is a beautiful, historic library with events for all ages throughout the summer. While they host #popscope, a free monthly pop-up astronomy night for urban-dwellers, all year long, there’s nothing like stargazing in the summer when the nights are warm. Also, check out the Writers Live! series, which invites published authors to present and discuss their work. Check the branch calendar for more details. 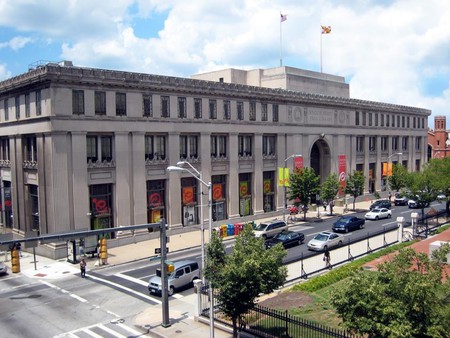