Summer Festivals Along the Chesapeake Bay 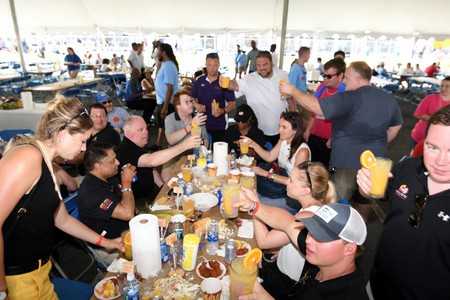 In Maryland during the summer, you’re never too far from the Chesapeake Bay and can easily get a taste of beaches and summer life for a day or a weekend. Besides the usual summer carnivals, county fairs and outdoor concerts and movies, there are numerous uniquely Maryland events that are worth checking out. Here are 10 festivals on both sides of the Chesapeake Bay.

Does sitting down at a long table and picking crabs all afternoon sound like your kind of fun? If it does, you’re probably from around the Chesapeake Bay, and the J. Millard Tawes Crab & Clam Bake is the event for you. Held on the third Wednesday in July and named in honor of a governor of Maryland from the town of Crisfield, money raised at the event helps support local fire and police departments, civic organizations, and the Crisfield Heritage Foundation. The whole event is a seafood lover’s dream with all-you-can-eat crabs, clams, fried fish, raw bar, fries, corn on the cob, onion rings, and watermelon.

Another great event in Crisfield is the National Hard Crab Derby. The tradition started in 1947, and since the first crab race the event has grown to include a days-long festival celebrating Crisfield’s marine heritage. On the weekend before Labor Day, you can enjoy the Miss Crustacean beauty pageant, crab cooking and crab picking contests, a concert, 10k race, carnival rides, and fireworks.

While Boston might be famous for the Tea Party, Chestertown, Maryland has its own story of the famous event. After England closed the port of Boston in 1774, the people in Chestertown felt so compelled to stand against the British Crown that they banned tea from the town. Each year, they re-enact a dumping of tea into the Chester River, which leads to the Chesapeake Bay. The Chestertown Tea Party Festival on Memorial Day weekend also includes a parade, children’s activities, music, historic tours, and boat tours.

Did you know that jousting is Maryland’s state sport? While the medieval battle of men on horseback is a common occurrence at the Maryland Renaissance Festival in the fall, you can check out a lower-key version over the summer in the small town of Cordova, Maryland during the St. Joseph’s Jousting Tournament and Horse Show. The tournament has been held at St. Joseph’s Church for 150 years, and the day includes the competition, a horse show, and large family-style lunch.

The skipjack used to be a boat synonymous with the Chesapeake Bay, used to dredge up oysters from the bottom on the bay. Today, the sailboats are restored and raced every Labor Day weekend on Deal Island on the Tangier Sound. While the race is the main event, the Skipjack Race Festival also includes a gospel concert, parade, dance, music, car show, and kids’ activities. 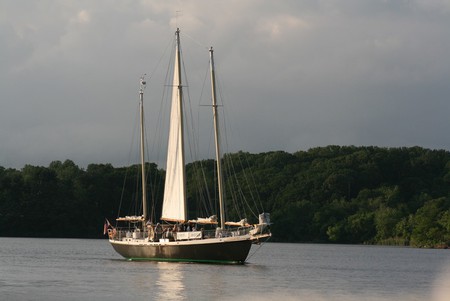 Summer is the perfect time for an artist to take their easel outside and paint. Plein Air Easton is the country’s largest and most prestigious juried open-air painting competition in the United States. Thousands of people participate in the festival throughout the week, and even if you aren’t an artist yourself, you can stroll through the historic town and see beautiful works of art being created around you. If you feel compelled to bring something home, many of the artists also have work for sale.

In Baltimore, they turn toilets into racers and in Berlin, it’s bathtubs. Held for over 25 years, the annual Bathtub Races requires participants to design their own racer out of a bathtub that has to actually hold water. The bathtubs roll down the street in Berlin, and the winner does get a trophy.

It wouldn’t be summer on the Eastern Shore of Maryland without the swimming of the ponies. The swim was made famous by the children’s book Misty of Chincoteague, and on the last Wednesday and Thursday of July on the islands of Chincoteague and Assateague, wild ponies still swim. The swim is very brief, but you can also visit the pony auction and Chincoteague Carnival. If you plan on spending the night in the area be sure to book your rooms in advance, since this is a spectacular event that some 40,000 people come to witness.

Do you ever sing, “Thank God I’m a Country Boy” by John Denver and wish there was a festival devoted to Country Life? Well, you’re in luck. In St. Marys, Maryland, the Country Life Fest is the event to check out. This festival is all about the outdoors lifestyle, with vendors who focus on hunting and fishing, retriever dog demonstrations, live music, chainsaw carving, duck-calling contest, and cornhole tournament.

In Calvert County you can find shark’s teeth that are millions of years old, and the Calvert Marine Museum in Solomons, Maryland thinks that’s worth celebrating. At the museum, you’ll see live sharks, rays, and other aquatic life, plus you can take a picture with your head inside a giant Megalodon shark’s mouth! The museum also has exhibits on life on the bay then and now, plus demonstrations of boat building and boating. 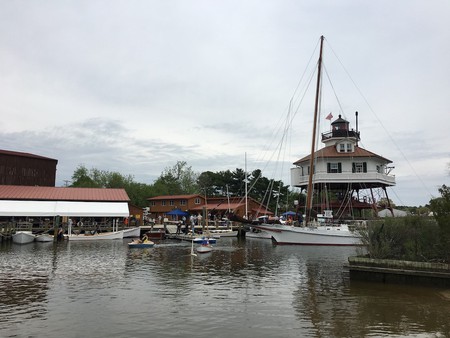