A Guide to the Historic Ships in Baltimore, MD 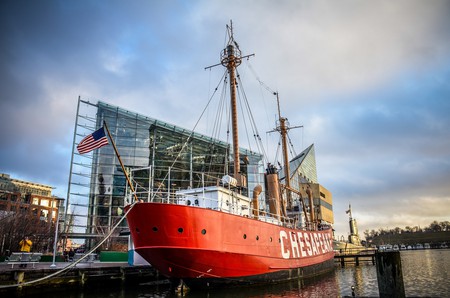 Baltimore’s National Historic Seaport is one of the oldest in the country. From a prominent center of trade and ship manufacturing to a central player in the War of 1812, Civil War and Second World War, the port city has helped make America what it is today. Though the waterfront now attracts more tourists than traders, the historic ships floating in Baltimore’s harbors are a testament to the city’s nautical history and contributions. 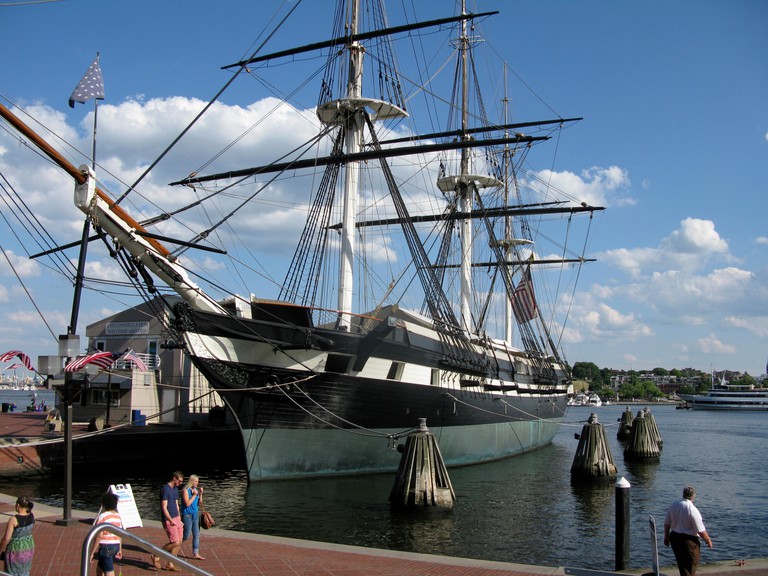 The USS Constellation is the only Civil War-era ship still floating and the last sailing warship designed and built by the U.S. Navy. Serving from 1855–1955, this 22-gun sloop-of-war was known for chasing down slave ships and making the Union Navy’s first capture of the Civil War. The Constellation also has an old connection with Baltimore, as it contains eight pieces of the US Frigate Constellation, built and launched there in 1797. Since retiring, the Constellation underwent restoration as part of the Historic Ships in Baltimore museum, letting visitors experience life as a Civil War sailor. 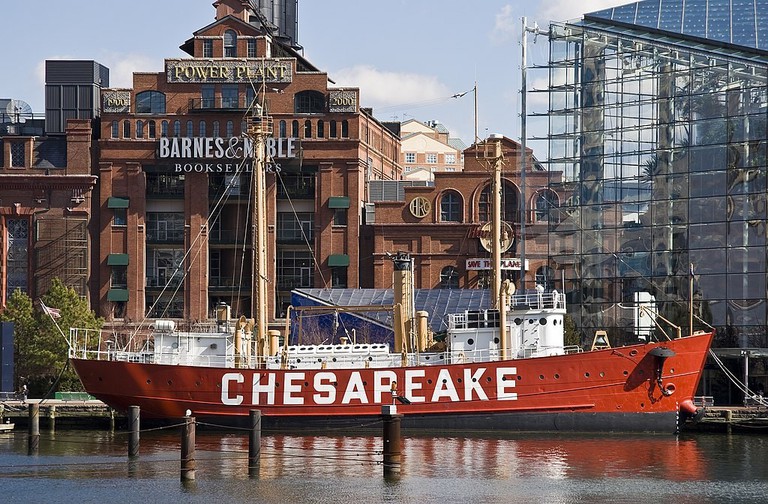 Lightship 116’s bright red hull with the signature “Chesapeake” on the side makes it easy to spot in the Inner Harbor. Completed in 1930, it was essentially a floating lighthouse, used to guide ships safely into the Delaware and Chesapeake Bays until 1971. The lightship also patrolled the coasts during World War II and stayed on duty through two particularly powerful hurricanes in 1936 and 1962. Another part of the Historic Ships in Baltimore museum, you can go inside to learn about lightship life and sailors’ canine companions. 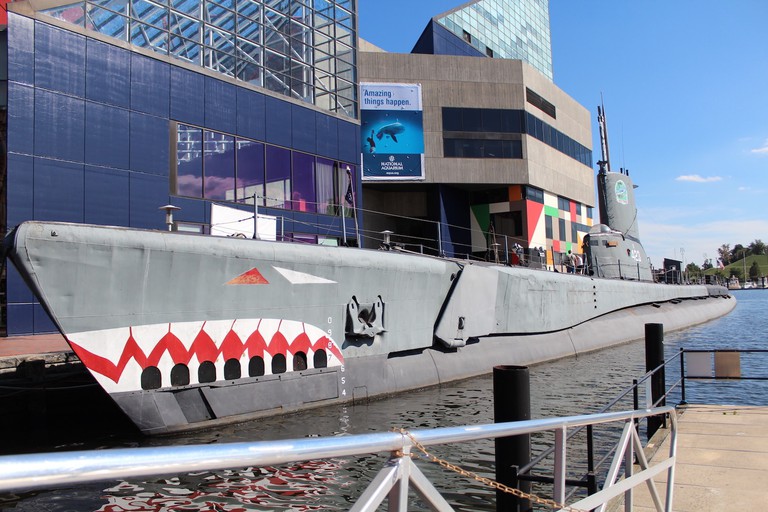 Called the highlight of the Historic Ships in Baltimore museum, the USS Torsk was one of just 10 submarines of its kind to see battle in World War II, sinking three Japanese ships just before the end of the war. Torsk also received a Presidential Unit Citation and a Navy Commendation Medal for its performance in the Lebanon Crisis and the Cuban Missile Crisis, respectively. Part of the Historic Ships collection since 1972, this shark-like vessel allows visitors to tour the torpedo rooms of an authentic World War II sub, plus much more. 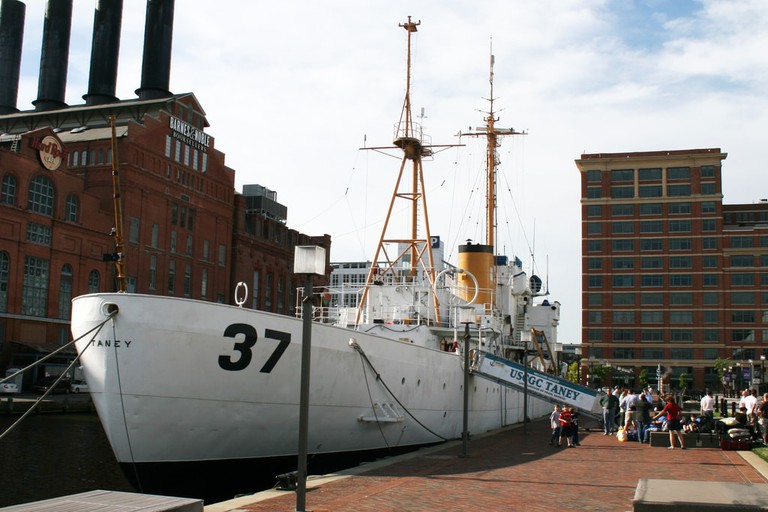 Launched in 1936, the US Coast Guard Cutter Taney is now known as “The Last Survivor of Pearl Harbor,” as it is the only ship still floating that was involved in the attack on December 7, 1941. USCGC Taney received three battle stars during World War II, along with ribbons for service in the Korean War and the Vietnam War. It also served numerous peacetime roles in the Coast Guard until it was donated to the Historic Ships collection in 1986. Climb aboard for a look at the ship’s weapons and pictures from USCGC Taney’s 50 years of service. 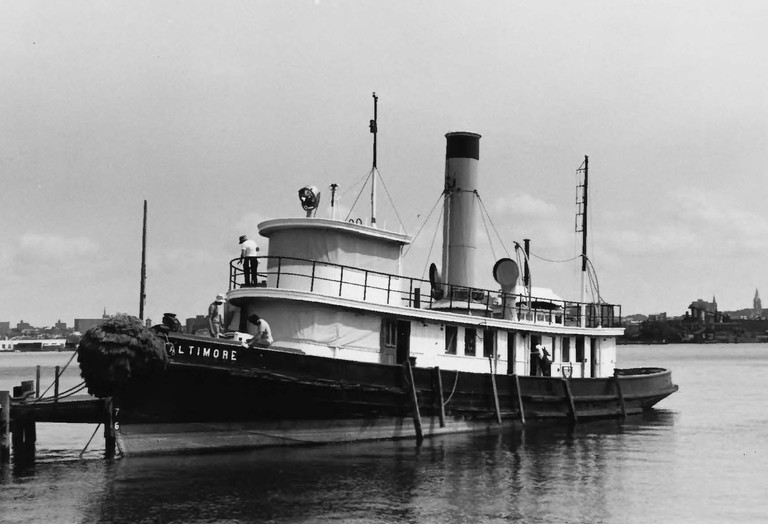 Built in its namesake city in 1906, The Baltimore is the oldest steam-powered tugboat in the United States. Made for multipurpose harbor jobs like towing hefty barges and workboats or breaking up icy waters, The Baltimore also acted as an official welcoming vessel for the city, carrying school groups and VIPs on tours. The Baltimore is currently maintained by volunteers at the Baltimore Museum of Industry, where guests can walk on board the deck. 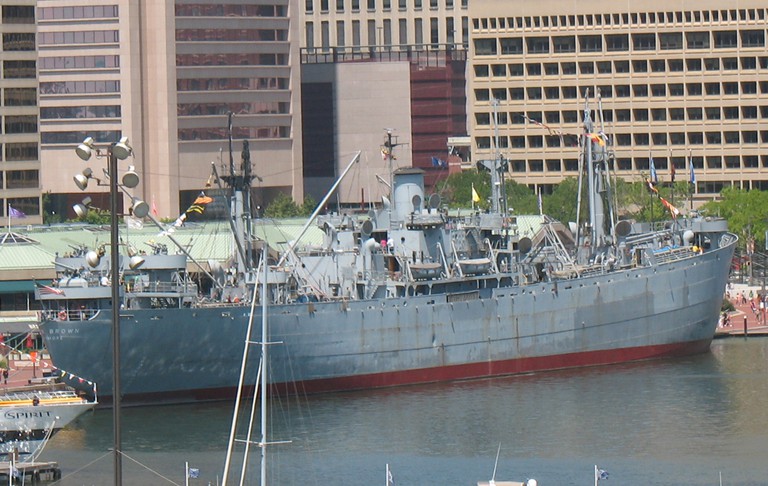 The SS John W. Brown is one of a few surviving World War II cargo ships, dubbed the Liberty ships by FDR, which transported troops, arms, and other supplies overseas. The SS John W. Brown was launched from Baltimore in 1942, and after 13 wartime voyages, it served in New York as the only floating maritime high school in the U.S. It returned to Baltimore in 1988 as a memorial museum ship and is docked there for public tours when not visiting other ports or conducting Living History Cruises, where guests can experience a day in 1944. 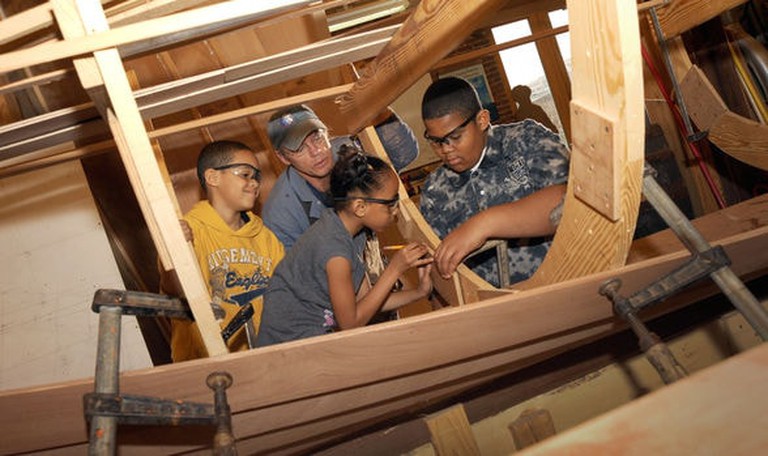 Built on the site of the first African American-owned shipyard in the U.S., the Frederick Douglass-Isaac Myers Maritime Park honors Baltimore’s African American and seafaring history. Named for the Abolitionist speaker who worked in Baltimore’s shipyards as a way to freedom, and the Chesapeake Marine Railway and Dry Dock Co.’s pioneering owner, the museum recreates the shipyard and the processes of 19th-century boat building. Complete with a replica ship and marine railway, like those that used to pull ships from the water for repairs, the museum gives the port city’s history a new perspective. 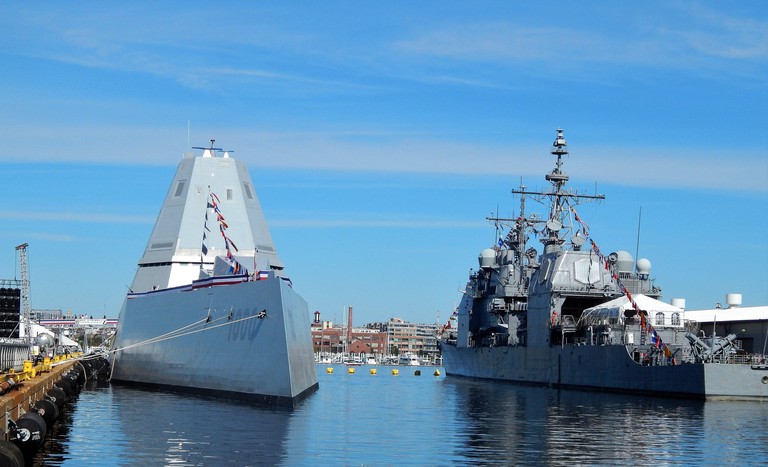 Sail Baltimore is the official committee for visiting ships in Baltimore. Established in 1975 by Mayor William Donald Schaefer, who helped develop the National Aquarium and Inner Harbor, Sail Baltimore has since invited over 750 vessels to the docks of the city. This includes historic ships like the USCGC Eagle, a 1936 German vessel taken by the U.S. after World War II. Sail Baltimore hosts events throughout the year and is a key partner in the annual Maryland Fleet Week & Air Show, which brings over a dozen military ships to Baltimore from around the world.