A Budget Traveler's Guide to Baltimore 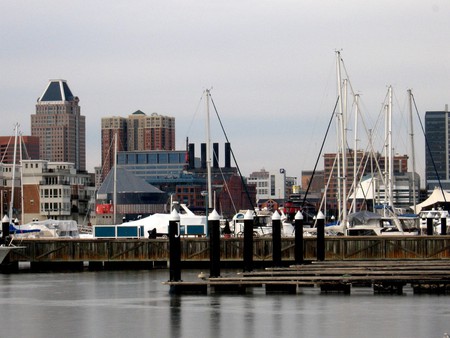 Baltimore is a big city with a lot of accessible, family-friendly culture. Though it has scaled up a bit in recent years, there’s still plenty of food, drinks, and fun for a budget traveler to take advantage of. So check out our guide for how to find the best deals in Baltimore. 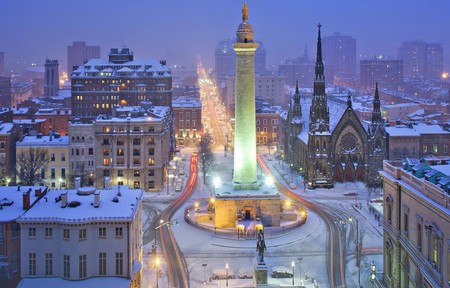 The Washington Monument during a Mount Vernon winter. | © Brlaw8 / WikiCommons

Winter in Baltimore offers the lowest rates and smallest crowds, but it also has cold, sometimes snowy weather. So if you plan to go to Baltimore from December–February, pack a good coat and gloves and take advantage of all the city’s great indoor attractions. The hotel rates do start to decline in November, however, and along with slightly better weather, you’ll catch the start of the holiday season. So if you’re a budget traveler who can’t stand the winter, November might be your best bet for savings.

There are a number of budget-friendly chain hotels to choose from in Baltimore, such as Holiday Inn Express, Rodeway Inn, Days Inn, and Best Western, some of which are not too far from popular tourist areas. However, it’s best to avoid hotels with views of the harbor or Camden Yards, or hotels around the city’s colleges in August and May. Other options include Hotel Indigo, which is good for families on a budget. 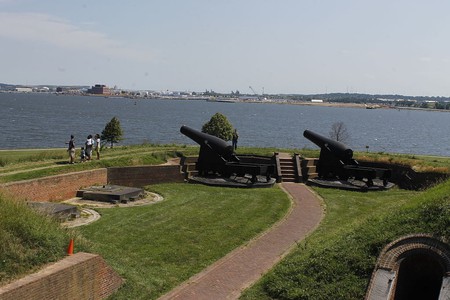 View of the harbor from Fort McHenry. | © Bohemian Baltimore / WikiCommons

Baltimore has plenty of thrills for less if you know where to look. Attractions such as the Baltimore Museum of Art and the Walters Art Museum are free, and others, including the National Aquarium, offer discounts for certain off-peak times. Fort McHenry, where the battle that inspired “The Star-Spangled Banner” took place, is free for anyone under 15, so it’s a great place for families to spend the day. Or, for under $6, you can climb to the top of the Washington Monument for a great view of the city. You can also visit Baltimore’s waterfront, parks, and historic libraries, or find free books to take home at The Book Thing. If you’re a baseball fan, Camden Yards does a number of promotions throughout the year to help you save on tickets, and has a free public park area open on non-game days with bronze sculptures of legendary Orioles players. 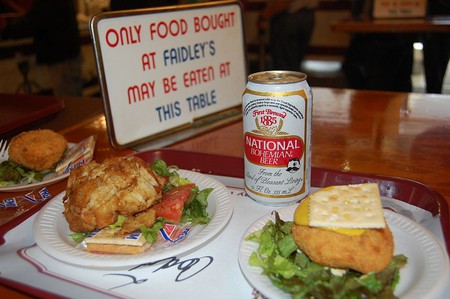 Baltimore is a great city to find delicious food at reasonable prices. Lexington Market and Cross Street Market offer an old-fashioned market experience, with local staples like crab cakes and more at fair prices. In warmer weather, swing by a farmer’s market, like the Baltimore Farmers’ Market & Bazaar, located at Holliday and Saratoga every Sunday in April-December. Other favorite cheap eats include Matthew’s Pizza, Samos Restaurant, Chaps Pit Beef and Vaccaro’s Italian Pastry Shop – neither you nor your wallet will regret it. Check out Baltimore on the Cheap for weekly deals and discounts. 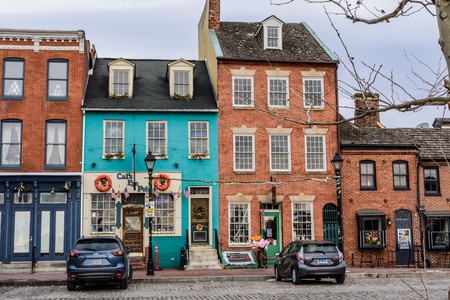 It’s easy to spend happy hour in Baltimore without spending too much. Historic Fell’s Point may have some pricier pubs, but it’s also got plenty of low-price dive bars, like Cat’s Eye Pub. Places such as Papi’s Taco Joint in Fell’s Point, Maisy’s, Mahaffey’s Pub, Blue Agave, and Jimmy’s Famous Seafood are also noted for fabulous happy hour prices. And don’t forget Baltimore’s craft beer scene. Take a tour at one of the local breweries or a city-wide brew tour with multiple beer tastings for one price. 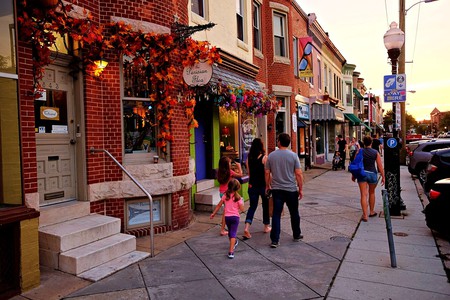 Most famous for its role in John Waters films, Hampden is a quirky little neighborhood which boasts a lot of thrift shops and indie bookstores to shop around in, and funky fair-priced eateries like Cafe Hon and Rocket to Venus. Federal Hill has a beautiful park with excellent views of the Inner Harbor, as well as the American Visionary Art Museum, with outdoor sculpture displays, and locally-owned shops and restaurants. However, while the Inner Harbor makes for a lovely walk on a summer day, the shops and restaurants around it are pricey, so it’s best to avoid it if you can. 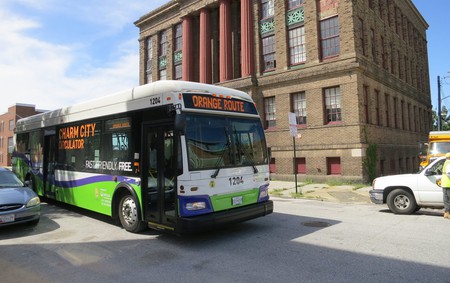 Baltimore budget travelers can use the free, eco-friendly Charm City Circulator, which runs from Charles Village to Locust Point, and stops in popular neighborhoods including Fell’s Point, Mount Vernon, and the Inner Harbor. It also offers the Harbor Connector, a free water taxi with stops in Fell’s Point, Inner Harbor, Federal Hill and Canton. Many neighborhoods are also walkable, but be careful – neighborhoods can change in as little as a few blocks, so know where you’re going.