A Brief History of the United States Naval Academy in Annapolis, MD 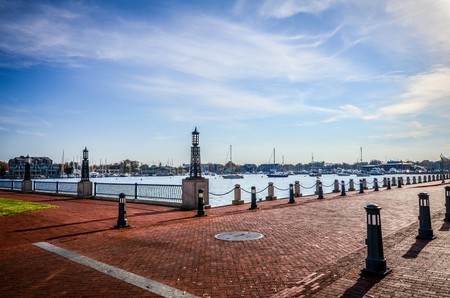 Located in Annapolis, Maryland, the United States Naval Academy is one of the most elite schools in the country, and also has a unique history. Learn more about this special training school for the Navy, and how it found a home in Maryland’s capital city.

Since the Revolutionary War and the beginnings of the U.S. Navy, the government knew that they would need a way to train young sailors. After a bizarre journey where some naval apprentices tried to mutiny the training ship they were on in 1842, the government saw even more clearly that the young men (since only men were allowed) couldn’t just jump into practical training. By 1845, Secretary of the Navy George Bancroft had found a place in Annapolis, Maryland’s capital not far from Washington, D.C., where the midshipmen, or cadets, could train to become Naval officers. 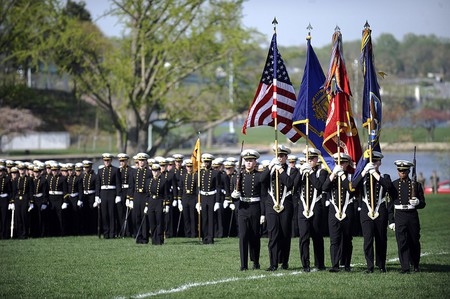 In 1850, the school was officially named the United States Naval Academy (USNA) and became more of a college, requiring four years of schooling plus practical training aboard ships in the summer. However, it wasn’t until 1933 that the school could officially award Bachelors of Science degrees. In 1976, the school accepted the first female midshipmen, and today, they make up about 20% of the first-year class.

Although the USNA is a college, it has a unique culture. To even apply, you must be nominated by a U.S. Representative or Senator from your district, and acceptance to the school is notoriously selective. However, once you are accepted, tuition is fully funded by the Navy. First-year students or freshmen are called “plebes,” and a series of rituals have developed that include climbing a greased monument on campus, dressing a goat in blue and gold, and a graduation hat-toss. 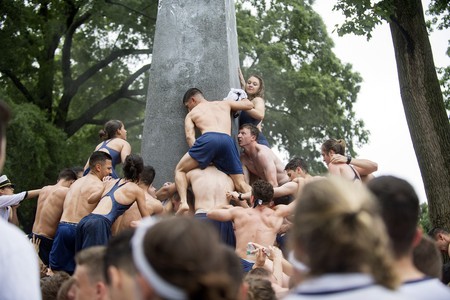 You can visit the Armel-Leftwich Visitor Center on the Naval Academy’s campus. However, due to security concerns, you must have government-issued identification, and unless you have a USNA ID or Department of Defense credentials, you must walk in through the main gate. The visitor center will give you an overview of the Naval Academy, and you can also take guided walking tours of the campus. Nearby, the U.S. Naval Academy Museum displays historical artifacts and interprets the history of the U.S. Navy and the Academy.