A Brief History of the Lithuanian Hall in Baltimore, MD 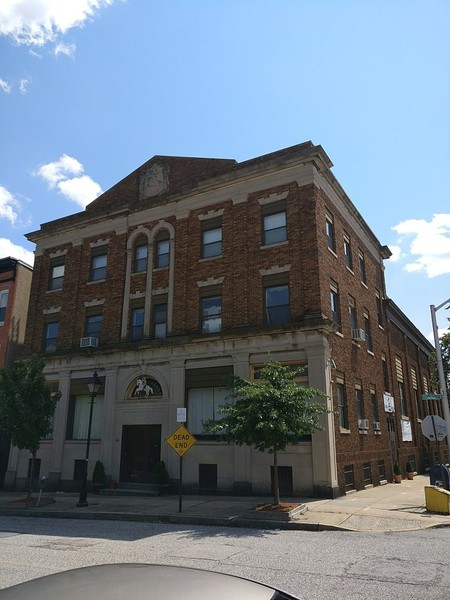 For almost 100 years, the Lithuanian Hall in Baltimore has served as the center for Baltimore’s Lithuanian American population. But for its age, “Lith Hall” has managed to stay surprisingly hip, connecting old world Lithuania to modern Charm City.

Due to a bad economic situation in Lithuania, the first wave of Lithuanian immigrants began settling in Baltimore in the 1880s, continuing through the 1920s. With thousands of Lithuanians nestled together in the Hollins-Roundhouse neighborhood, the area became known as “Little Lithuania.”

The push for a community meeting place began in 1903. But when the first attempt didn’t work for the community, the Lithuanian Hall Association was founded to oversee the construction and management of a new building. The Association bought two properties on Hollins Street and reconstructed them into one building, with the Lithuanian state emblem of the Vytis, a charging white knight on horseback, displayed above the door and on the crest at the top. It formally opened on February 17, 1921, with a month-long celebration. 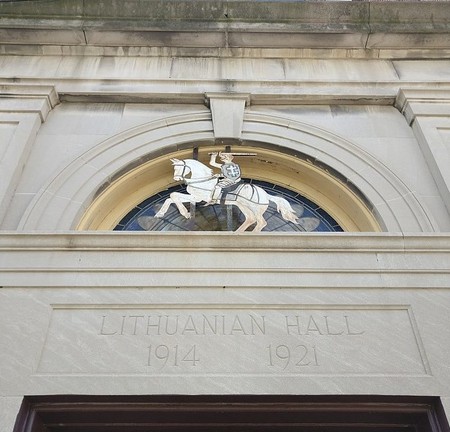 Throughout the 20th century

With a second wave of immigration following the Soviet Union’s occupation of Lithuania in 1940, the Lithuanian population in Baltimore grew to around 10,000 at its peak. The Lithuanian Hall was at the heart of it all, serving food and drink, hosting concerts and dances, and housing multiple Lithuanian organizations. One of these was the National Lithuanian Library, possibly the oldest ethnic minority library in America, which is there to this day.

Lithuanian Hall also played an important role in politics. In its early days, Lithuanian Hall hosted speakers from the Communist Party. This changed in the 1940s when the hall became a gathering place for anti-Nazi and anti-Communism events. When the Soviet Union broke down, the Lithuanian Hall community pushed for President George H. W. Bush to recognize Lithuania as independent, which he did in 1991.

In 1978, the Association opened the Baltimore Lithuanian Museum on the third floor, displaying artifacts of Lithuanian history and Lithuanian American history, from historical documents and photographs to folk traditions and recreations. The museum is only open upon request and during the Lithuanian Festival in May, but it’s better to go with someone who has some background knowledge of Lithuanian culture since written explanations are minimal. 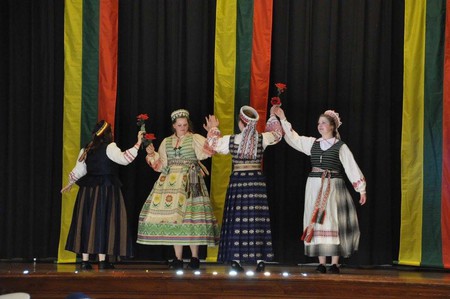 Though many of Baltimore’s Lithuanian Americans have since moved from the neighborhood, Lithuanian Hall remains a community fixture. This is because, aside from continuing to host events such as the annual Lithuanian Festival and the Windmills International Folk Dance Festival, Lith Hall has also become known for its nightlife.

Their hottest event is the “Save Your Soul” underground dance party, held on the first Friday of each month at the basement bar. DJs play vintage soul, funk, R&B and Latin in the basement lounge, while the bar serves Lithuanian beer and virytas (honey liqueur) for a low price. Baltimore director John Waters has even been spotted there on occasion!

You’ll also find fun events including concerts, dances and karaoke nights throughout the year. Plus, every Friday night, you can grab a full Lithuanian dinner. Admission to these events is $5 for members and guests, with annual membership itself only $5. Find the full calendar of events here.