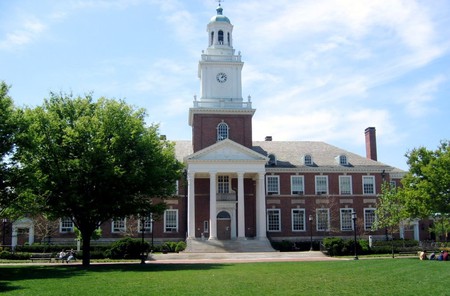 As America’s first research university and the basis for modern medical education, Johns Hopkins University has had an incredible impact on its home city of Baltimore and the world. With a history of over 140 years, here’s a brief overview of this American institution.

Johns Hopkins (whose unusual first name came from his great-grandmother’s surname) was a charitable businessman in 19th-century Baltimore and a key investor in the Baltimore & Ohio Railroad, the first major railroad in the United States. Hopkins had been pulled out of school to help run the family plantation as a boy, but he desired to give others the opportunity to get an education.

He had also witnessed Baltimore’s distress in the wake of war and major fever epidemics and wanted to use his legacy to create better healthcare through education. Most “medical schools” in the U.S. at this time were basically trade schools, which didn’t require a degree. Upon his death in 1873, Johns Hopkins granted $7 million—then the largest philanthropic endowment in U.S. history, and worth over $150 million today—to establish a hospital and associated training colleges, a university, and an orphanage in his name. 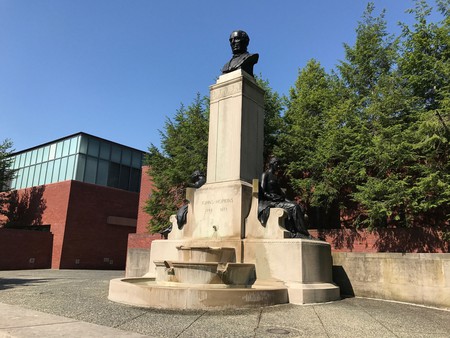 The Johns Hopkins University opened in downtown Baltimore on February 22, 1876, with Daniel Coit Gilman as its first president. Gilman and the trustees dedicated the university to “Knowledge for the world,” making original research the backbone of the institution. Though built on existing German university models, this was a big change from what American colleges were doing at the time. To that end, Gilman launched a university publication agency in 1878 to print and issue their research. Later renamed the Johns Hopkins University Press, it is now the oldest continuously running university press in the U.S.

The School of Nursing and hospital followed in 1889, with the School of Medicine completed in 1893. Because of the contributions of Mary Garrett and the trustees’ daughters toward the School of Medicine, it became the first coeducational graduate medical school, with women accepted on the same terms as men. However, it took until 1970 to integrate women into undergraduate classes. 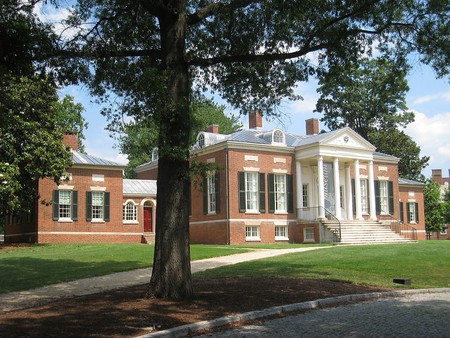 In 1902, the Homewood estate, originally gifted by Charles Carroll (a signer of the Declaration of Independence) to his son, was transferred to the university to build a bigger campus. The main house was kept intact as a museum, and the new campus buildings modeled its Federal brick-and-marble style. While the medical and nursing schools stayed near the hospital, by 1924, the other schools had made their home at Homewood.

Johns Hopkins University is most known for innovations in medical research, pioneering the field of genetic engineering, opening the first American school of public health, and making Johns Hopkins Hospital a top medical institution worldwide. JHU also has advanced, diverse fields like engineering, international studies, history, and literary theory. Its acquisition of the Peabody Institute, the oldest music conservatory in the United States, also sets it apart as a fine arts institution. 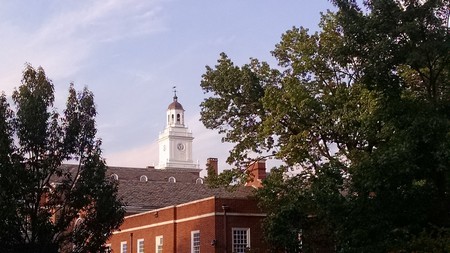 As of 2018, Johns Hopkins University has had 27 Nobel Prize laureates as either students or faculty members, including doctorate graduate Woodrow Wilson, the 28th President of the United States. Other notable alumni include Michael R. Bloomberg, Chimamanda Ngozi Adichie, and John Astin, who currently teaches theater and film there. With a rank among the top 10 universities worldwide in 2018, Johns Hopkins University continues to be a center of knowledge for the world.