A Brief Guide to Baltimore Comic-Con 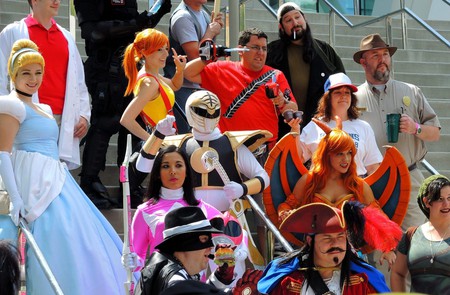 Baltimore Comic-Con takes place in late September at the Baltimore Convention Center, right near the Inner Harbor and the Baltimore Book Festival. Founded in 2000 by Marc Nathan, the owner of the long-running Cards, Comics & Collectibles store in nearby Reisterstown, Maryland, the convention has grown from a one-day show to a three-day event. While Baltimore hosts a number of other geek conventions throughout the year, like Balticon for science fiction and fantasy, Baltimore Comic-Con is dedicated to comics, the artists who make them, and the fans who love them.

One of the advantages of going to Baltimore Comic-Con over the bigger conventions is that it’s easier to get up close with the talented artists, writers, publishers and studios who create your favorite comic books, graphic novels, and webcomics. BCC’s Artist Alley hosts over 200 booths, with artists selling books, exclusive prints, commissions, and handcrafted geek swag. You can buy an exclusive, themed yearbook and hunt down all the contributing artists’ signatures to win bonus prints of art from the issue. There are also a number of retailers selling toys, comics, and more if you’re looking to add to your collection. 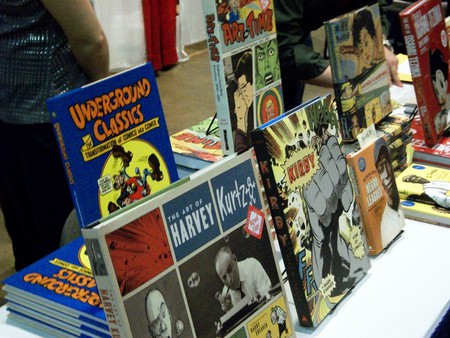 BCC also has plenty of panels to learn about making comics. Past programming has included panels with Marvel and DC Comics artists like Frank Miller, discussions on topics of diversity and representation, and workshops on creating memorable characters and stories. Baltimore Comic-Con also brings in a selection of celebrity guests from popular media for discussions and meet and greets, such as Sean Astin, original Wonder Woman Lynda Carter, and Gotham’s David Mazouz and Sean Pertwee.

And what would a comic book convention be without cosplay? BCC hosts an annual costume contest for professional, amateur, and group cosplayers as well as kids’ costumes, honoring the creativity and hard work that goes into dressing like your favorite characters. Winners receive cash prizes and gift certificates to superhero merchandise vendor Super Hero Stuff. 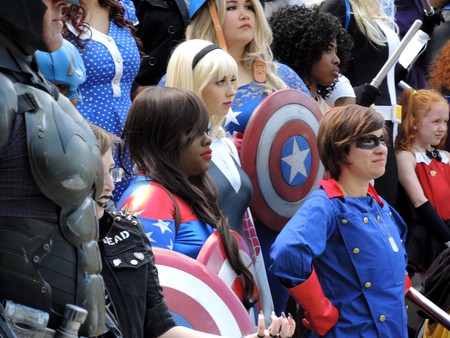 Baltimore Comic-Con is particularly child-friendly, partnering with the Kids Love Comics organization, which promotes creators and publishers of kids and young adult comics and graphic novels for the Kids Love Comics Pavilion. It has over four rows of booths with a diverse group of the best comic creators for young audiences, plus workshops geared to aspiring artists and writers. Past guests have included Kazu Kibuishi, Harry Potter cover artist and creator of the award-winning Amulet graphic novels.

Baltimore Comic-Con also hosts The Mike Wieringo Comic Book Industry Awards, or the “Ringo Awards,” voted on by industry pros and fans for excellence in comics. The awards were named for the late writer and artist, who often signed his work as “Ringo,” beloved for his work on comics like The Flash, Fantastic Four, and Tellos. Nominations and final voting for certain Ringo Awards are open to the public online from March through May, so if you’re a fan, check to see if voting is open and nominate your favorites. 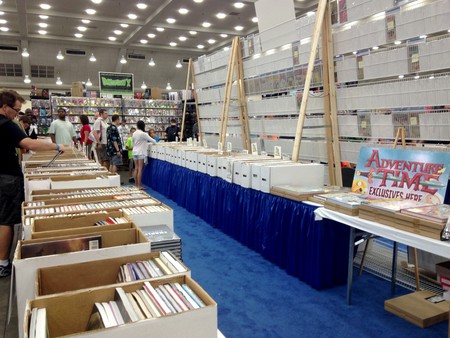 Baltimore Comic-Con 2018 takes place September 28–30. Tickets are available now for $25–35 per day, $65–150 for the full weekend. Please see the official website for updates and information.