15 Reasons Why You Should Visit Baltimore 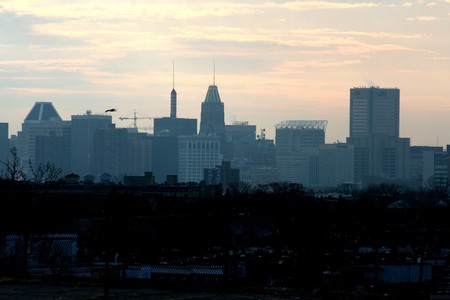 Whether you’re just passing through or you plan on staying in Baltimore, Maryland, either way, this city is a place that you should visit at least once. Here are 15 reasons why you should visit Baltimore and why it’ll be one of the best travel decisions you’ve ever made.

Baltimore has the best crabs and crab cakes in the country

One of the major things that Baltimore is known for is its delicious crabs, and crab cakes with Old Bay seasoning. In some places, if you order a crab cake, you get either filler, fish, or breading inside of the crab cake and hardly any crab. It does depend on where you go, even in Maryland. However, a majority of the time, the crab cakes are filled with crab, spices and deliciousness in every bite. It’s also very common in the summertime for locals to have crab feasts or invite people to their homes to eat crab. 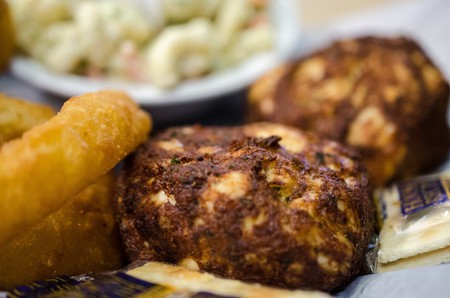 Baltimore is home to the chicken box

Have you ever heard of a chicken box with salt, pepper and ketchup? Sometimes you may even add some Old Bay seasoning to the chicken wings to give them a little extra flavor. If you’re in Baltimore, you have to order a chicken box. You can go to any Chick’n Trout establishment or America’s Best Wings and order one and the people behind the counter will take care of you. The chicken box usually contains chicken wings and fries and you simply choose how many of each you want to go into your box. Then you eat up and enjoy.

You can only get a real half & half from Baltimore

What is a half & half, you may ask. A half & half is a drink that contains half lemonade, half iced tea. You can go to any Chick’n Trout place or America’s Best Wings to order one. You can even order one at one of the local Chick Fil A’s in the Baltimore area. Either way, if you go up to the counter and ask for a half & half, the people who work there won’t look at you strangely; they’ll just give you your yummy drink. It’s also good to note that a half & half goes perfectly with a chicken box. 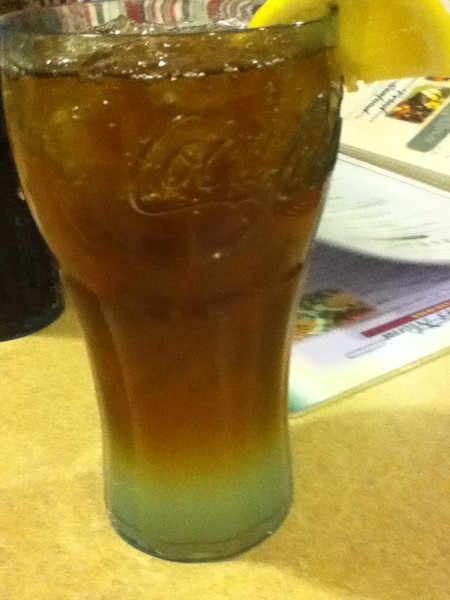 Baltimore has a booming city area with waterfront homes

Years ago, many people from the Baltimore Metropolitan area began to move to the suburbs in order to get away from city life and make a change. However, in recent years, there has been a major surge of people returning to homes in the downtown area of Baltimore City, especially in the area surrounding the Baltimore Inner Harbor. People want to live close to the water and therefore have moved into million dollar homes surrounding the harbor. It’s safe to say there’s just something about city life that keeps people wanting to be a part of it. 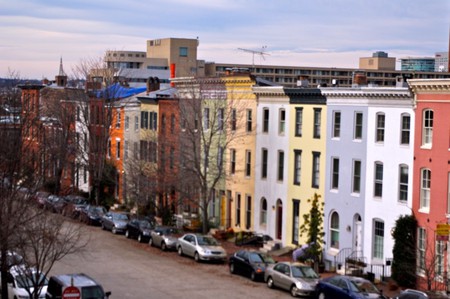 Baltimore is home to the Baltimore Ravens

Baltimore is home to the two-time Superbowl champions, the Baltimore Ravens football team. This team is consistently underrated and underappreciated within the league and by other rival fans. The Baltimore Ravens are a part of the AFC North, accompanying the Cleveland Browns, Cincinnati Bengals and their division rival, the Pittsburgh Steelers. Baltimore loves its football team and supports them on game days and even have designated days in which fans wear their purple insignia in a show of support (Purple Fridays).

#Panoramic view from my seats at the #Ravens stadium #Section144

There are many quaint local wineries for you to visit

Baltimore is full of wine lovers and, as such, those wine lovers frequent many local wineries that have great deals and experiences to offer. One such popular winery is the Basignani Winery, located in Sparks, Maryland. This winery offers tours and activities, such as Friday night movie nights, and sometimes they offer freshly baked pizza as well. These types of wineries are very relaxing places to visit, especially when you’re able to sample the various wines they produce and take some home with you to add to your collection.

Recharging the batteries for a new week!!!

Who doesn’t love a good cupcake? Cupcakes are really trendy right now and, as such, Baltimore has many local specialty cupcake shops that create amazing work. They’ll make you never want to eat another store-bought cupcake ever again. These cupcakes are made fresh daily, and you can also place orders for special ones that may not be on the list, or offerings of the day. One such place is Fresh Bakery, which is located in Owings Mills, Maryland. Their cupcakes are not the typical round shape—they’re square and come in square boxes. Cute, right? 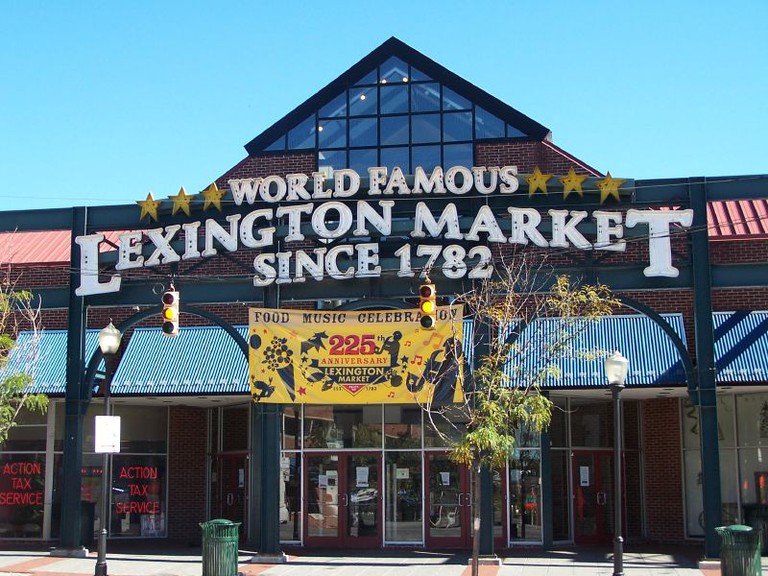 Lexington Market | © Makuahine Pa'i Ki'i/Flickr
Lexington Market is the oldest market in the United States of America, as it was founded in 1782. This market is a plethora of many small shops, vendors, and people. It’s located in the downtown area of Baltimore City and it always has many people standing inside and outside of the market. Inside of the market, you can purchase a variety of items that you may not be able to get anywhere else, such as fried chicken gizzards or other things that your local supermarket wouldn’t carry. Lexington Market is also a great spot to venture to for lunch—as there are so many options available, you’re bound to find something you want to eat.
Open In Google Maps
400 West Lexington Street, Bromo Arts District, Baltimore, Maryland, 21201, USA
+14106856169
Visit Website
Give us feedback

Captain Crunch french toast is one of our specialties

You can only get Captain Crunch french toast at one place in Baltimore: Blue Moon Café. This is an iconic spot to visit for breakfast as it has been featured on Food Network and that, of course, is a pretty big deal. The Captain Crunch french toast is their main staple breakfast item and you can also add eggs, bacon, or whatever else you would like to it as well. This dish is absolutely delectable and incredibly filling as you receive three huge pieces of french toast with fruit on top. Ready to dig in? 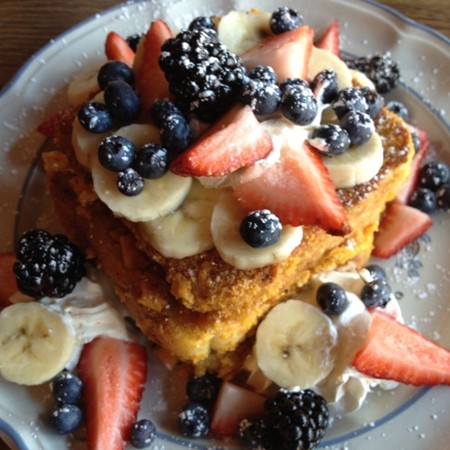 If you’re a literature lover, then you’ll know who Edgar Allan Poe was and his many literary works that he published before his death. When Poe died, he was buried, unceremoniously, in an unmarked grave in a Baltimore graveyard. Twenty-six years later a statue was erected, honoring Poe, near the graveyard’s entrance. In Baltimore, there is an Edgar Allan Poe House Museum for those who are interested in his life, his works, and his death. It may be something you want to check out.

The Under Armour World Headquarters resides in Baltimore

In Baltimore, downtown, near the Inner Harbor, the Under Armour World Headquarters resides right on the waterfront. Under Armour is a major athletic apparel company that produces athletic wear for everyday athletic people and for professional athletes, such as Stephen Curry and Tom Brady. These headquarters are beautiful on the inside, as well as on the outside, as it sits right in the heart of Baltimore. By the headquarters being located downtown, it has also brought many jobs to the area, which is a good thing for the community.

What are Berger Cookies, you may ask. Berger Cookies are a cake-like cookie with thick, chocolate fudge icing on top. It is a recipe derived from Germany, and these cookies are just as good as they look. The cookies are far from thin and far from flavorless. They are sweet, yet soft, and go great with any occasion. All you need is a glass of milk and you can eat up!

Lake trout are not only a delectable type of white fish, but it tastes even better with fries and a half & half on the side. In Baltimore, lake trout establishments are a dime a dozen, ranging from Baltimore City to Baltimore County. These places specialize in fried foods, namely the fried lake trout fish and fried chicken wings. If you’re looking for a tasty, quick, seafood option for lunch or dinner, lake trout is the way to go.

Baltimore is the home of the hubcap margarita

Who doesn’t love a good drink? Well, try one hubcap size! Hubcap margaritas are margaritas that you share with at least one other person, and the drink comes in a hubcap. So that means if you’re sharing with someone, make sure that they can keep up with you so that you won’t have to finish the hubcap by yourself. These hubcaps are absolutely yummy and the variety of flavors that are available will make you want another one.

Baltimore is the home of the National Bohemian beer (Natty Boh)

Natty Boh beer is the official beer of Baltimore. It’s always served at baseball and football games, and it’s also paired well with crab when people eat them in the summertime. Natty Boh originates from Baltimore and was first brewed in 1885. Considering this beer is still around and local people from Baltimore still enjoy drinking it, it’s safe to say that if you come to Baltimore, you have to grab a can of Natty Boh and see why everyone loves it.