13 Habits You Pick Up Living in Baltimore, MD 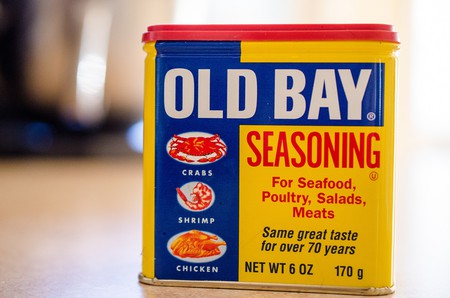 Baltimore is known for its authentic, quirky character. Live in Baltimore for a while and you too will pick up some of the odd habits that make the people of Charm City so charming. Here are some of the things you’ll pick up while living in Baltimore.

You eat crab with your hands

Maryland is known for its blue crabs, and any Baltimorean will tell you there is an art to eating them the right way. While there are many ways to enjoy crab meat in Baltimore – in crab cakes, mac n’ cheese, dip, or even on pizza – whole crabs must be steamed, seasoned with Old Bay, then cracked open and eaten by hand. Don’t even think about picking up a fork! 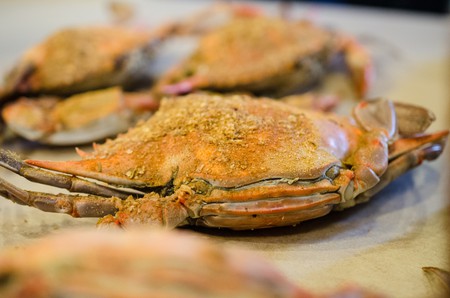 You put Old Bay on everything

Speaking of Old Bay seasoning, this signature flavor of Baltimore is not just reserved for crab or seafood. No, you’ll get into the habit of using that signature blue-and-yellow container for everything – fries, chicken wings, eggs, popcorn, you name it. And you’ll find it in everything too, including caramel candies and ice cream. In Charm City, a little seasoning goes a long way.

Natty Boh is your beer of choice

Even though it isn’t made in Baltimore anymore, a whopping 90% of National Bohemian beer sales are from Baltimore. Its mascot, with his signature mustache and single eye, is all over town. You wouldn’t be caught dead without a can of Natty Boh in hand when you’re out and about in Baltimore, especially in the summer. 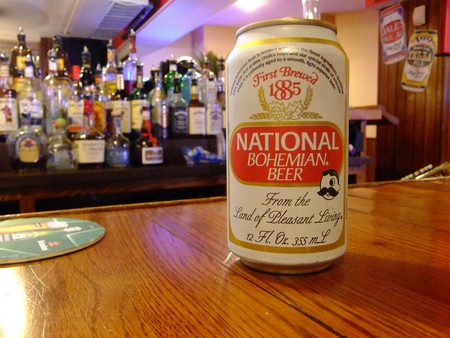 You get excited when you see Baltimore onscreen

Unlike New York or Los Angeles, Baltimore gets little representation onscreen. So when you do spot a familiar Baltimore landmark, it’s a thrilling sensation. You’ll rewatch Sleepless in Seattle and cheer when you spot the marina in Fells Point, or the Washington Monument in Mount Vernon. Eagle-eyed viewers of The Social Network will notice the characters aren’t walking around Harvard but the Johns Hopkins University campus. And on the small screen, binge-watching House of Cards or The Wire is a whole new experience after living in Baltimore for a while.

You get annoyed when The Wire comes up… again

That said, while Baltimoreans like The Wire, it gets frustrating when it’s the only thing that comes up when talking to outsiders about Baltimore. The grit, crime and poverty portrayed in The Wire is just one piece of Baltimore – imagine if Law & Order was all there was to New York. You may get a little defensive next time someone who is not from Baltimore brings it up.

You learn to understand “Bawlmerese”

Lifelong Baltimore residents have a particular way of speaking that can be tricky to understand, with a mix of Southern, Mid-Atlantic, and blue collar influences contributing to the thick accent. Even different populations within the city speak slightly differently. But after a while, you can easily understand “Bawlmer” or “Baldamore” as Baltimore and “wooder” as water. If you hear someone talking about “dem Os,” you know they’re Baltimore Orioles fans. But be warned — attempting to mimic the accent can get you the stink eye from a native, so best not to try.

You call everyone “hon”

“Hon,” the shortened form of “honey,” means a lot of things to the people of Baltimore. It has its own culture, its own style, even its own café and festival. But mainly, “hon” is just what everybody calls everybody in Charm City, habitually tagged onto the end of a sentence like “How’s it goin’, hon?” Once you embrace the habit, you’ll be calling complete strangers “hon” and no one will bat an eye. 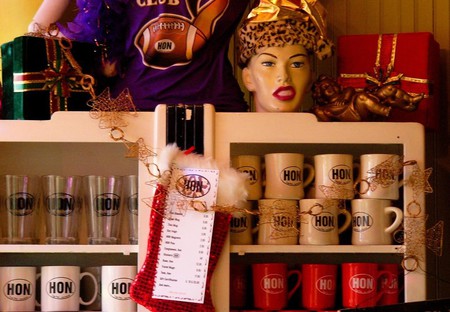 You rock the orange and purple

Rooting for the home team in Baltimore means sporting Orioles orange and black during baseball season and Ravens purple during football season. You’ll find sports bars decked in team colors all over town, and when one of the teams is up for the championship, the whole city changes color to show their support. So even if you aren’t a sports fan, you’re sure to find more orange and purple in your wardrobe while living in Baltimore.

You see – and sing – “The Star-Spangled Banner” differently

Outsiders may know that Baltimore is the birthplace of “The Star-Spangled Banner” – it is, after all, the official city slogan. But living there gives you a whole new appreciation for the national anthem. And because of the Orioles (aka “dem Os”), you also join in with the rest of the city when they shout out the “O” near the end of the song.

Who needs March Madness when you have lacrosse?

Where other cities rally around college basketball or high school football teams, Baltimore comes out for lacrosse. Since 2004, lacrosse has been Maryland’s official team sport, with kids all over the state playing from the time they’re toddlers. Baltimore colleges like Johns Hopkins University, University of Maryland, Loyola College, and Towson University all have championship lacrosse teams. So when you’re not watching the O’s or the Ravens, you’re probably watching college lacrosse.

Local is the only way to shop

Baltimore has the oldest public market system in the country, and the quality of those markets stands to this day. Baltimore has built its communities around its markets, most notably Cross Street Market and the historic Lexington Market, as places for people to mingle and buy fresh local goods. So if you weren’t buying local before coming to Baltimore, you definitely are now. 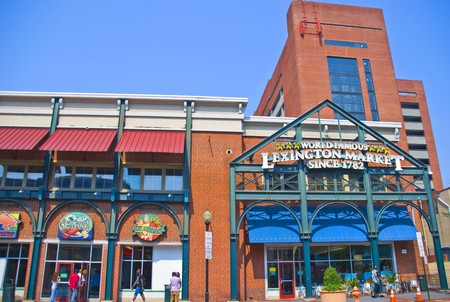 Hairspray is your jam

Hairspray, the 1988 John Waters movie, was already beloved in Baltimore for capturing the early Civil Rights Movement in a fun, colorful way. So when the 2002 Broadway musical adaptation became a hit, going on to spawn national tours and concerts, a 2007 film (shot mostly in Toronto!), and a 2016 live TV performance, Baltimore basically got its own soundtrack. Don’t be ashamed if you know all the words to “Good Morning Baltimore” – you’re not alone.

You quote “The Raven”

If you’re not into football, you’re likely into ravens of the Edgar Allan Poe variety. Gothic poet Poe grew up around Baltimore, before dying and being buried there years later. As such, Baltimore has a deep appreciation for Poe, so much that they voted to name the football team for his most famous poem. Poe isn’t the only famous writer from here – Baltimore’s thriving literary scene has been home to many writers over the years, like Upton Sinclair, Gertrude Stein, and F. Scott Fitzgerald, or more recently Alice McDermott, Ta-Nehisi Coates, and Chimamanda Ngozi Adichie.