11 Things You'd Only Find in Baltimore 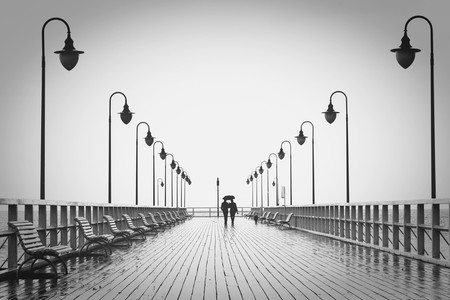 A Walk on a Bridge | © Pixabay/Pexels | Pexels.com

As anyone who has visited Baltimore, Maryland, knows, the city is unique—it’s small, but still big and vibrant. Not only does it have character, but it’s full of sites and activities that are only found here. In Baltimore, you’ll not only find the best crab cakes, but you’ll also get a chance to visit the city’s oldest market, experience local cuisines, and much more. 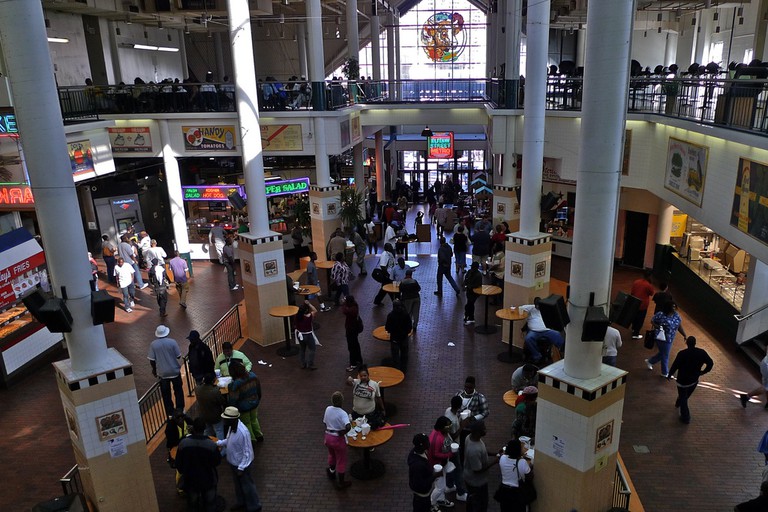 Lexington Market | © K. Kendall/Flickr
Lexington Market is not only Baltimore’s oldest market, but it was founded in 1782, which makes it the oldest market in the U.S., too. Among the 95 vendors, visitors will find an authentic Baltimorean experience filled with locals selling their culinary creations, such as the authentic Berger cookies, Connie’s Chicken and Waffles, and Konstant’s Candy. The market is easily accessible, no matter your choice of transportation; walk, drive, take the bus, the Baltimore light rail, or the subway trains.
Open In Google Maps
400 West Lexington Street, Bromo Arts District, Baltimore, Maryland, 21201, USA
+14106856169
Visit Website
Give us feedback

If you have an intense craving for an amazing crab cake, Pappas Restaurant & Sports Bar is the place to go. At Pappas, they pride themselves on their crab cake recipe and refuse to let anyone else in on the secret. They’re known around the city to use the freshest ingredients of the highest quality and to have very fair prices. 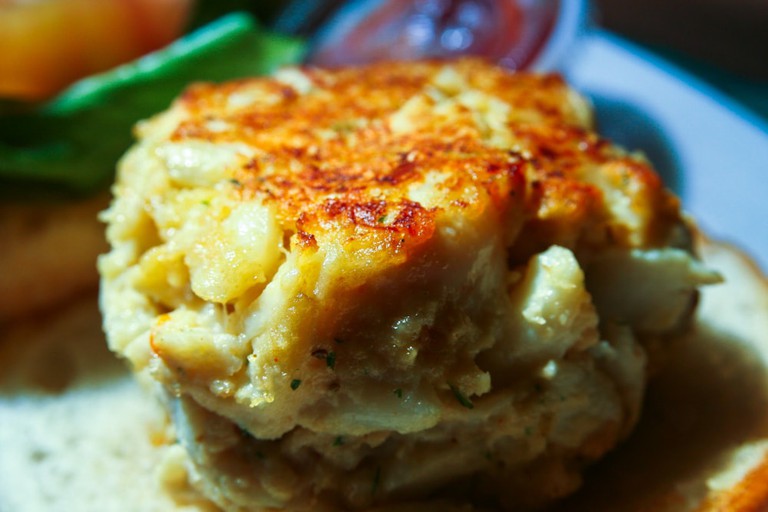 The Filming Locations for The Wire

Those that have so much as heard of HBO’s hit TV show The Wire know that it was filmed in the city streets of Baltimore. This show has had many fans throughout the years, even accumulating more viewers after the series ended. The cast and crew filmed in some of the more well known rough spots in the city, including Fulton Ave., W. Fayette Street, and Martin Luther King Jr. Blvd., which bolstered the series’s authenticity and grit.

If you’re a true Baltimorean, you know the name of the city is actually pronounced “Bawlmer.” Or you ask for a glass of “wooder,” not water. Saying these words differently by no means suggests a lack of intelligence on anyone’s part; it’s simply how Baltimoreans speak and express themselves. There’s just something different about the Baltimore accent.

Appreciating a Good Bottle of Beer

National Bohemian Beer (Natty Boh, for those in the know) was first brewed in Baltimore. This iconic Baltimore beer, known for its fun mascot with one eye, a handlebar mustache, and an endearing smile, has remained a staple in the city throughout the years and is even the official beer sponsor of the Baltimore Orioles, Baltimore’s official Major League Baseball team. 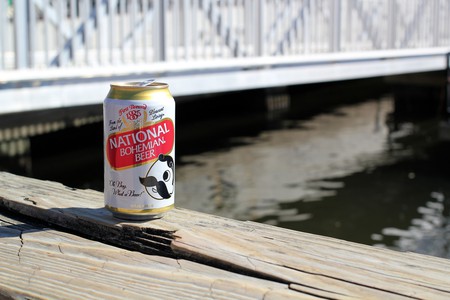 Artscape is a special annual event in the city of Baltimore, and it is the largest free arts festival in the U.S. The three-day festival attracts more than 350,000 attendees every year and features more than 150 artisan vendors, as well as local cuisine, beer and other beverages, live concerts, and visual art exhibits. Artscape is a great deal of fun and has something for everyone, including family-friendly activities.

Stroll Around the Inner Harbor

The Baltimore Inner Harbor has a medley of outdoor activities and is home to many restaurants, as well as the National Aquarium, Ripley’s Believe It or Not, the Maryland Science Museum, and many other exciting places. The Inner Harbor is surrounded by water and makes for a nice place to take a walk and enjoy the fresh air. It’s also the perfect place to visit in the heart of downtown and to create memorable adventures of your own. 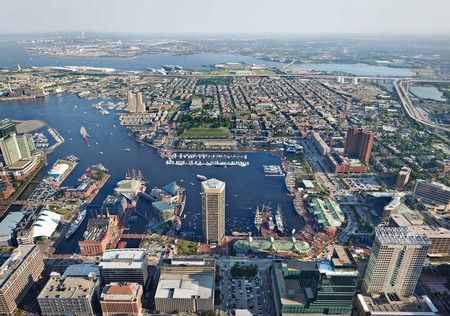 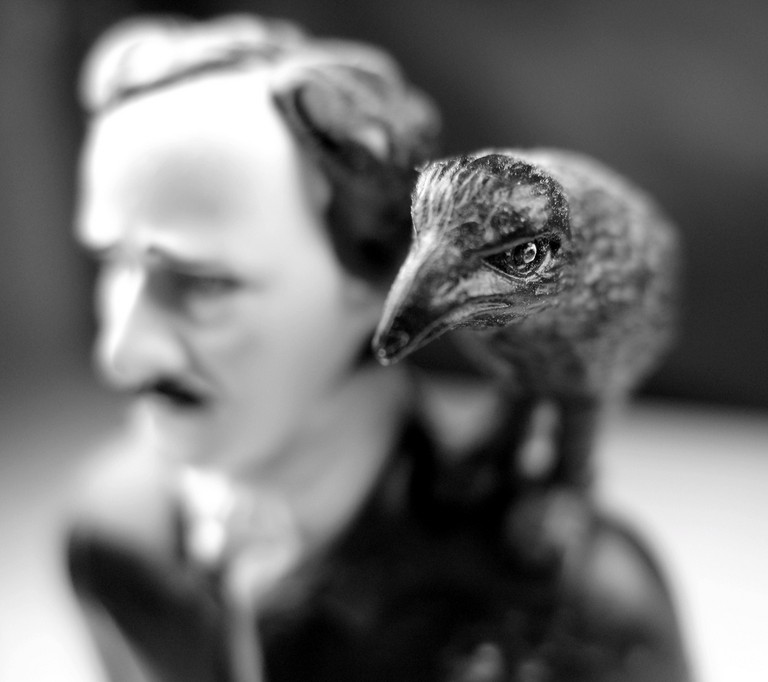 The raven | © Kevin Dooley/Flickr
Edgar Allen Poe was a truly influential writer whose written work touched lives even after his death. Visit his home in Baltimore, as well as his gravesite, and learn about his life’s work and what inspired him to become such an impactful writer. Poe will always have a spot in Baltimore history, as his legacy lives on in a variety of ways, including with the Baltimore Ravens mascots, aptly named Edgar, Allen, and Poe.
Open In Google Maps
203 North Amity Street, Poppleton, Baltimore, Maryland, 21223, USA
+14104621763
Visit Website
Visit Facebook page
Give us feedback

Old Bay seasoning is a Baltimore staple. Although it’s shipped around the country, it is always made in its Baltimore home. Old Bay is a mixture of spices that can be generously sprinkled on any food, such as chicken salad, seafood, chicken wings, ribs, and tuna salad. You’d be hard pressed to find a Baltimore home that doesn’t use Old Bay in some form or fashion. 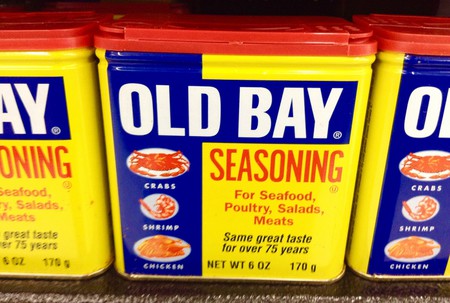 Ledo Pizza was founded in Adelphi, Maryland, in 1955. Since then, the tasty pizza squares have become a major brand in the state, and there are now franchises throughout the greater Baltimore metropolitan area and beyond. Locals love the thin crust that is never doughy but always hot and freshly prepared. 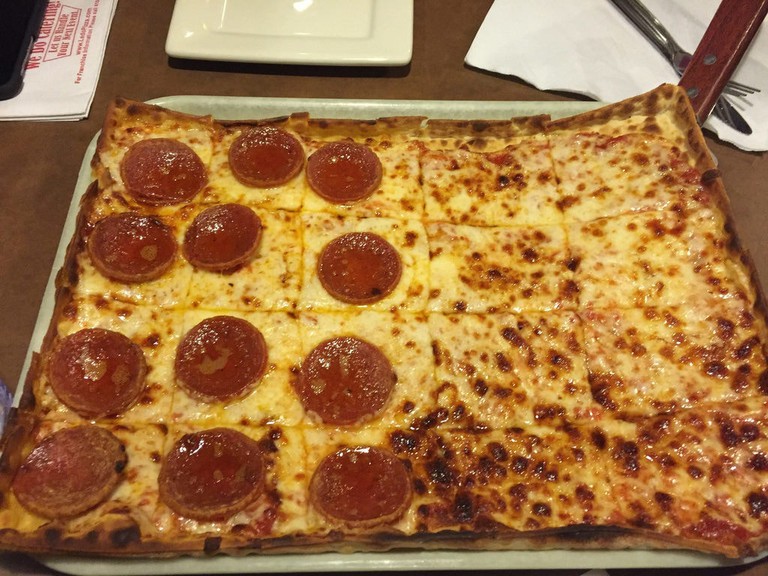