This Restaurant in Maine Accepts Reservations Via Snail Mail 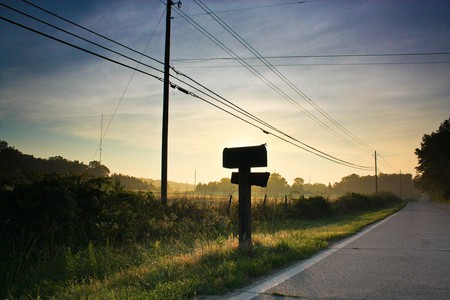 While there’s no doubt that mailing a letter probably takes more time to write and send than an email, phone call, or text, it can also be a more personalized way of communicating. For one Maine restaurant that has started to accept reservations by mail only, the extra effort is worth the wait.

TODAY is the day!!! #thelostkitchencookbook is officially available at your favorite bookseller! We poured our hearts into the pages and hope you love this book as much as we loved making it. Thrilled to be celebrating at Left Bank Books in Belfast tonight at 7pm! Spreading our love for the most special place in the world, Maine! ❤️ photo by @nicole_franzen

The highly accredited The Lost Kitchen, led by founder and chef Erin French, is known for its local New American fare that garnered significant media attention last year. French has also gained quite the following for her open, intimate, and personal approach—a genuine authenticity not typically seen in a chef of her caliber.

In the same intimate vain, French decided to make the reservation process a little more personal. The 40-seat restaurant located in Freedom, Maine, is only accepting snail mail reservations for 2018.

This decision came after the restaurant received 10,000 phone calls the day it opened up for reservations last year. Uninterested in dealing with another year of buried voicemails, French will only be accepting patrons for dinner if they reserve via mail.

Those looking to dine were encouraged to send a postcard—specifically, a 3″ x 5″ notecard—by mail during the designated period (from April 1 to April 10). Though this year’s deadline has passed, be sure to mark your calendars for March 2019 when reservation details will be released. And if snail mail isn’t quite your thing, or if your handwriting is just plain bad, The Lost Kitchen does recommend other dining establishments for your convenience.

If you can’t wait another year, check out Erin French’s new cookbook, and try out The Lost Kitchen recipes yourself.